Is it time to hold an in-person business event in New Hampshire?

Some takeaways after attending the BIA’s first Covid era gathering 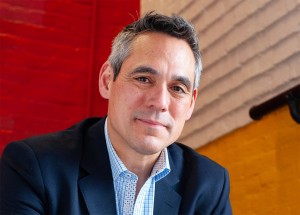 Despite an agenda described by organizers as “rock solid,” including in-person appearances by New Hampshire’s sitting governor and his former-governor father, there were a good many unclaimed name badges on the registration table at the Manchester Country Club on Aug. 4.

The Business and Industry Association of New Hampshire’s Economic Summit, with a roster of high-level speakers that seemed perfectly designed to appeal to C-suite business leaders from around the state, had initially filled the 115 available seats. But by the time the presentations began on Tuesday morning, the majority of attendees, including those who’d been confirmed even the day before, had dropped out, with about 35 of the original 115 registrants occupying tables for the daylong conference and luncheon.

The takeaway from BIA President Jim Roche? “I’m not sure we would do another event live before a vaccine comes out.”

NH Business Review was among the sponsors of the event, and between that, the strong content and my interest in the viability of events in general (they are big part of our operation as well), attending the summit seemed like a reasonable choice. I presumed we’d be masked when up and about (we were) and that with social distancing, an event like this would be akin to dining in a restaurant during the post-reopening Covid era. But as I found a seat, I realized there were substantial differences between my feelings about a restaurant with a friend or relative, and about a networking event.

First, at a restaurant, you know your tablemates. You’ve arrived together, or met there, and there’s a sort of tacit social contract among you. And while it could be presumed that same contract exists between attendees at an event, it’s harder to “feel it” in your gut when it’s a stranger at your table, even if they are seated six feet away. Especially when they cough.

“My takeaway is that people are not ready for in-person events,” Roche told me after the event. He was confident the content would have been a draw under different circumstances. And even amidst the current Covid anxiety, some people came out, and they stayed through the whole event.

“There were major players, major business leaders in the room. The CEOs, COOs, CFOs; people running significant enterprises around the state. The content was just outstanding and that was borne out by those who did attend, and who were willing to stay there for six hours,” he said.

That the event’s presenting sponsor, JPMorgen Chase, had a positive outlook on proceedings despite the limited turnout (always something an event organizer is anxious to hear). Tom Cunningham, vice president, commercial banking, at Chase’s Manchester office, was there at the event. “As part of JPMorgan Chase’s ongoing commitment to New Hampshire, we appreciated having the opportunity to sponsor the Economic Summit,” he wrote me later. “The event provided a terrific lineup of speakers, excellent information, and thought provoking questions. The BIA and Manchester Country Club did a tremendous job making all the attendees feel safe and welcome.”

The decision to hold in-person, or hybrid in-person and live-streamed events, is one many industries are wrestling with.

For some – performing arts venues come to mind – there needs to be a path back to physical attendance if they are to survive. For business organizations like the BIA or local chambers of commerce, event revenue can be a crucial component of the budget. It’s also important to publishers like us, who for years have looked at events as a way to diversify revenue in the face of declining print dollars and digital dollars still coming up to speed.

That means there are many business leaders around the state trying to figure when and how we can safely bring people together again – in person.

Roche decided to go ahead with this as an in-person event based on the data he had at hand. In late April, the BIA surveyed members asking who would be willing to attend an event when the emergency stay-at-home order was lifted. The response was positive.

But Roche thinks something has changed between April and now.

“What we didn’t understand back then was – even if you get the virus and you get to the other side – there doesn’t seem to be any guarantee that’s the end of it for you.” The lingering effects some people experience even after generally recovering from the virus have changed the outlook, he says.

It may be that people assumed when the stay-at-home order was lifted the pandemic would be over, or mitigated to the degree where it wouldn’t be a top-of-mind concern every time someone goes out of the house. Instead, we’re living with a tremendous amount of uncertainty.

NH Business Review’s experience aligns with that observation. Last month, we surveyed last year’s attendees of our Powered By Women event, which we held out some hope of holding again in late September. Only 20% said they would consider attending in person. We decided to hold a live-stream event.

While the daily number of new infections in New Hampshire and other northern tier New England states remains low compared to the rest of New England or the country as a whole (a fact emphasized by the current Governor Sununu in his remarks), it doesn’t relieve the uncertainty that’s likely to keep a large percentage of potential attendees home.

All that said, there were bright spots in the day, including the great content, the fact that more than 30 business leaders came out, and the protocols the BIA and Manchester Country Club put in place, from social distancing, to food service to A/V (audience members were asked to mask up to go to the mic to ask a question, and A/V team members wiped mics down after each use).

And the whole experience provided the BIA, and all the rest of us who are trying to figure out what to do with events, some important data. We need that to keep learning from as we chart the course for events during the rest of this unprecedented year and beyond.