Is 2020 the year for expanded net-metering in New Hampshire? 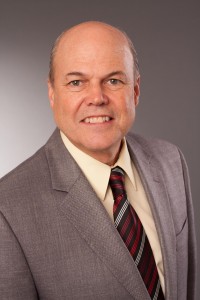 We have been here before. In 2018, it was Senate Bill 446 sponsored by Republican Sen. Kevin Avard and many others. In 2019, it was House Bill 365 sponsored by Democratic state Rep. Howard Moffett with broad bipartisan co-sponsors. Now, in 2020, the full House is preparing itself to once again vote on the expansion of net-metering projects from 1 to 5 megawatts on June 11. Twice before, these bills were approved by both the House and Senate, only later to be vetoed by the governor. So why will this year be any different?

1. Compromises have been made

2. The players have been unmasked

Net metering has been under attack from outside special interest groups in New Hampshire since 2015, largely led by the New England Rate Payers Association. Earlier this year, NERA filed a petition with the Federal Energy Regulatory Commission asking it to declare “exclusive” federal jurisdiction over wholesale energy sales from generation sources located on the customer side of the retail meter”. This would allow FERC to assert control over all state net-metering programs, including in New Hampshire.

Recent articles have been published by Ralph Jimenez of the Concord Monitor and by Dave Anderson of the Energy and Policy Institute outlining NERA’s recent actions. along with the Ratepayers Legal Defense Fund, a nonprofit company formed by Marc Brown (NERA’s president) along with both Michael and James Sununu, Governor Sununu’s brothers. Those who have followed energy policy in New Hampshire are well aware of the collaboration between Marc Brown and Michael Sununu, both representing NERA before state governmental bodies against the expansion of net metering. Brown and the Sununu brothers have now upped their game to the federal level in their fight against renewable energy, and their unfettered access to the governor and his legislative priorities can no longer be ignored.

For the past two years, the governor has used the premise of hundreds of millions of dollars of cost-shifting to ratepayers to justify his veto of net-metering expansion bills, always with no substantiation of his claims. On Jan. 2, Representative Moffett , vice chair of he House Science, Technology and Energy Committee, met with three Eversource representatives at their offices in Manchester. Below is a snippet from his recent article on HB 1218:

“Madeleine Mineau of Clean Energy NH and I sat down with three Eversource representatives at the company offices in Manchester. In response to our questions, Rick Labrecque, manager of distributed energy resource planning, explained that for the most part, Eversource simply doesn’t count energy produced and consumed behind the meter when it records the balance of an individual customer’s daily ‘load’ provided by Eversource. And when customer-generators as a group produce net energy for the grid, that reduces the ‘aggregate load’ of all Eversource retail customers. That in turn reduces the total amount of energy Eversource buys at wholesale from its contract suppliers of “default energy service.

“But Eversource doesn’t treat all net-metered energy transactions that way. Acknowledging ‘sort of a subjective approach,’ Labrecque said some unspecified number of Eversource’s large customer-generators – ‘basically those that get more than about $10,000/year’ in credit for energy exports to the grid — are accounted for not as retail customers reducing retail load, but as wholesale generators, whose power Eversource sells into the wholesale market, at prices averaging 2-4¢/kwh.”

Eversource ‘buys’ that net-metered energy at the PUC rate of 8¢/kwh, but instead of treating it as retail load reduction, it “sells” that energy into the wholesale market, adds two-way transmission charges despite the fact that net-metered exports to the grid use only local distribution wires, and takes a “loss” of some 5¢/kwh that it then proposes to shift to other ratepayers. If this kind of “subjective accounting” creates avoidable “costs” on that scale, it could indeed cost ratepayers hundreds of millions of dollars over a decade or more. But it’s totally unnecessary and inappropriate.

Both HB 1218 in 2020, as well as HB 365 in 2019, would specifically eliminate any possibility for Eversource to turn net-metered energy into a loss in the future by treating all net-metered energy as “load-reducing” energy. Said another way, the losses that exist today and the cost to consumers over the past year are directly a result of the governor’s veto of HB 365 last year. The New Hampshire utilities that account for net-metered energy in this way (Eversource and Unitil) both have ISO-New England regulated transmission line assets to protect. HB 1218 would protect ratepayers from utilities behaving in their best interests rather than ratepayers best interests when it comes to the accounting for net-metered energy.

We all know what the Covid-19 pandemic has done to our unemployment rate. Implementation of HB 1218 into law would allow many stalled contracts to move ahead between energy development companies and public and private interests that would boost employment at a critical time in our history … without raising taxes. These are truly the kind of fast-tracking “shovel ready” projects that will impact our local economy in a positive way.

Again, due to Covid-19 impacts, lawmakers are already aware that state tax revenues will be decreased below their 2020 projections and unfortunately probably beyond 2020 as well. Likewise, as a result of lower business tax revenues, current state law requires business tax rates to go higher … a double whammy for businesses, lower revenues and higher taxes.

There you have it – the top five reasons expanded net-metering legislation, in the form of HB 1218, will become law in 2020. Did I fail to also mention it’s a big election year?

Good leaders learn when to say “no” and when to say “yes.” And 2020 is a “yes” year if I ever saw one. Let’s get this done ASAP, and get New Hampshire moving back in the right direction.