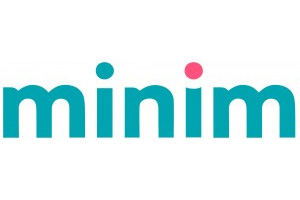 Minim, the Manchester-based developer of internet of things software and hardware, reported net revenues of $13.7 million in its first quarterly report as a publicly traded company.

The company, which sells its products under the Motorola brand, said that, for the year, it had $48 million in net revenue, a 28% increase from 2019, which was before the Minim’s December 2020 merger with Zoom Telephonics.

The gross profit was reported at $13.6 million.

The fourth-quarter revenue of $13.7 million was 14% higher than the previous quarter, Minim reported.

“We are extremely proud of our operational and financial accomplishments in 2020, which position our company well for continued growth in 2021,” said Gray Chynoweth, Minim’s CEO.

In a March 9 conference call, Chynoweth said the Minim and Zoom Telephonics have been “smoothly integrated” across departments. “In other words, we’re well underway to building a vertically integrated franchise with an innovative hardware/software road map designed to attract and delight customers.”

He said that, among the quarter’s highlights, was its launch of software-enabled Motorola-branded modem that are being sold by Amazon and Target.

“We remain focused on pursuing the large opportunity ahead of us as we build out our relationships to reach more customers in more geographies,” said Nicole Zheng, chief marketing officer, pointing to the continued expansion of its retail strategy.

“We are committed to continuing to launch innovative solutions that leverage our technological strength to address new customer needs,” she said.

Minim was founded in 2017 by Jeremy Hitchcock, founder of Dyn. He is executive chair of the firm, which he said he started “to advance the smart home.” He said the firm’s goal is “to give consumers the same protections on their data that was afforded by big enterprises.”