As need for supports grows, workforce shortage does too

Confronting a statewide workforce shortage that is affecting human services, from education to healthcare to disability supports, One Sky Community Services in Portsmouth recently hosted a roundtable discussion about the crisis.

At the table were Chris Muns, CEO of One Sky, Jay Couture, president and CEO of the Seacoast Mental Health Center, Peter Francese, principal of the New England Consulting Group, Kathleen Reardon, CEO of the NH Center for Nonprofits, and Le’Ann Millinder, state director of The Institute of Professional Practice Inc.

The clouds hovering over the conversation are the demographic trends that are simultaneously turning away a viable workforce while turning the state into one of the oldest in the nation. According to Francese, “in seven of the 10 counties in New Hampshire, the only population growth  at all are people 65 and over.”

Francese, a demographer, co-authored a book and continues his involvement in a documentary film initiative called “Communities and Consequences,” both of which highlight demographic changes in the state that are leading to workforce shortages in many sectors. The impact on support services can be devastating, said Millinder. “The pool of people who need one sort of human service or another is getting larger. And the pool of people who are available to do that work is getting smaller.”

This shouldn’t come as a surprise to anyone. The workforce providing direct long-term supports and services for people with disabilities and acquired brain disorders has been operating in crisis mode as a matter of routine for years. 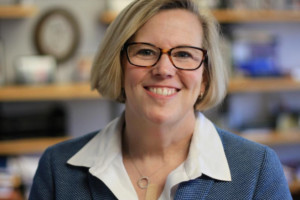 “We have over 200 vacancies in any given month in the 10 mental health centers in the state, and most of those are clinical,” said Couture. “At my center, it takes 100 days to fill a spot, from the time I post it to the time they start.”

“In the developmental disabilities system, it’s about 500 openings, of which about 400 are direct support,” Muns added. “That’s just within the 10 area agencies” he said, and not among contracted providers.

Serving more than 13,000 people with developmental disabilities and acquired brain disorders in the state, the 10 area agencies, including One Sky, have been facing regular vacancy rates for direct support providers represent about 10% of the total number of positions in the entire system.

“I’m losing almost a quarter of my workforce every single year,” she said.

Couture said she sees clinical staff siphoned away by for-profit competition offering higher wages and benefits — attractive compensation packages that neither the state’s nonprofit mental health centers nor the area agencies can compete with. And for non-clinical positions that don’t require credentials but are difficult and critical jobs in the care system, jobs at Walmart, McDonald’s and the like, usually pay more.

One feature of New Hampshire’s care system is a dependence on Medicaid. The state has historically reimbursed Medicaid providers with one of the lowest rates in the nation and most of those who receive support from disability and mental health providers are enrolled in Medicaid.

Contained in the new state budget is a 3.1% increase in the Medicaid reimbursement rate for providers that takes effect in January. It was the first increase in the rate in over a decade, and it will still be one of the lowest in the country. 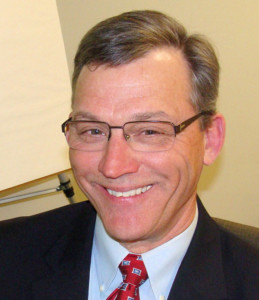 ‘If you’re trying to attract people to come to New Hampshire to work, they need to know if something happens to them or someone in their family there’s going to be a safety net to help them,’ says Chris Muns of One Sky Community Services.

“Frankly, we’re misleading people,” said Muns. “We’re letting people think they can get all the same services and supports that they got 10 years ago without there being any impact on the budget. But in reality, we are having to make all sorts of critical compromises and the ones who are paying the price are the people we are trying to help.”

As state director of the Institute of Professional Practice, Millinder heads an organization that provides Medicaid-funded supports and services to people with disabilities and acquired brain disorders.

“What happens is you trim everywhere you can, and the results are that individuals and their families have fewer choices,” she said. “I’d love to serve another person but I’m already down 12 positions. We’re still responding because we feel it’s important to respond to the need, but we have to respond at a slower rate because we just don’t have the people.”

Muns pointed out that, in many cases, no paid staffing means a parent stays home from their own work to provide the needed care.

The effect of inadequate staffing of care workers can result in a cascade that begins to affect all businesses in a community.

It is estimated that one of every six employees provides informal care for a relative. A 2017 collaborative report by the Northeast Business Group on Health and AARP noted that those employees who are family caregivers spend, on average, four years in the role and 24 hours each week providing that caregiving assistance. Employers in the U.S. lose a reported $38 billion each year in caregiving-related costs due to lost productivity, absenteeism, increasing healthcare costs. and recruiting and training new staff.

Those numbers are only expected to go up as the population ages.

Said Reardon: “I think of direct service care workers as being an invisible part of our communities. You don’t know you need them until you need them in your own life.”

But not all those who need services have family to turn to or are able to provide the necessary care. And without predictable funding to meet the need and demand for services from the most appropriate resource, it is often other public sectors, like law enforcement, hospital emergency rooms and the penal system that are forced to provide the backstop, usually at a higher cost, both monetary and human.

“We were the first state in the country to deinstitutionalize the care of developmental disabilities,” said Muns. “We had what was recognized as one of the best mental health systems in the country. That’s part of what makes New Hampshire New Hampshire. But we have fallen so far behind. If you’re trying to attract people to come to New Hampshire to work, they need to know if something happens to them or someone in their family, there’s going to be a safety net to help them.”

It is becoming increasingly clear that lacking an adequate safety net puts an entire community at risk, since it’s a segment of society that everyone will eventually belong to, if they don’t already.

“Disability is a normal part of life,” Millinder said. “It is part of everyday, typical experience. If you ask people, ‘Do you have an elderly parent? Are you yourself getting older? Do you have a child or family member with a developmental disability? Do you have an adult sibling who might have a disability or mental illness?’ I think if you list them all, everybody is connected. And as a community, we need to ask, how do we make this sustainable? Where is that worker who is going to help your mother? Where is that therapist who’s going to work with your cousin? Where is that paraprofessional who’s going to support your child?”