How Harold Turner turned building into an art and science 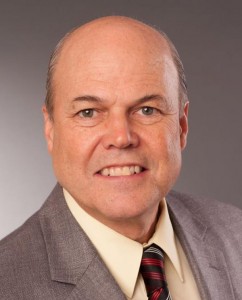 Harold Turner Jr. founded The H.L. Turner Group Inc. in Concord in 1990, and for more than 30 years led his company’s effort to “advance the technology, art and science of the built environment.”

The president and CEO, who retired this past summer, brought his passion to build better, more sustainable buildings, schools and homes and the company’s work can be seen in industries across New Hampshire and beyond.

Turner’s legacy in advancing the science of buildings and his commitment to volunteerism were honored Oct. 20 by the Business and Industry Association, which presented him with its Lifetime Achievement Award.

“When you put together architects, engineers and building scientists, you tend to get a different project, a better project,” he said. “I hit the workforce in the mid-‘70s. The first company I worked for and stayed with for about 15 years was multi-disciplined with architects and engineers – two legs of the stool.”

Adding building scientists brought focus to ever-expanding technologies for modern buildings. The Covid-19 pandemic highlighted The H.L. Turner Group’s long use of displacement ventilation, which it adapted from Europe 30 years earlier. In fact, the company’s office building, built in 1998, is designed with displacement ventilation.

The concept brings in conditioned air down low, which pushes heat and pollutants up and out of the building. It allows for the movement of less air, volume-wise, but with a high percentage of fresh air even to point of using 100% fresh air. Many of Turner’s school designs in the 1990s were incorporated with displacement ventilation before LEED building standards were created, he said, adding it has since been adopted into Leadership in Energy

“I don’t think we ever envisioned that we would be facing things like Covid, or a pandemic-level event,” Turner said. “It was all about creating healthy indoor environments for workers and students. It’s better for teachers to teach and students to learn.”

Turner’s brother William was trained as a mechanical engineer at Northeastern University and as a building scientist at the Harvard School of Public Health. When Turner decided to go into business for himself, William joined, and they put in place that third leg of the stool.

“That was reflected in the work product we did,” Turner said. “We took the best work from our architects, engineers and building scientists and collaborated to build a better project. It’s been integral to our practice the last 30 years.”

The advancement of technology was a constant in The H.L. Turner Group’s growth over 30-plus years. Technology never stops evolving, and Turner said the key is to adopt it as it becomes available and cost effective. Embracing cutting-edge technology is not always easy, though. Turner designed his first high-performance home in the mid-1980s, when it was still cost-prohibitive to use all Low-E glass windows.

“It’s really the minimum standard today,” he said, “but in 1985 the average homeowner couldn’t justify doing it because of the initial cost. It’s a constant push and pull. It’s about taking advantage of innovation and technology and integrating it in a sustainable way. I did my last home in 2011-s2012, a zero net energy home. It produces as much energy as it uses. I did that in part to show even 10 years ago it was cost-effective. It was pushing the envelope a little bit at that time.”

Fast-forward 10 years, and there are many zero net energy buildings. Turner points out as more people invest in new technology cost decreases and use expands.

“It changes quickly, but that’s the fun part of being an engineer,” he said. “You can think of the fun stuff and then you can do it. It’s not work if it’s fun. It just becomes a passion.”

BIA’s Lifetime Achievement Award is the latest accolade for Turner, who was named to NH Business Review’s 2020 New Hampshire 200, which honors the state’s most influential business leaders. He also received NHBR’s Business Excellence Award in 2019.

His prior volunteerism for New Hampshire’s business community includes serving as chair of BIA’s Board of Directors from 2001-04, a rare accomplishment during a transitional time for BIA. Turner served a total of 20 years on the BIA board. He then went on to serve BIA for six more years as its representative on the U.S. Chamber of Commerce Board in Washington, D.C. Turner still praises the work of the 108-year-old BIA.

“I think it’s important that it still represents the life blood of the business community in New Hampshire,” he said. “We always used to joke that governors come and go every two years, but the BIA will always still be there. It’s the immovable object in supporting business in New Hampshire.”