How federal funds will bolster infrastructure in New Hampshire 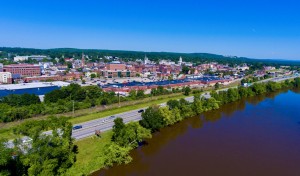 Another windfall of federal money is expected to start flowing into New Hampshire soon, as the bipartisan Infrastructure Investment and Jobs Act that passed Congress is now awaiting a signature from President Joe Biden to become law.

Here’s what we know about how those funds would help bolster infrastructure and clean energy in New Hampshire.

The bill would send an estimated $1.1 billion in federal aid to repair highways in the state, and another $225 million for bridge repair and replacement over five years. That would help to address the 215 bridges and nearly 700 miles of highway that are in “poor condition” in the state, according to a fact sheet from the White House.

Some $17 million is earmarked to build out a network of charging stations for electric vehicles in the state. Transportation is currently the state’s single largest source of carbon emissions that drive climate change.

The bill also includes $100 million to get broadband to New Hampshire households that still don’t have access.

Around $5.6 million will help protect the state from wildfires, and $12.4 million will go toward bolstering the state’s defense against cyberattacks.

New Hampshire would also get $418 million to improve water infrastructure, which would help address problems like lead pipes and contamination of drinking water.

Finally, the bill sets aside $45.6 million for infrastructure development at New Hampshire airports.