Department of Education seeks to raise awareness of new initiative 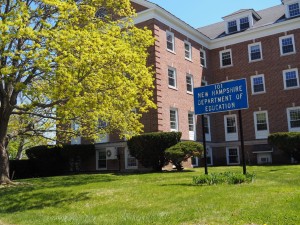 New Hampshire’s Department of Education is encouraging high school students to take part-time jobs with New Hampshire companies and earn academic credit as part of a program launched in February.

In a press conference Monday, officials with the department and leaders with the state’s Business and Industry Association touted the new program as a way for students to earn real-life experiences outside the classroom.

The program allows up to 1,000 high school students to take jobs offered by companies partnering with the state, each offering academic credit and up to $15 an hour. The state will then reimburse companies at 50 percent of that salary, up to $7.50 an hour. The reimbursement will cover 480 hours of work, equal to 24 weeks at 20 hours a week.

The program is being administered by Manchester-based Awato. Since launching in February, about 200 companies have signed up to offer jobs. The employers vary from service-based employers like Margaritas, Five Guys and 900 Degrees Neapolitan Pizzeria in Manchester, to healthcare providers to grocery stores like Hannaford, to construction and trucking companies, to outdoor organizations like Ski New Hampshire and the Appalachian Mountain Club, to municipal and state agencies such as the town of Derry, the NH Division for Children, Youth and Families, and New Hampshire State Police.

Those employers have been vetted by state officials to ensure they are legitimate, a department spokeswoman, Kim Houghton, said Monday.

Students who take the jobs will be participating in an “extended learning opportunity”; the students’ schools will then decide whether it can count toward credit. That process is carried out through a meeting to design the extended learning opportunity with a student’s teacher, advisers, and the participating employer, according to the department.

The state will pay its share of the salaries with $2.5 million in federal Elementary and Secondary School Emergency Relief funds, provided to states in two tranches by congressional aid packages.

So far, 25 students have taken jobs with the program since it launched in February. Houghton said the state is now trying to raise awareness ahead of the next school year.

“Work-based learning is a powerful educational strategy, and it is an integral component of career development for New Hampshire’s youth by providing them with a chance to acquire work skills and build life skills that have endless advantages,” said Department of Education Commissioner Frank Edelblut in a statement Monday.

Mike Skelton, president and CEO of the Business & Industry Association, said the program was “beneficial for both students and employers,” and could improve the pipeline between schools and businesses in the state, amid persistent labor shortages that predated the pandemic.

“Work-based learning is a great way for students throughout the state to explore career opportunities and develop authentic employability skills at a worksite,” he said in a statement.