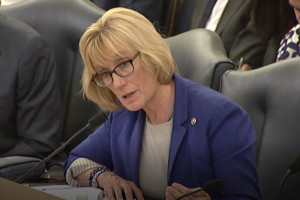 A bill aimed at supporting startups by establishing a federal competitive grant program for incubator networks around the country has been introduced by U.S. Sens. Maggie Hassan, D-NH, and Josh Hawley, R-Mo..

The Incubator Network and Startup Success Act would allocate $2 million in annual funding to provide competitive grants of $50,000 to each incubator that is a member of a current or planned network. The bill would empower the Economic Development Agency’s Office of Innovation and Entrepreneurship to create the grant program.

Under the measure, networked incubators would be required to raise private capital to match the award 1-to-1 and to demonstrate that awards could be successfully leveraged to expand access to the programs available throughout the network, including in rural areas.

The aim of the bill, according to the senators, is to help incubators network, since there is frequently no individual responsible for facilitating resource sharing between incubators. This has led to challenges for existing and planned incubator networks, the senators said.

“When innovative Granite Staters have an idea for a new business, incubators can play a critical role in helping transform those startups into successful small businesses,” Hassan said. “As part of my ongoing commitment to helping innovative businesses thrive in New Hampshire and across the country, I introduced this bipartisan bill so that incubators can team up to give even more support to the startups that they work with.”