Tech product exports from New Hampshire grew by over 27 percent in 2017, according to a report by the Computing Technology Industry Association, more commonly known as CompTIA.

Other than Delaware and Wyoming, which both grew by 51.3 percent and 47.4 percent, New Hampshire experienced the most significant export growth in tech products than any other state, though a total of 16 states saw growth of 10 percent or more in tech product exports. 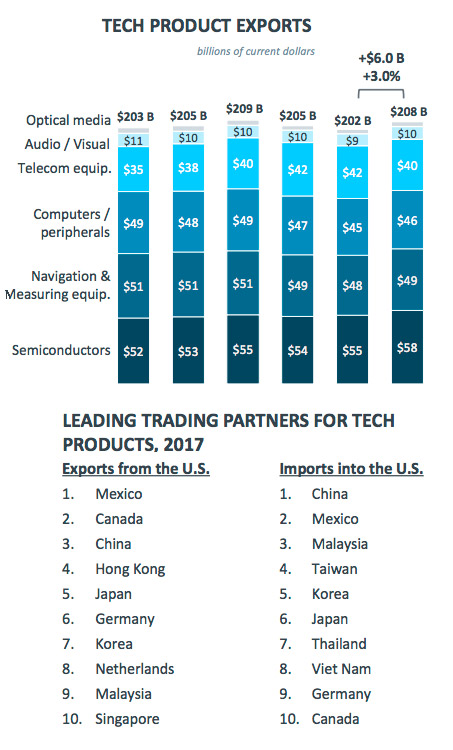 In New Hampshire, tech exports supported approximately 3,500 jobs in 2016, with another 1,430 jobs supported by tech service exports, which were smaller, at $0.6 billion in 2016, up 2.6 percent from 2015. Generally tech products saw vastly larger growth figures and percentage increases than tech services. New Hampshire ranked 26th in regard to tech services exported.

Not surprisingly, the states with the largest tech product exports and tech services exports were Texas at 47 billion (though relatively unchanged from last year) and California, at $31.4 billion in 2016, up two percent from 2015.

Looking at New England, Massachusetts ranked 6th in tech product exported, at $7.5 billion with 7.3 percent growth, and 3rd in regard to tech services exported, at $8 billion, up 2.3 percent. Vermont, placed 26th at $1.8 billion in regard to tech product exports, while Connecticut ($1.1 billion), Maine ($0.3 billion) and Rhode Island ($0.2 billion) all trailed New Hampshire, ranking 30th, 39th and 44th, respectively.