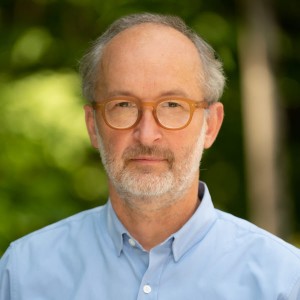 Biotechnology entrepreneur and Dartmouth engineering professor Tillman Gerngross has raised $50 million in venture capital for his newest company, Adagio Therapeutics, to begin clinical trials of antibodies engineered to protect against SARS-CoV-2, the virus that causes Covid-19.

Researchers at Adagio began looking for neutralizing antibodies against SARS-CoV-2 in March, and by spring, they “knew we had something really special,” said Gerngross, co-founder and CEO of both Adagio and its parent company, Adimab.

“We isolated, characterized, and engineered monoclonal antibodies from a survivor of the 2002–2004 SARS-CoV outbreak that also react with SARS-CoV-2, the causative agent of Covid-19. Several of these antibodies neutralize SARS-CoV and SARS-CoV-2, as well as SARS-related coronaviruses circulating in bats, suggesting that these antibodies have the potential for prophylaxis and therapy against not only SARS-CoV-2, but also future SARS-like coronavirus outbreaks,” said Daniel Maurer, who in 2017 graduated from Dartmouth College and then spent two years as a pre-doctoral research associate at Adimab. Maurer, now a Ph.D. candidate at Harvard, returned to Adimab temporarily to work on COVID-related projects earlier this year.

Gerngross believes Adagio stands apart from competitors pursuing vaccines and antibody research because the team is working on broad neutralization to prevent against similar outbreaks in the future. Their goal is to develop a biannual injection that would protect against sarbecoviruses, a group of viruses that includes SARS-CoV-2.

“Coronaviruses have been spilling over into the human population now in three documented cases over the past 20 years. There is no reason to believe that the spillover is going to end,” said Gerngross.

Financing for Adagio was led in large part by Polaris Partners.

“We back him repeatedly. We find his creativity enormous, and his candor and can-do attitude extraordinary. What’s beautiful about Tillman is that he’s so incredibly decisive. He’s just been an extraordinary entrepreneur, and we’ve enjoyed success with Tillman.”

Julie E. Bonette is associate director of communications at the Thayer School of Engineering at Dartmouth. This article originally appeared on the school’s website.