Elon Musk’s valuable lesson: How not to run an organization

Why quitting Twitter was a quick and easy decision 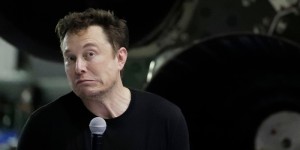 Elon Musk has given a master class on what not to do in leadership and organizational development, writes Clark Dumont. (AP Photo)

On Nov. 5, I went cold turkey. I quit Twitter the week after it was acquired by Elon Musk, and after more than 13 years of being a member of the Twitter community with thousands of posts on professional, business, community and personal subjects.

I’m not known as a quitter, however the decision was easy.

In this publication I have offered thoughts on the importance – the imperative – of ethos-based character. It is the right thing at the right time in the right way. Alas, Twitter – and I have friends and former colleagues who I admire who were formerly in leadership at the company – is adrift. To continue to be associated with an entity like Twitter needs to be gauged against the context of reputational risk.

I’m still a social media user. I posted on LinkedIn that I quit Twitter and – to my surprise, but with gratitude that I’m not on an island – the like button lit up from far and wide.

On the downside, the current uncertainty with Twitter is unfortunate for the promise Twitter had for being the internet era town Common. It’s the reason I joined.

On the upside, Elon Musk has given a master class on what not to do in leadership and organizational development. Do you hear that gushing sound? His non-empathetic, remote and distanced approach, except employees are mandated to be in the office unless he personally gives permission to work remotely, has pulled the plug out of the bottom of the trust reservoir with employees and advertising customers, clients and users fleeing the sinking ship.

Juxtapose the Elon Musk modus operandi with Mark Zuckerberg at Meta. Elon and Mark, like much of the tech sector, are facing hard times. I have friends and former colleagues at Meta. There are experts who will assess whether Meta is on the leading, or bleeding, edge with the full-on run into the metaverse. Time will tell, and there are and will be case studies on the maturation cycle of industries, with an undercurrent the softening economy and cuts in advertising.

Yet Mark has shown humility and empathy. He has owned the decisions and he has apologized for them. And Jeff and Amazon are also have economy-related workforce issues.

Our reputations precede us. In the sunshine days of better times in competitive recruiting environments, people will decide if our organization is worthy of their time and talent. Or not.

Clark Dumont, principal and founder of Dumont Communications LLC, was recently inducted into the College of Fellows of the Public Relations Society of America.