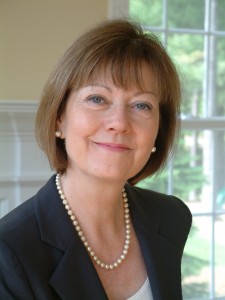 Despite the massive loss, things could have been much worse, said Dartmouth-Hitchcock Health CEO Joanne Conroy

Dartmouth-Hitchcock Health saw net patient revenue decline by almost $160 million during the coronavirus shutdown and reported an operating loss of $38 million in the fourth quarter of the fiscal year that ended June 30.

The bulk of these losses occurred between March and May, with revenue climbing upward since, as patients have returned for care. Overall, Lebanon-based D-HH – the largest private employer in New Hampshire – lost $84 million in fiscal year 2020Despite its losses in 2020, total revenue and incoming money for the year still grew to $2.35 billion, a 2% increase from the prior year, thanks to $88.7 million the Lebanon-based healthcare system received through the federal CARES Act and to growth in D-HH’s specialty pharmacy program, according to a bond filing D-HH submitted Aug. 26.

Operating losses also were partially offset by gains on investments.

D-H CEO Joanne Conroy said that the health system’s pandemic-related losses could have been worse without the federal aid it received, as well as the efforts of hospital staff in responding to the pandemic and in recovering from the temporary halt to elective procedures.

Speaking Aug. 27 during a visit with U.S. Sen. Jeanne Shaheen, D-NH in an auditorium at Dartmouth-Hitchcock Medical Center, Conroy also credited the community for returning to the system’s hospitals for care for keeping the health system’s operating losses to less than what they might have been.

“It’s hard to believe you’re thrilled at losing less than $100 million,” Conroy said during the meeting with Shaheen, which included about 15 masked attendees including D-HH employees, Shaheen’s staff and members of the media. “It’s hard to imagine being in that position, but we are thrilled.”

The 2020 loss, however, is much better than officials feared it might be during the height of the pandemic this spring.

At one point, D-HH officials worried the health system could stand to lose as much as $250 million by the end of June, said D-HH Chief of Operations Patrick Jordan III. A military veteran who earned a Bronze Star during the Gulf War, Jordan said the experience of managing the health system in recent months felt familiar.

“The last five months have really felt like war,” he said.

One bright spot during the pandemic, D-HH officials said, is the increase in telehealth services.

Prior to the pandemic, D-H conducted fewer than 10 outpatient visits per day using video or phone technology. At the peak, that number surged to 2,600, said Dr. Kevin Curtis, the medical director for D-H’s Connected Care Center.

While those numbers have since decreased, providers are still conducting hundreds of such visits each day. The advantage, Curtis said, is that patients who live in rural areas and otherwise would have to drive long distances for care can access it more easily.

The expansion of telehealth has been made possible by changes in the way those services are reimbursed by insurers and the way they are allowed across state lines during the pandemic. Shaheen said she would do what she could to make those changes permanent.

“It seems to me after we get through this pandemic, based on what I’m hearing from folks, that this is one of the things that has worked much better, according to a lot of people, than they realized, and it’s something that we need to continue,” the senator said.

D-HH officials told Shaheen that they have reaffirmed their commitment to the proposed combination with GraniteOne Health, which includes the Manchester-based Catholic Medical Center, since the pandemic began.

CMC has seen a large share of Granite Staters who have developed the most serious symptoms of Covid-19, said John Kacavas, D-H’s chief legal officer and general counsel. While Kacavas commended CMC’s response, he said that together the two organizations “could have done it perhaps even better.”

He emphasized the importance of the proposed combination in D-HH’s ability to compete in southern New Hampshire, as well as keeping people in their home state for care and providing care at a lower cost than that of hospitals in Boston.

“This is a critical relationship for us,” he said.

The deal is currently under review by the New Hampshire Attorney General’s Office Charitable Trusts Unit and the Federal Trade Commission, and Kacavas said he expects it will take “several months” to complete it.

As that review continues, so will Dartmouth-Hitchcock’s pandemic response. While patients have returned at rates similar to those before Covid-19 hit, Jordan said, “we’re not out of the woods yet.

“We think about a second surge,” he said. “We think about what’s going to happen with our staff based on the decisions that school districts make and what occurs there once the kids go back and how that might impact our ability to take care of the communities we serve. So we’re not out of the fight yet.”

Because of the continued challenges, Conroy said additional federal support will likely be necessary.

“Relief is going to be important to continue services,” she said.