Measure would restore prohibition that was lifted in 2016 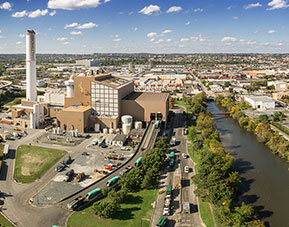 The door to burning construction and demolition waste – pushed slightly open for the past couple of years – would be slammed shut again, if House Bill 358, passed by the New Hampshire House March 20, becomes law.

The state completely banned so-called C&D waste in 2008, following the controversy over the issuance of a state permit that allowed a firm named Bio Energy to do so at a site in Hopkinton. That permit allowed Bio Energy at the time to emit more lead into the atmosphere than all other stationary sources in the state combined, NH Business Review reported at the time. The Department of Environmental Services withdrew the permit amid community uproar, and lawmakers eventually passed the ban.

But in 2016, lawmakers quietly passed a law allowing Wheelabrator Technologies to burn 10,000 tons per year of “clean” C&D waste at its municipal waste incinerator in Concord. Two years later, pyrolysis, or gasification of waste – a technology that uses heat to decompose wood without burning it was permitted. HB 358 repeals both of those provisions, returning to a total ban.

C&D waste, “even when cleaned to current EPA standards, may contain a mixture of grit, fines, arsenic-treated wood, and lead paint which make it unsuitable for burning,” wrote Rep. Kenneth Wells, D-Andover in his report supporting the bill. .

The bill’s opponents said that the burning – which took place during the winter, accounts for about 5 percent of the fuel at Wheelabrator’s Concord plant. The company “could potentially not have enough municipal solid waste to maintain operations during that time period,” said Rep. Fred Plett, R-Raymond.

“The wood it burns is cleaner than the other municipal waste it burns,” said Michael Harrington, R-Strafford, on the House floor. ”It reduces the pollution in the incineration.”

“We banned C&D waste because of the known health effects of contaminants like lead and arsenic,” answered Rep. Bob Backus, D-Manchester. “Despite, claims that it is treated, it still unacceptable.”