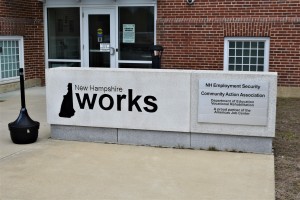 A complaint filed March 26 in Merrimack County Superior Court alleges the state imposed an illegal tax on a Rye man by requiring him to pay back nearly $5,000 in unemployment benefits he received in 2020.

The complaint chronicles a history of what it refers to as the state government’s failure to protect the citizens of New Hampshire during a pandemic.

Experiences with New Hampshire Employment Security, recounted by members of the Facebook group “N.H. Unemployment During Covid-19,” adds anecdotal support of this failure for thousands of Granite Staters, said former Assistant Attorney General Michael Lewis. Members of the group have described being treated with disrespect and with not receiving timely responses to questions about their benefits or overpayment appeals.

Lewis, who is representing the plaintiff in the complaint, said his client’s case illustrates the state’s and NHES’s systematic failure to protect citizens from unnecessary economic burdens during the pandemic, and is denying his client’s right to due process.

“Many people are reaching out to us about this issue. We were behind last March and then it hit us, and we didn’t engage in a New Hampshire tailored approach at that time. This would have identified the vulnerable areas and would have been more thoughtful and careful about the economy,” Lewis said.  “We suffered a massive economic shock and the way the government is paying for it now is with a 100 percent rate income tax on unemployment insurance claimants like our client.”

Claude Pottier, the plaintiff in the case, was furloughed from his job at Private Jet Services in March 2020 and applied for unemployment insurance benefits. He began receiving benefits later that month and did so until taking a job in October 2020 with UPS, where he contracted COVID-19, the complaint states.

Then, on Dec. 30, 2020, the complaint alleges Pottier, a senior citizen, received contradictory information from NHES as part of its “Holiday Season Determinations” and was informed he was both “eligible” and “ineligible” for certain unemployment benefits during the period he had been collecting. On January 19, 2021, he received an “Overpayment Demand Letter” claiming he had received overpayments totaling $4,859.

Pottier was one of more than 172,000 who filed for unemployment benefits in New Hampshire from March through May 2020, when the state’s unemployment rate rose to 16%.

Former New Hampshire legal aid attorney Dan Feltes said overpayment cases could be easily fixed if Governor Sununu would waive the overpayment liability for individuals, as he did with an executive order for businesses.

“Governor Sununu waived liability for the increased payout for expanded unemployment for employers and I don’t disagree with that. What I disagree with is that he didn’t do the same for workers and didn’t provide piece of mind to workers,” Feltes said. “Instead, not only did he not give them piece of mind, now he’s coming back on over 10,000 New Hampshire workers forcing them to pay back the benefits that he provided them. That’s just wrong. It’s gross.”

Feltes, who ran against Sununu as the Democratic candidate for governor in 2020, wrote a letter in March 2020 to NHES Commissioner George Copadis and Sununu that recommended the minimum weekly allowance for unemployment be lifted from $32 to $250, and that a statute regarding individuals facing liability for overpayments be waived.

Feltes, who now works for Hess Gharis Solutions, said he is still receiving phone calls from people who are receiving non-descript general notices without “rhyme or reason.”

The complaint filed on behalf of Pottier states that by mid-April of 2020, NHDES had only managed to pay out some 70% of what it owed to New Hampshire workers, not counting the extra $600 weekly payment under the Coronavirus Aid, Relief, and Economic Security Act or CARES Act, which NHES failed to distribute until more than three weeks after it was due.

Citing NHPR and NH Business Review, the complaint describes claimants’ experiences with NHES’s system for processing their claims for relief as a “nightmare,” “an endless loop,” and “like five different websites from 2001 … mashed together.”

Stephanie Mckay hosts the N.H. Unemployment during Covid-19 Facebook that helps people network and navigate the state’s unemployment system. She said there is a fear for some that speaking up about their problems will result in a denial of benefits.

“NHES has been less than forthcoming with information.  Many are afraid that should they ‘stir the pot’ NHES will send a sudden overpayment notice or suddenly deny their benefits. Honestly, my opinion is that it’s a slight overreaction, but the fear is real. It’s valid to them and as they are already on a ledge, they don’t need something pushing them off the cliff.”

Mckay, whose issues with New Hampshire’s unemployment system were resolved in July, says many “aren’t as lucky.”

“There are so many who do not know how to advocate for themselves and don’t know there are higher powers and resources available to them. I try to be that person. I advocate for those that are afraid to use their voice.”

Joe Luscomb, 33, a member of the Facebook group, said that when he recently reapplied for a new benefit year he was met with scorn.

“When I called NHES to follow up with why my pay was being held I explained to the gentleman that it was extremely rough with two kids and bills pilling up with no clear explanation as to when or why my pay would be released. I was told, ‘Well you should do a better job at saving your money,’” Luscomb said. “That was the most unprofessional response I’ve ever heard in my life and I was deeply hurt considering this guy has no idea what I have been through this year during the pandemic that I have no control over.”

Luscomb, who lives in Rockingham County with two young children, was laid off last year from his job as a manager in a restaurant. Like many others in the group, his story, includes a stressful and time-consuming process and inconsistent communications with NHES staff.

And having to reapply and then wait for benefits to begin again only adds to the “anxiety, sick-to-the stomach feeling” Luscomb said he experiences every Monday night when checking to see if his status has been updated.

While the stress of navigating the system has taken its toll, Luscomb said being part of the Facebook group has provided him some hope.

“The group has been a huge help, and I am supposed to be going back to work In June, so I look forward to that as I love what I do for work and I won’t have to deal with the stress of unemployment. But these types of things need to be held accountable as they are messing with our livelihood and putting extreme stress and anxiety on a lot of people.”

Like Pottier, who wished not to be interviewed for this article, others in the group have been told by the state they must repay thousands of dollars.

Mariah Olmstead, 25, is a college senior studying journalism in New Hampshire. She received a bill for $16,000 in overpayments last August.

“Obviously there was no way I could pay that, and I wasn’t going to give them a single cent of money. So that’s why I appealed,” Olmstead said.  “But also, because they were accusing me of quitting my job without good cause even though NHES knew I quit because I’m high risk and they had a doctor’s note that I sent them on file.”

Olmstead said she spent months on the phone and writing to NHES to find out why her claims were being denied last year. She eventually learned she was eligible for Pandemic Unemployment Assistance, which is federal money available for those effected by the pandemic. When she brought this up to NHES she said they claimed they were “dealing with it.”

“I started getting frustrated so I emailed Richard Lavers. He fixed the issue for me and then finally I got my first payment, and all my back payments in July,” Olmstead said, adding that this was nearly 19 weeks after she initially filed.

Then, in August, she said she was suddenly denied and being asked to pay the state $16,000. At that point, she reached out to NHES Deputy Commissioner Lavers again but never heard back.

While attempting to contact NHES again to find out the time of her appeal Olmstead said she was running out of money and panicking.

After contacting U.S. Sen. Maggie Hassan’s office, Olmstead said she was able to expedite her appeal hearing, which she won. The reason for the successful appeal, she said, came down to an error made by NHES as well as a letter from her former manager.

“My tribunal speaker said I won my appeal within the first 30 minutes of my hearing because apparently not only did my payroll get me confused with another co-worker and basically blamed for no reason, but my manager, who was furious with NHES, also wrote a letter explaining that I did in fact quit with good cause. I also had my doctors note as evidence, as well as a note from my college as well.”

Olmstead said she wants justice for others who have had experiences like hers. While her overpayment appeal has been settled, like Luscomb, after refiling for benefits, she is now on a “pay-held” status.

“What doesn’t make sense is why they even hold my pay in the first place if I’m just basically continuing my claim from last year. It’s all the same information. They also said my pay will typically be held for a week while they review my claim, but last time my pay was held for 19 weeks so we’ll see what happens.”

Like the experiences of many individuals in the Facebook group, Lewis said Pottier did everything he was supposed to do, including looking for work, while claiming unemployment benefits.

“The whole story about the pandemic has yet to be told. There has been a lot of rosiness around the state’s response and I disagree with that view vigorously,” Lewis said, alluding to numerous cases like his client’s. “They’re going to say we were overwhelmed; we were engaging in triage and still are. The record is not going to be good to the state on this.”

Neither Governor Sununu, NHES Commissioner Copadis nor Deputy Commissioner Lavers, did not respond immediately for comment.

This article is being shared by partners in The Granite State News Collaborative. For more information. visit collaborativenh.org.