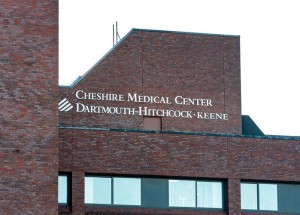 Cheshire Medical Center reached a settlement with the NH Board of Pharmacy late last week, allowing the Keene hospital to keep its pharmacy permit with various restrictions, including regular audits of its controlled substances, and pay up to $235,000 in fines and fees.

The Dartmouth Health affiliate’s pharmacy permit was on the line after the state pharmacy board learned earlier this year of gallons of fentanyl solutions lost or unaccounted for at the hospital since last fall.

The board voted May 25 “to initiate a disciplinary action” against Cheshire Medical for the drug losses, according to documents from the NH Office of Professional Licensure and Certification (OPLC).

A pharmacy permit is required to run a pharmacy in New Hampshire, including those that hospitals operate internally to dispense medication to inpatients.

Cheshire Medical reached a settlement agreement with the board on July 28, which, if obeyed, will resolve all disciplinary actions against the hospital regarding the drug loss.

In the 12-page settlement, the hospital acknowledged that the months-long incident “could constitute grounds for the Board of impose disciplinary sanctions” against it.

The drug loss at Cheshire Medical dates back to last September, with about 8.8 gallons of fentanyl solution reportedly unaccounted for at the hospital as of June 5. An ICU nurse self-reported in February that she’d stolen hundreds of bags of the drug.

However, following the nurse’s death in March and after remedial measures were put in place, documents from the OPLC state that drugs still went missing.

Cheshire Medical admitted in the settlement that the additional drug loss was “due to nurses failing to sufficiently document the administration or waste of fentanyl.” The settlement also notes that a surge of Covid-19 patients last winter created unprecedented challenges for operating the pharmacy.

Under terms of the settlement, Cheshire Medical’s pharmacy permit is restricted for three years.

Those restrictions stipulate that the hospital must by October employ a third-party monitor, approved by the board, to conduct controlled substance audits. These reviews will be done weekly for the first four months, and monthly in the subsequent eight months, the settlement reads. For the remaining two years, the audits will be performed quarterly.

Additionally, Cheshire Medical must appoint two different employees for the positions of pharmacist-in-charge and director of pharmacy. During the time of the drug loss, both those roles were held by Melissa Siciliano, who also recently reached a settlement with the board after previously facing disciplinary sanctions.

The hospital can petition the state board after two years of compliance with the restrictions to have them lifted, the settlement notes.

Cheshire Medical’s agreement also requires it to pay an administrative fine of $225,000, though all but $45,000 is suspended if the hospital complies with the settlement. That $45,000 is due in 30 days. The hospital must also pay for the investigation and prosecution costs, totaling $10,000, within 30 days.

The settlement also requires that Cheshire Medical continue to comply with the investigation into the drug loss.

That criminal investigation, by the U.S. Drug Enforcement Administration, is ongoing, a spokeswoman for the federal agency said Monday.

“Our top priority is to deliver high quality care and to provide a safe patient and employee environment …,” the hospital said in a written statement on the settlement. “Since the theft of the controlled substance that we discovered and reported earlier this year, we have been intensely focused on taking steps to prevent future occurrences.”

In connection with the drug loss, the OPLC has disciplined several other employees at Cheshire Medical in their supervisory roles. No hospital employees aside from the ICU nurse have been accused of stealing the drugs themselves.

Siciliano, the former pharmacy director and pharmacy-in-charge, had her license suspended in March and reinstated in mid-April. She reached a settlement agreement with the state July 20, requiring her to pay a fine and banning her from acting as a pharmacist-in-charge for three years.

Prior to that settlement, Siciliano resigned from her role at Cheshire Medical. She still works in pharmacy, according to her attorney, Rick Fradette, who declined to say where she works.

The board of pharmacy also suspended pharmacist Richard Crowe’s license in March. He reached a similar settlement with the state board the same day as Siciliano, restricting him from practicing as a hospital pharmacist and to pay a fine.

Cheshire Medical’s chief nursing officer, Amy Matthews, received an emergency suspension of her license in late May, but following a hearing with the state nursing board in June, had her license reinstated.

Matthews is no longer the hospital’s chief nursing officer.

He has continuously declined to say whether Matthews is an employee at Cheshire Medical, citing a “longstanding practice …

[to] not comment on specific questions related to personnel.”