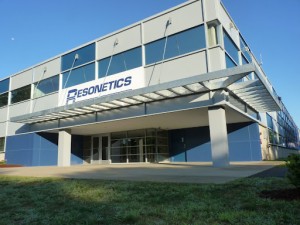 Resonetics has been based in Nashua since its founding in 1987.

Private equity investment firm Carlyle Group has bought a minority stake in Resonetics LLC, a Nashua-based medical device maker, in a deal that values the company at about $2.25 billion, according to an announcement last week from another equity firm, GTCR.

GTCR, which sold the stake, said the deal makes Carlyle a “meaningful shareholder” in Resonetics. It didn’t disclose details about the sale or its value. Also remaining a minority shareholder in Resonetics is Sverica Capital Management, which acquired the Nashua firm in 2014 before selling a majority interest to GTCR.

When Sverica bought the firm in 2014, Resonetics’ sole location was in Nashua, and it focused on polymer componentry for medical devices. After that, the company grew to 13 sites with 1,600 employees and expanded its capabilities into laser-machining metal components.

Resonetics’ 10th acquisition in the past five years.