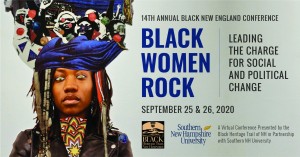 A century has passed since women won the right to vote, enshrining suffragists like Susan B. Anthony and Elizabeth Cady Stanton as crusaders of equal rights. However, the work of writers and educators like Sojourner Truth, Mary Ann Shadd Cary and Nannie Helen Burroughs are often left off the pages chronicling the passing of the 19th Amendment.

Truth, Cary and Burroughs were women of color.

“The backbone of all the movements we’ve looked at have all [included] Black women,” says JerriAnne Boggis, who directs the Black Heritage Trail of New Hampshire (BHTNH) and is also at the helm of the 14th annual Black New England Conference.

To honor the jubilation of female Black leadership, this year’s theme, chosen a year ago, is “Black Women Rock: Leading the Charge for Social and Political Change. The conference will be held virtually on Sept. 25-26.

Most people don’t know about the Black women’s role in the suffrage movement, says Boggis. “because they were marginalized,” she says.

These were working women, taking care of their kids, sometimes taking care of other people’s kids while at the same time advocating for basic human civility and fairness against the broader context of racism and sexism.

During the era of slavery, Black women created safe spaces for rape victims in what are now called rape crisis centers. Black women’s voices launched and intensified the fight for civil rights by boycotting buses and organizing marches. Long before MeToo was a hashtag white women popularized, Black women spoke the harsh truths about their struggles against sexual harassment and violence.

Through various discussion panels, the conference will underscore the accomplishments of artists, academics, politicians and business leaders, from Fannie Lou Hamer registering Black Mississippians to vote in the 1960s to investigative journalist Ida B. Wells exposing the lynchings of the Jim Crow South. Presentations will also celebrate singer Nina Simone, who used her music to express outrage against the Birmingham church bombing that killed four young African-American girls and Congresswoman Shirley Chisholm’s bid for the White House in the 1970s.

Against the backdrop of voluminous protests over the recent murders of George Floyd, Breonna Taylor and 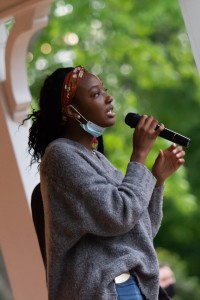 UNH student and Manchester BLM chapter co-founder Ronelle Tshiela, shown here at a vigil in June, will be on the conference’s ‘Next Generation of Female Activists’ panel. (Courtesy photo)

others, the conference will also examine the legacy of #BlackLivesMatter, founded in 2013 by three women, Alicia Garza, Patrisse Cullors and Opal Tometi.

Boggis says each year has a different theme. “Although the conference is grounded in history, we’re looking at more contemporary thoughts around these [social justice] issues,” she says. Boggis says she is encouraged by the participation of several New Hampshire BLM chapter leaders.

Seacoast chapter co-founder Tanisha Johnson of Exeter, a panelist on the “next generation of female activists,” says her call to action rose in part because of her two children, ages 14 and 8, who face questions about the way they speak, the foods they eat, their body shapes and hair. Life experiences, like dating, are more challenging when a teenager is the only Black girl in the class.

“As Black children we cannot just walk into a room and be fine,” says Johnson, who moved to New Hampshire from Pennsylvania four years ago. In the Granite State, minority students don’t have classmates, teachers or other role models who look like them.

Johnson repeatedly discusses race with her kids, strategizing how to protect them from discrimination. In contrast, many white parents teach their kids to be color-blind as a way to refrain from appearing racist, but Johnson says that silence can make matters worse.  “You need to see our color,” she says. “We need to value our differences so that we can learn to accept them.”

During the panel discussion, Johnson will discuss how to support Black-owned businesses in this area.

Possibly the youngest of the “next generation” panelists is Ronelle Tshiela, a senior at the University of New Hampshire and co-founder of the BLM outpost in Manchester.

In June, Tshiela was appointed to New Hampshire’s Commission on Law Enforcement Accountability, Community and Transparency, newly established by Gov. Chris Sununu in response to issues with law enforcement around the country.

Tshiela respects the torchbearers of previous generations. “But I also think that younger people have a way of making our voices heard that’s never been really done before.”

She says she shares similar goals to the NAACP, but “they’re a little more slow-moving at times.”

“As much as we would like to see that happen, there are all these processes and collaboration.”

The NAACP, founded in 1909, works methodically to introduce or change legislative policies; it has formal 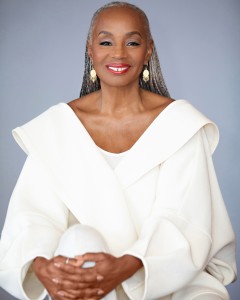 structures while the BLM movement is highly decentralized. BLM chapters are formed organically, achieving non-profit status first before they can apply for national recognition, according to Tshiela.

“I think we [young activists] do better at mobilizing and informing other people about things that happen because we use social media well,” she says.

The UNH political science major relocated to Manchester from Atlanta, Ga., when she was in 5th grade, moving from a southern state where African Americans represent more than a third of the population to a northern one that’s at least 94 percent white. “Yeah, I was in complete culture shock when I came here,” she says.

She recalls that first year when she ran into a classmate at a local park, and the girl’s dad beckoned her back to the car for a minute. The girl returned and told Tshiela she couldn’t play with her. “And then she used the N word.”

That incident hammered the concept that racism is taught and pervades, sometimes insidiously, north of the Mason-Dixon line.

“A lot of people think that when we march and when we rally, we’re doing it in solidarity with other places in the country,” Tshiela says. “But in reality, these are issues we’re facing right here in New Hampshire.”

Young people are questioning social justice issues that many people have lived with for years, says Levesque. “They’re the wind beneath our wings, as far as this movement goes.”

Levesque is moderating a panel on Saturday featuring women in elected seats from around the country. She’ll explore how Black politicians like herself channel their experiences with systemic racism to reform criminal justice, respect voting rights and improve health and education for the communities they represent.

Six panels anchor the conference on the following topics: Black Women as Purveyors of Change; Body Politics and Movements Toward the Sacred; Black Women’s Present-Day Leadership and Activism; Activism Through The Arts; Black Women in Electoral Politics; and The Next Generation.

Lunchtime presentations will be given by Sheryl Lee Ralph, a Tony-nominated actress (“Dreamgirls”) and activist who created the DIVA Foundation devoted to AIDS advocacy; and U.S. Congresswoman Ayanna Pressley, the first Black woman elected to Boston City Council and to the U.S. Congress from Massachusetts.

For registration information and the conference schedule visit Blackheritagetrailnh.org.

This articles is being shared by partners in The Granite State News Collaborative. For more information, visit collaborativenh.org.