Advocates excited about the governor’s housing plan, but wary

A ‘glaring omission’ in the propsal: the word ‘affordability’ 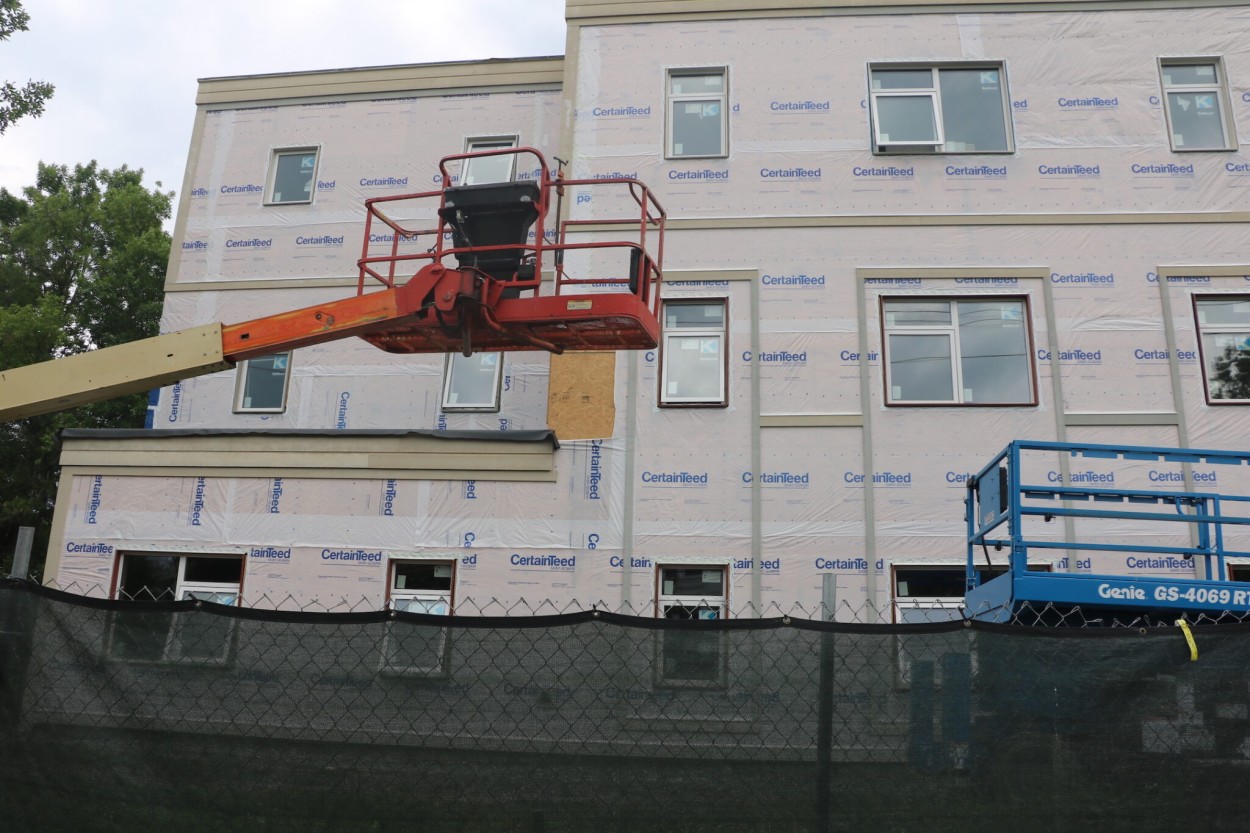 Addressing lawmakers at his State of the State address in February, Gov. Chris Sununu pointed to one of the most pressing issues in the state: workforce housing. Then he presented a plan: New Hampshire should take advantage of one-time pandemic relief funds and set aside $100 million to encourage housing development, Sununu said. His proposal to lawmakers included $30 million to incentivize towns to speed up approval processes, $60 million in grants for multifamily housing projects, and $10 million split between the demolition of outdated developments and zoning updates to encourage development.

“These investments are critical to ensuring New Hampshire is the No. 1 destination in New England,” Sununu said. “This housing is for workers and families who work in our communities, go to our schools, and contribute to our economy.”

A month later, housing advocates are zeroing in on a word not specifically mentioned in the governor’s plan: affordability. And as lawmakers prepare to receive the governor’s formal proposal – expected to come before the Joint Legislative Fiscal Committee in April – advocates are urging the governor to center the program around that standard.

“These multifamily housing developments need to be affordable to the workforce of the residents of New Hampshire,” said Elissa Margolin, director of Housing Action New Hampshire, in an interview.

“What would failure look like?” she added. “I think failure would look like if these resources went to build really expensive places to live that already served people who have choice in the marketplace.”

Some are less than optimistic.

The lack of a mention of affordable housing is a “glaring omission” from the governor’s plan, wrote Lisa Beaudoin and Tim McKernan, the executive director and director of policy and advocacy, respectively, at ABLE NH, a disability rights group, in an op-ed in the Concord Monitor. “We can’t simply build our way out of this crisis thinking that increasing the supply of market-rate housing will help the market overall,” the two wrote.

At a press conference, , Sununu said the housing proposal is meant to meet “lower-middle income” families. But the program is still being hammered out, he said.

“I don’t have a specific number in mind,” said Sununu, when asked how affordable the chosen developments might be. “But it really is more the affordability factor for rental units and reasonably priced rental units. We would probably lean on certain studies, demographics, average rental rates, things of that nature, to make sure that we’re meeting the supply where the demand is the greatest and I think that’s for lower-middle income families.”

A pair of approaches

New Hampshire could take two possible approaches when using federal money for housing based on the rules set out for the federal assistance funds, which come from the American Rescue Plan Act that passed Congress last year. And the state’s choice could have implications for affordability.

As long as the funds targeted either income demographic, the state could use them to support affordable housing projects, according to the rules.

But the state has another mechanism to spend the funds: “revenue replacement.” Under that approach, the state would not face those same income limitations, noted Phil Sletten, senior policy analyst at the NH Fiscal Policy Institute. As long as the funds are used to compensate for expenditures that qualify as “government services,” revenue replacement allows the state to fund initiatives with more freedom, Sletten said.

State officials have indicated the state will take that second option.

“We would be qualifying this program most likely under the revenue replacement categories, which would allow us to be able to have some level of flexibility in getting the funding into those types of projects,” said Taylor Caswell, commissioner of the Department of Business and Economic Affairs, to the Fiscal Committee.

To Margolin, the exact mechanism the state uses to fund the housing is less important than its mission.

“No matter what regulatory door the state decides to go to, I think it’s pretty clear that (the U.S.) Treasury’s intent was that this money, in the housing space, be used for affordable options,” she said.

The distinction is important, she said. Simply using the money to support housing might help the state’s meager housing supply but wouldn’t be enough to make a difference on its own.

“A conservative estimate is that we’re down 20,000 units, and you know, as much as $100 million is, it’s not going to get us 20,000 units.” she said. “In the end, that’s not going to be solved and that’s why affordability provisions are still needed.”

As the state moves forward with its $100 million proposal, officials say they are taking affordability concerns into account. Business and Economic Affairs will be hiring three people to make up a “small team of housing experts focused on developing and administering (American Rescue Plan Act) funded housing initiatives and generally supporting housing development in the state,” after the Fiscal Committee approved a $1.5 million expense.

As for affordable housing, Caswell said the state will follow its own definition.

“There are many different sorts of linguistic gymnastics that people perform when it comes to affordable housing,” he told lawmakers. “And I think our goal with this will be to accelerate and make more efficient the process of moving as many units as we can with this funding. The bulk of which we would want to see be in that ‘middle income’ category.”

For his part, Sununu stressed that the proposal was still in flux.

“We’re still kind of working out what the details are,” he said at his press conference. “Is it a six-month timeframe? Is that realistic? Maybe it has to be a little longer or can be a little shorter. What the dollar amounts are, the Legislature is going to have input on that.”