A new homegrown bank takes root in the Gate City 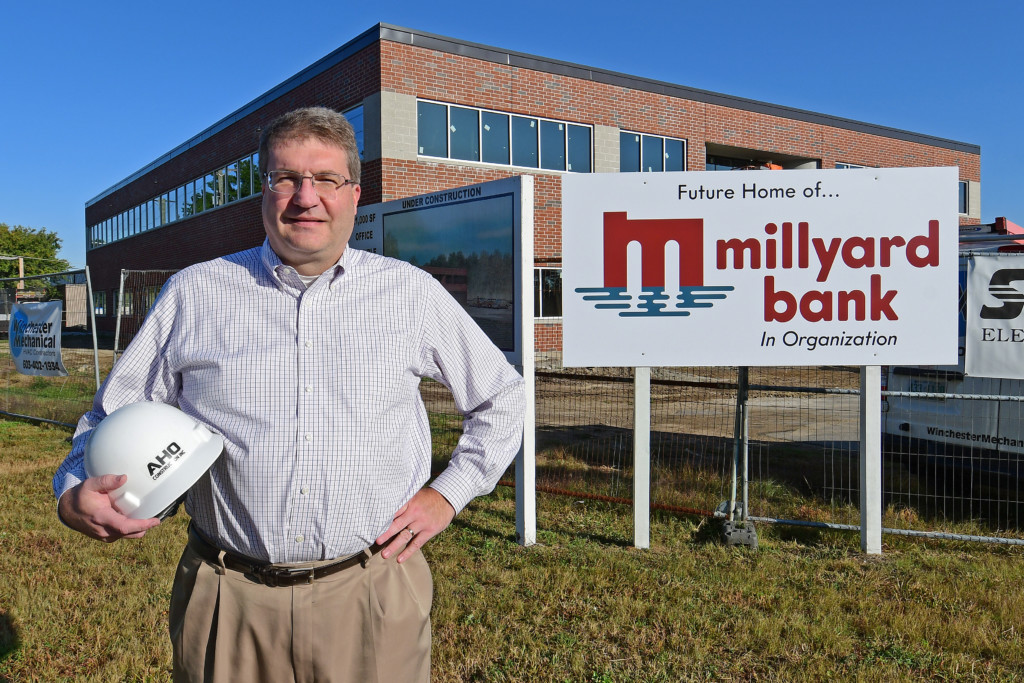 G. Frank Teas, president and CEO of CBTBE Millyard Bank, stands in front of the construction of the new local bank at 57 Northeastern Boulevard in Nashua. (Photo by Jodie Andruskevich)

The opening of a locally owned community bank in Nashua could be just the thing small businesses have been waiting for.

Millyard Bank is set to open in October in the heart of Nashua’s business district, at 57 Northeastern Boulevard. It marks the first time the Gate City has had a homegrown commercial financial institution since The Nashua Bank was acquired in 2012 by Lake Sunapee Bank, which was later acquired by Bar Harbor Bank & Trust.

Since then, no other banks have been headquartered in Nashua, meaning financial decisions about loans and other services were typically made by people out of state with no ties to the area’s communities, residents or businesses, says G. Frank Teas, who’s heading up the new bank.

That’s precisely why the organizers — a group of well-known Nashua area professionals — decided to join forces and build their own, creating the CBTBE (Community Bank To Be Established) Corp. as the first step to get it off the ground. Besides Teas, others involved in the startup are Lorin Rydstrom, Jack Law and Gerry Gartner of Hollis; Peter Nash of Hudson; and John Stabile, Lori Lambert, Jack Tulley and Peter Tamposi of Nashua.

“Thirty years ago there were four banks headquartered in Nashua. Today, not one,” says Teas, who serves as president and CEO of both CBTBE and Millyard Bank. He’s the obvious choice — an experienced banker, a Nashua native and founder of The Nashua Bank. “We want to fill that void and serve the southern central region of New Hampshire.”

To get it off the ground meant raising $20 million on their own and then applying for approval from the Federal Deposit Insurance Corp. and the state Bank Department. Both of those key hurdles were recently passed.

Listening to Teas talk about the vision for Millyard Bank, you can’t help but get a sense of rebellion against the old establishment — a David vs. Goliath scenario about to ensue — because this is an undertaking that bucks all recent banking trends, which favor big national and regional banks. Those are the banks looking for customers in need of the big loans and making the big deposits. But it doesn’t always leave many options for small and medium-sized businesses in need of capital, says Teas. 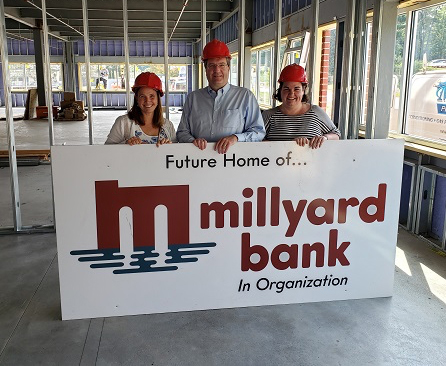 It’s a philosophy of doing more for less, as Teas sees it. He calls Millyard a boutique bank that will cater to small- to medium-sized businesses seeking loans of $3 million or less, with all the high-tech and traditional services of traditional banks, but with an emphasis on making the bank more personalized and community-oriented.

“Businesses have a better chance of surviving when their financial decisions are made by local people who have a relationship with their customers and community,” says Teas.

Just as important, every decision made by the bank will be made from inside the Millyard Bank building, giving employees the same authority to make decisions. “When it comes to matters involving money, they need to be treated with a sense of urgency, flexibility and respect. If you need a decision, you’ll get it immediately. That’s going to be the secret to our success and should be to any business.”

Teas says his 30-plus years of banking experience have prepared him to make Millyard a success, even through tough economic times, including a possible recession, which many economists have been predicting will occur in the next year or so.

“History has told us that a recession is when the need for a community bank is at its highest,” he said, referring to the recession of 2008. “The Nashua came to the rescue of many business owners and professionals because all the other banks had existing loans and were unable to provide access to credit to new customers. So we think, should there be a recession, we will be well poised to capitalize on the opportunity to earn lots of relationships.”

There are currently 16 banks with headquarters in New Hampshire, the newest being Primary Bank, which opened in Bedford in 2015, one of the few that serve the southern part of the state.

Out-of-state firms dominate New Hampshire’s banking industry, with the majority (24) of the state’s 42 FDIC-insured banks headquartered outside New Hampshire. Rhode Island-based Citizens Bank and Delaware-based TD Bank together control nearly half of the market share in New Hampshire, each with more than $7 billion.