The state has made a lot of progress since becoming the last one to honor Dr. King

Dr. Martin Luther King Jr. dedicated his life to creating a stronger, more equitable future in America, and his impact was extraordinary. We celebrate his legacy every year to remind ourselves of his cause and to renew our fight for the America he envisioned. 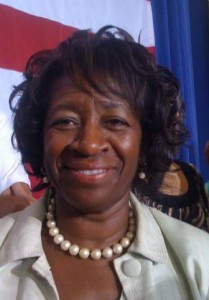 This year’s celebration will be the 20th anniversary of Martin Luther King Jr. Day in New Hampshire. It took the combined efforts of then-Gov. Jeanne Shaheen with the Legislature, along with leaders in our communities, to make MLK Jr. Day law in 1999. But the opposition we faced made our fight to honor Dr. King all the more important.

Martin Luther King Jr. was assassinated on April 4, 1968, at the height of the civil rights movement. Already a beacon of hope and inspiration in the fight for freedom and justice, Dr. King’s death reinvigorated the movement and served as a nationwide symbol of the challenges our country continued to face. Although the fight for equality was far from over, and still is, states across the country began to honor him for his work as early as 1971.

New Hampshire was the last state in the nation to recognize Dr. King and his life’s work. The 1990s saw many attempts to establish this statewide holiday in the Granite State, but all of them were met by resistance. During ten separate debates and votes, opponents said it was unnecessary, they accused those of us fighting for the law of “mindless conformism” and denigrated Dr. King himself as not being worthy of being singled out. They were flat-out wrong.

But that didn’t stop them from effectively obstructing our efforts or drawing the attention of racists from across the country. In 1996, when 49 other states were celebrating Martin Luther King Jr. Day, a white supremacist group from Mississippi came to town to hold a rally at the State House in Concord celebrating how successful our opponents had been at blocking the holiday here.

That symbol of hatred pushed those of us working to make this a law that much harder. As a candidate for governor, Jeanne Shaheen made it clear that she would not back down from this fight, campaigning on the issue and winning. The first woman to be elected Governor of New Hampshire, Shaheen teamed with Reps. Lionel Johnson and Jim Splaine, myself, Rev. Arthur Hilson, and dozens of others who were pushing for this law. We held marches and rallies, had public petitions, and it was a focus of significant outreach at religious services, community events and in the media.

Although we continued to face roadblocks, Shaheen herself was not discouraged, and she used her inaugural speech in 1999 to lay down a marker, saying: “We must not end this century without Marking Martin Luther King Day part of the heritage we leave to our children.”

Ultimately, the vote was closer than it should have been (212-148), even with a diverse coalition of partners, from the labor community to the business community, the LGBTQ community and the black community, as well as civic, religious, and elected leaders on both sides of the aisle. But we succeeded.

On Martin Luther King Jr. Day this year I will look back on this great victory for New Hampshire and the incredible people who made it happen, including the late Rev. Arthur Hilson. Arthur’s legacy is indelibly linked to civil rights in New Hampshire and this statewide effort to honor Dr. King.

We have come far, but we still have a long way to go. I’m grateful for this celebration of Dr. King, and I appreciate the men and women who worked together to make that possible.

Jacquelyne K. Weatherspoon is a former member of the New Hampshire House, a former secretariat at the United Nations, an educator at the Phillips Exeter Academy, and the founder and CEO of Decisions in Democracy International.