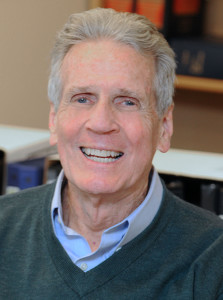 In the good old days before Jan. 1, 2018, if you were starting a new business in New Hampshire, you, your lawyer and your accountant had two main tasks:

The best federal tax regimen for your business if it was a fairly small one with only yourself as an owner would often be Subchapter S, since this choice could save you a lot of Social Security taxes.

The best federal tax regimen for your business — if even from the start it was going to be a fairly large one and had two or more owners — was often partnership taxation, particularly if your accountant and your lawyer knew how to take advantage of a little-known but powerful IRS proposed regulation called Prop. Reg. § 1.1402(a)-2 to protect you from the Self-Employment Tax and the Medicare Tax.

The non-tax choice of entity process hasn’t changed for many years, and under it, you should still almost always form your business as an LLC.

However, on Jan. 1, 2018, tax choice of entity changed radically. That was the date on which new Internal Revenue Code Section 199A, a major provision of the Trump tax reform act, became effective. Section 199A is amazing. Under it, business owners can obtain annual federal income tax deductions of up to 20% of their net business income simply for being business owners.

Unfortunately, handling post-Jan. 1, 2018 tax choices of entity can be a lot harder than handling them before that date. This is because Section 199A is one of the most complex and difficult provisions in the Internal Revenue Code. But if you’re forming a new business, you’ve got to find yourself a lawyer or accountant who is a Section 199A expert. Otherwise, you might be paying thousands of dollars of federal income taxes every year that you don’t need to pay.

The same goes for owners of existing businesses. The very fact that they were formed before Jan. 1, 2018 will often mean they’ve got the wrong federal tax structure. They need to see a Section 199A expert to get the right one.

John Cunningham, an attorney licensed to practice law in New Hampshire and Massachusetts, can be reached at 603- 856-7172, lawjmc@comcast.net or llc199A.com.