‘They have ignored what we told them would make it work,’ says lead plaintiff

The lead plaintiff in the civil lawsuit against the state for physical, sexual and emotional abuse he and hundreds of others suffered as children in state custody spoke out as part of a second letter to Attorney General John Formella this week criticizing the proposed process for compensating victims.

David Meehan is the lead plaintiff in the lawsuit against the Youth Development Center, now called the Sununu Youth Services Center in Manchester.

Formella and the attorneys representing almost 800 victims from YDC and other state and contract facilities, have been at odds over compensation guidelines Formella has proposed.

“It is really dishonest of the state to keep saying the bill they passed is ‘victim friendly’ and ‘trauma informed’ when the actual victims of the state’s abuse don’t agree with them,” Meehan said in the letter his attorneys David Vicinanzo and Rus Rilee sent this week to Formella. 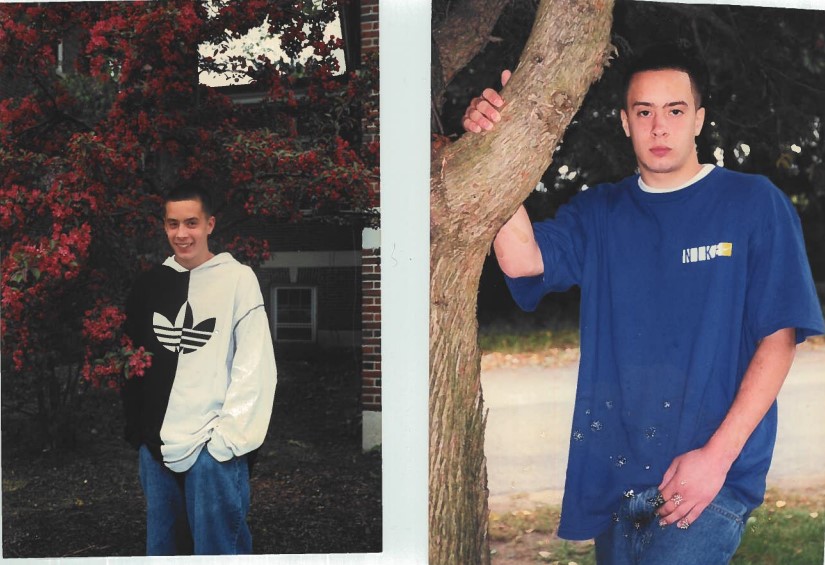 Lead plaintiff David Meehan shown when he was a teenager at the Youth Development Center in Manchester.

Meehan said: “I personally appreciate an attempt at reconciliation and an attempt at an acknowledgement of the state’s guilt by some state representatives.”

Meehan also said the bill, which Sununu signed into law for a $100 million fund for the victims, is an unjust use of the law, an attempt to pacify and take advantage of the actual victims.

“They have ignored what we told them would make it work. I don’t believe that the ‘punishment’ the state has approved for itself actually fits the state’s crimes. And they wonder why we don’t trust them?” Meehan said.

“The survivors believe that this back-and-forth is window-dressing regarding the attorney general’s statutory obligation to engage in negotiations,” the attorneys wrote.

The attorneys said the process appears to treat survivors as liars and cheaters who are out to steal money from the state.

Survivors should not have to rely on application of “aggravating circumstances” to raise their awards to a reasonable number, the attorneys said.

“To be clear, the state’s notion that a survivor of child rape is entitled to no more than $200,000 unless they were impregnated or infected with an STD is gut-wrenching and appalling,” they said in the letter.

They offered the example of the Concord School District that recently settled claims by a child victim against a former teacher for $1 million.

“And it is completely mystifying that the proposal sets caps at $150,000 for unlimited beatings and torture, and $1.5 million for unlimited amounts of sexual abuse (some of our survivors were raped well in excess of 100 times). For other state torts – for instance, if the state installed a guardrail incorrectly, resulting in injury – the caps would be $475,000 to a maximum of approximately $4.6 million.

“There is no reasonable or humane justification to value a car accident caused by negligence at three times the value of deliberate rape or torture, caused by the state’s breach of fiduciary duty to vulnerable, helpless children.”

The attorneys quoted their client: “As David Meehan summed it up, ‘And they wonder why we don’t trust them?’”

When asked for comment, Formella’s office said: “The Attorney General’s Office remains committed to providing YDC victims with a trauma-informed, victim-centered alternative to litigation for the efficient and fair resolution of claims of abuse at YDC and are actively working to finalize a claims process and guidelines that helps YDC victims.

YDC victims who file a lawsuit will also be able to file a claim in this YDC Settlement Fund process. If a victim does not agree with an offer, they will have options. They will be able to negotiate for a higher amount; ask the settlement administrator to choose an amount that resolves the difference; or withdraw their claim and resume their court case.

No victim is required to use this settlement process, but it was established by the Legislature and the governor to provide an avenue for much needed healing and compensation for many of these victims.

Any person with information regarding criminal conduct at the YDC is urged to contact the N.H. Attorney General’s Task Force hotline at 603-271-4000.

InDepthNH.org is a nonprofit news website published online by the NH Center for Public Interest Journalism.