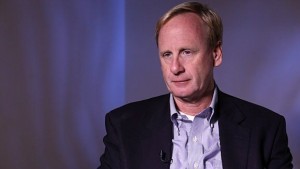 Among other things, Kingsbridge, based in the United Kingdom, insures the UK’s growing “contingent workforce” – contractors, freelancers and gig workers. It also insures utilities, the recruitment industry and utilities, among other industries. The transaction is expected to close in the second quarter.

White Mountain, run out of Hanover, though officially headquartered in Bermuda for tax reasons, acquired 96% ownership interest in NSM for $276 million in May 2018. The specialty insurance firm has completed over 20 acquisitions since its founding in 1990, including three since White Mountain took it over.

In May 2018, NSM acquired KBK Insurance Group, which focuses on towing and other transportation insurance. Just short of a year later, in April 2019, it acquired Embrace Pet Insurance, which specializes in cats and dogs, and at the end of June 2019 it acquired American International Group’s antique car insurance line for $83 million. Altogether, NSM now accounts for $825 million of White Mountains’ total assets which are just short of $4 billion, according to White Mountain’s annual financial statement filed on March 2.