Want to own your own store?

NH town revitalizes village store, but it needs an owner 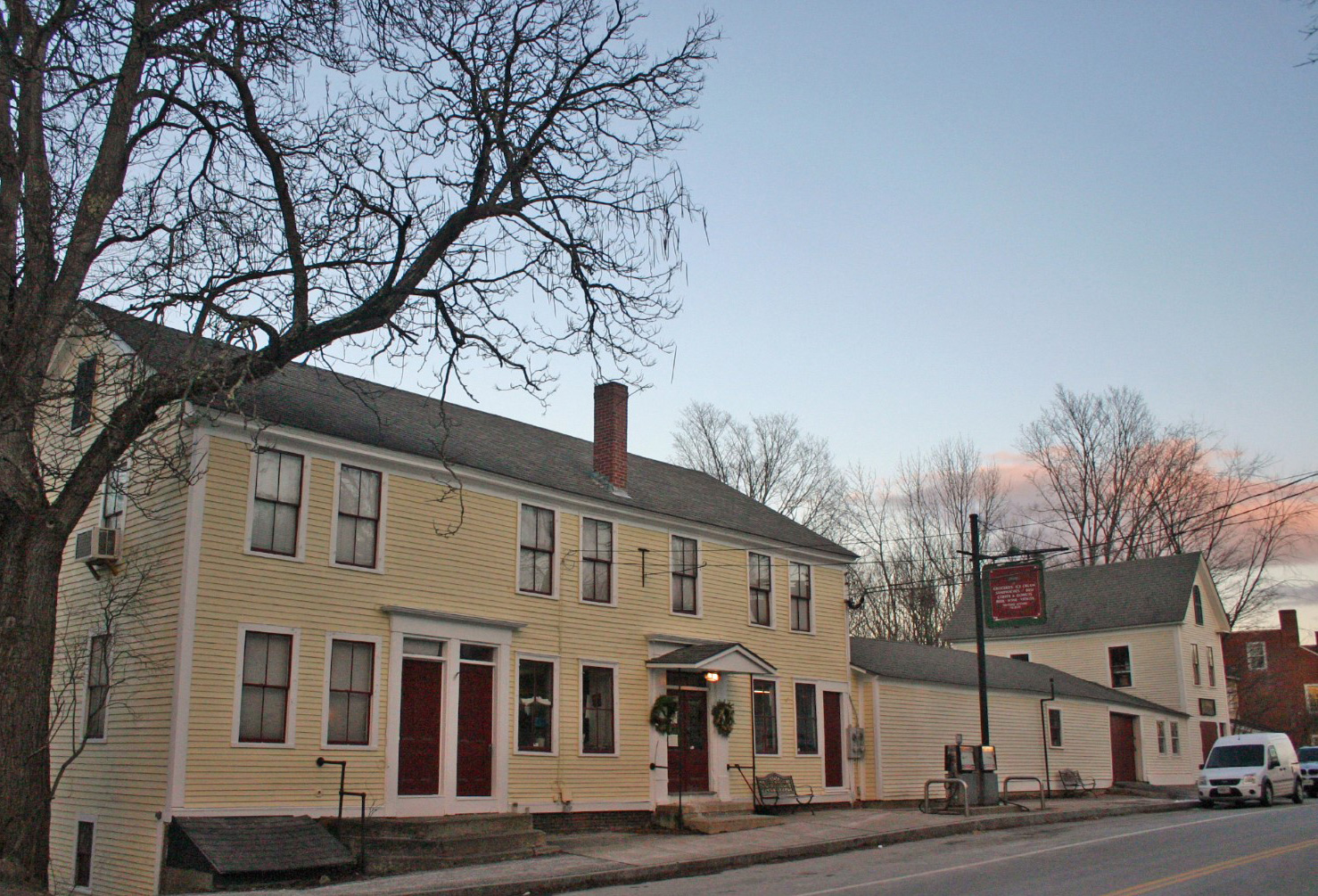 Proposals are now being accepted from people interested in leasing the Francestown Village Store to operate the business.

The village store is symbolic of a simpler time, before chain grocery and convenience stores dotted the landscape, a place parents would send their children for a walk down the country road for a gallon of milk or loaf of bread. Friends would say hello at the checkout counter and catch up on the latest before heading off on the way to their destination, and the shopkeeper knew every customer’s name.

The Francestown Village Store had been the setting of these kinds of scenes since 1814, when it opened on Main Street (Route 47) near the intersection of Route 136. The store provided groceries, a deli, gas and other goods and served as a center for social interaction until the summer of 2017.

That’s when the Village Store, commonly referred to as the second-oldest continually operating store in the country, closed its doors after the owners went bankrupt, and it was put up for auction. Lake Sunapee Bank, now Bar Harbor Bank & Trust, retained the property for $100,000 during an auction that July.

Despite efforts to save it, there was not enough time to raise the necessary funds.

Then a Wall Street Journal reporter who heard about the then-pending auction came up to Francestown to write a story about the town and the history of the store.

William Smith, who lives in California on the Nevada border, read that story and called Charlie Pyle, a member of the town’s historical society. He made an unexpected offer: to pay off the foreclosure cost and any back taxes on the Francestown Village Store.

Smith paid $125,000 to buy the property and donated the store to the Francestown Improvement and Historical Society, or FIHS.

Smith doesn’t have any prior connection to Francestown, although he has done similar philanthropic gestures in the past. 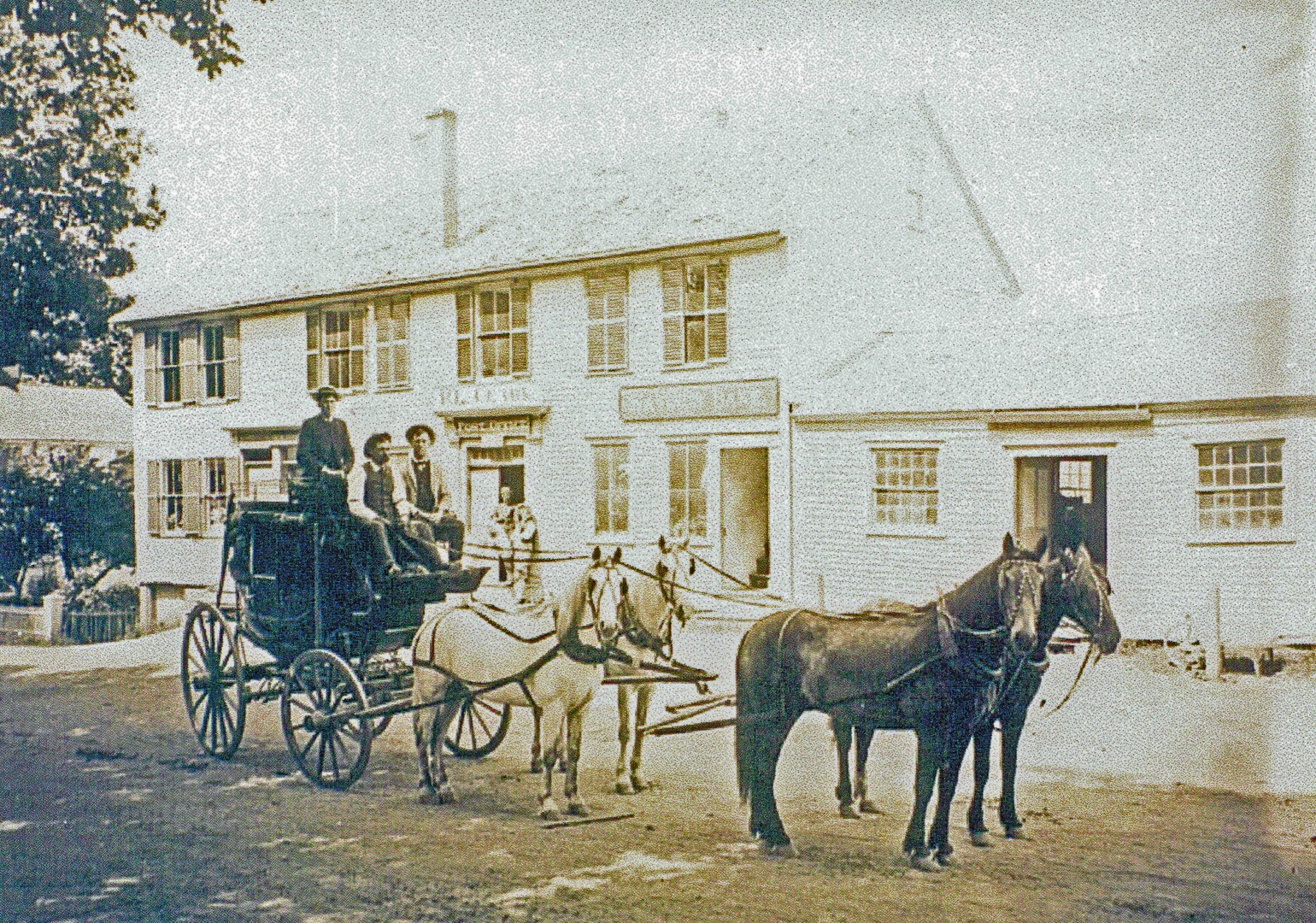 The Francestown Village Store was built in 1814 and served as the center for social interaction until the summer of 2017.

Last year, he visited New Hampshire for the first time when he came to Francestown with his three daughters. He also paid for a plaque to hang that will be engraved with the Village Store building’s new name — The Three Sisters building — in honor of them.

“He is 93 years old and he climbed the bell tower of the meeting house to see the view,” she said. “He develops projects that help communities. Although he’d never visited the area, he loved the idea of the New England small town general store.”

The event and his visit kicked off an 18-month outpouring of support from the community in the form of donations that led the project to reopen the store to its final stages of construction and a search for a proprietor to own and operate the Village Store business. The historical society will continue to own the building.

“The townspeople’s enthusiasm [for the project] was inspiring,” said Pyle.

Pyle said the group received a small start-up donation, which was enough to cover the cost of gutting the space. She said the process allowed the group to see what it was working with.

During the process, crews revealed wooden beams that had been covered by the ceiling and a floor that was in rough shape, patched in pieces and rotted in others.

Under the guidance of an architect and a structural engineer, the electrical has been replaced with all new wiring and structural supports in the building have been augmented to properly support commercial equipment like coolers and freezers as well as to meet current building code requirements.

While working to ensure that the historical charm and ambiance of the building will be retained, the renovation work includes new, easy-to-maintain interior finishes, including hardwood flooring, vinyl-clad windows and customizable track lighting systems and an ADA-compliant entrance and public restroom.

The historical society plans to bring back certain features of the building during the renovation process, like moving the sales counter back to its original location, constructing a kitchen, and restoring a second door and windows that have been covered up over the years.

‘A lot of flexibility’

The group is also waiting on an application for a USDA Rural Development grant to help pay for the installation of mini-split energy-efficient systems to efficiently heat and cool the building. The $30,000 grant would bring the project close to its $150,000 renovation budget goal.

Any remaining work will be done by the new business owner.

“Whoever comes into this project will have a big leg up because they will be debt-free,” said Pyle, adding that she believes that because the building was given as a gift to the organization, the new owner will be able to keep rent costs low.

A separate entity is being formed that would collect rent and fix any issues with the structure.

This shift in the way a village store is run — in which the members of the community it serves are stakeholders — allows the business to succeed. Other stores in the region are operated with a similar structure, including the nearby Harrisville General Store. That store, located in an 1838 building, is owned by Historical Harrisville Inc., a nonprofit organization dedicated to preserving the town’s history.

Because the Francestown Village Store building is not zoned for residency, Pyle envisions the new owner will be someone who already lives locally or is interested in relocating to the area, which draws 4.5 million visitors a year.

The society is now soliciting proposals from people interested in leasing the space to operate the business.

The group is also in discussion with the Greater Peterborough Chamber of Commerce about Francestown becoming a historical destination, which would create more visibility for the store.

“Everyone who goes to Crotched Mountain to ski or golf or stay in a timeshare goes by the store,” said Pyle.

The final business model for the store will be up to the new owner, but the historical society’s community outreach and market research has determined that there is significant customer support for the following: groceries, a coffee shop/gathering area, deli counter with take-out service, prepared meals for take-out, locally sourced foods and fresh produce, locally made artisans’ products and catering services.

“There’s a lot of flexibility in the business model for the store’s new owner,” said Pyle. “Mostly we want a successful business in town for the people of Francestown. The biggest piece is finding someone to come in and complete this dream.”