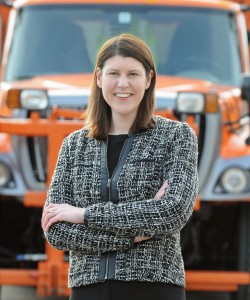 While construction and paving projects scheduled for this summer are on track, a shortfall in revenue from both the gas tax and road tolls, together with uncertainty surrounding federal funding, have cast a shadow over the maintenance and improvement of New Hampshire’s roads and bridges in the year to come.

In a recent presentation to the Governor’s Office of Emergency Relief and Recovery (GOFERR), Transportation Commissioner Victoria Sheehan said that since the middle of March traffic counts on the southern stretches of Interstate 93 and the turnpike system, where data is readily at hand, have fallen by half or more. She said the Department of Transportation is monitoring traffic around the state and estimates the state will see volume drop 50% in April, May and June, 25% in July, August and September and 10% for the remainder of the biennium ending next June

“There are a lot of different scenarios,” Sheehan said. At the same time, she stressed that declining revenues will have an adverse impact on the department’s operating budget, highway block grants to municipalities, the betterment program and the capital budget.

Sheehan said that all federal and turnpike projects scheduled for this construction season are underway while the department is “minimizing the construction work effort that is funded by highway fund dollars.”

She expressed concern for the department’s capacity to perform routine preventive maintenance of roads and bridges, explaining that deferring the work would lead to higher remediation costs in the future.

Design teams, the commissioner said, are continuing to prepare projects to be undertaken in future construction seasons. She said that a full schedule of road and bridge work will not only forestall interruption of necessary maintenance and improvements but also contribute employment and investment to the recovering economy.

Sheehan explained the NHDOT is applying for a share of the $25 billion allocated by the CARES Act to be distributed by the Federal Emergency Management Agency to reimburse states 75% of the costs incurred by the public health emergency. At the same time the department expects to receive $39 million to mitigate the impact on bus serous services and restore their operations as well as $15.2 million to support three commercial airports at Manchester, Portsmouth and Lebanon.

Meanwhile, the American Association of State Highway and Transportation Officials has urged Congress to include $49.95 billion of flexible funding in the next stimulus and relief package, which would be distributed to states to offset the loss of transportation revenues. New Hampshire would stand to receive about $185 million in unrestricted federal funds to compensate for the loss of gas tax and road toll revenues.

Sheehan said that since the Fixing America’s Surface Transportation (FAST) Act expires in September, funding to stimulate the economic recovery by investing in infrastructure could be rolled into the reauthorization of the FAST Act.