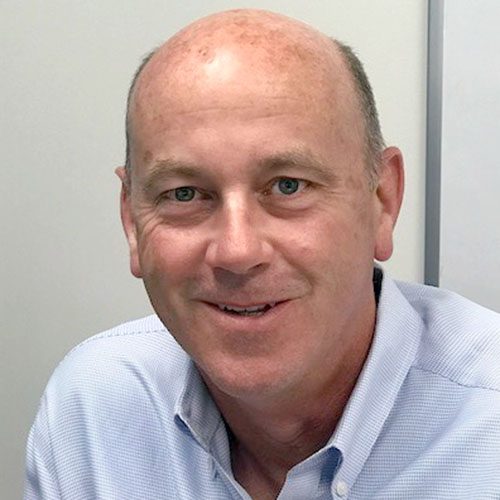 The latest Covid surge has resulted in another surge of revenue for Vapotherm, the Exeter firm that sells breathing apparatus for health care providers.

But because of the sheer expense in fulfilling the orders, increased executive compensation and the expense of moving some production to Mexico means the company has suffered millions of dollars in losses.

But the company is confident that will continue to grow in the future.

“Whether we like it or not, Covid-19 is here to stay. So we believe our market just got a lot bigger,” said CEO Joe Almy in on earnings call last week.

The company reported that third-quarter revenue increased by nearly 25 percent to $38.1 million, and if you go back another year the compound growth was 88 percent. Nevertheless, the company reported a net loss of $13.6 million, 52 cents a share. The main reason was more than a $4 million increase in the cost of generating that revenue and another $5 million increase in expenses, nearly all of it for sales and marketing.

“Gross margin was negatively impacted by one-time charges related to the transfer of certain activities to our contract manufacturer in Mexico,” said the company in its earnings release, but it did not go into detail. That negative impact will continue for the rest of this year, but “we anticipate long-term benefits of those actions,” it said.

Also tucked in to those expenses was $7.2 million in executive compensation year-to-date, up from $4.6 million the previous year.

The company expects full-year revenue will reach $106 million, which would more than double the company’s pre-pandemic revenue in 2019.

The revenue boost was a result of the acceptance of Vapotherm High Velocity Therapy technology, which was approved as a first-line treatment for those suffering from low oxygen levels. As of Sept. 30, the company has sold the machines 2,000 hospital across the U.S. this year. This has meant the company had to invest heavily in production, sales and marketing and educating some 33,000 caregivers how to use the product.

“Our global installed base now sits at nearly 35,000, more than double the size it was 24 months ago and we are in over 500 of the top 2,000 largest emergency departments in the U.S.,” said Almy. “Our creativity, agility and focus on customers has paid dividends.”

Almy said the company’s next-generation respirator will have an easier user interface, so it could be more easily used at home, thus requiring less staff time. Also, with the acquisition of HGE Health Care Solutions LLC last year, Vapotherm will be rebranding it as Vapotherm Access Care Management Network, which would enable hospitals to remotely monitor their patients on a daily basis, preventing problems that would result in readmissions, thus avoiding Medicare penalties.

“Nobody else is doing this. This is brand new,” said Almy. “We’re bringing customers something that’s completely different that they’ve never seen before.”