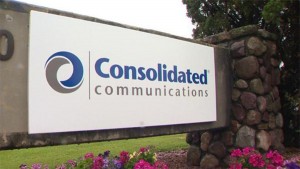 While they say they have no immediate plans for a work stoppage, unionized workers for Consolidated Communications have voted “by an overwhelming majority” to authorize a strike.

The contracts of the more than 1,000 union employees of Consolidated in Maine, New Hampshire and Vermont expire on Aug. 7.

In a press release issued by Communications Workers of America Local 1400 and International Brotherhood of Electrical Workers locals 2320, 2326 and 2327, the unions union said they are concerned about efforts by the company to use outside contractors and move work outside of the northern New England area. Using outside workers to maintain communication networks would be a burden for Consolidated customers, they said.

Ryan Whitlock, Consolidated’s senior vice president of operations, told the Portland Press-Herald that the company is “committed to continuing this track record and are hopeful to negotiate contracts that allow us to continue to provide better service to our customers, benefits to our employees and ensure we are operating a sustainable and competitive fiber broadband company.”

Pete McLaughlin of IBEW had a similar sentiment, saying in a statement, “No one here wants a strike — our members want nothing more than to provide the service our customers deserve. We will continue to bargain in good faith and are only asking that (Consolidated) lives up to the commitments it made to us three years ago. If they won’t work with us to reach a mutually agreeable contract, we may be left with no other option.”

In 2015 unionized workers for Consolidated Communications in northern New England went on strike for 131 days before reaching an agreement. In 2018, the union authorized a strike, but it reached a deal with the company hours before a strike was set to begin.