Under Covid, paid leave becomes a reality in New Hampshire 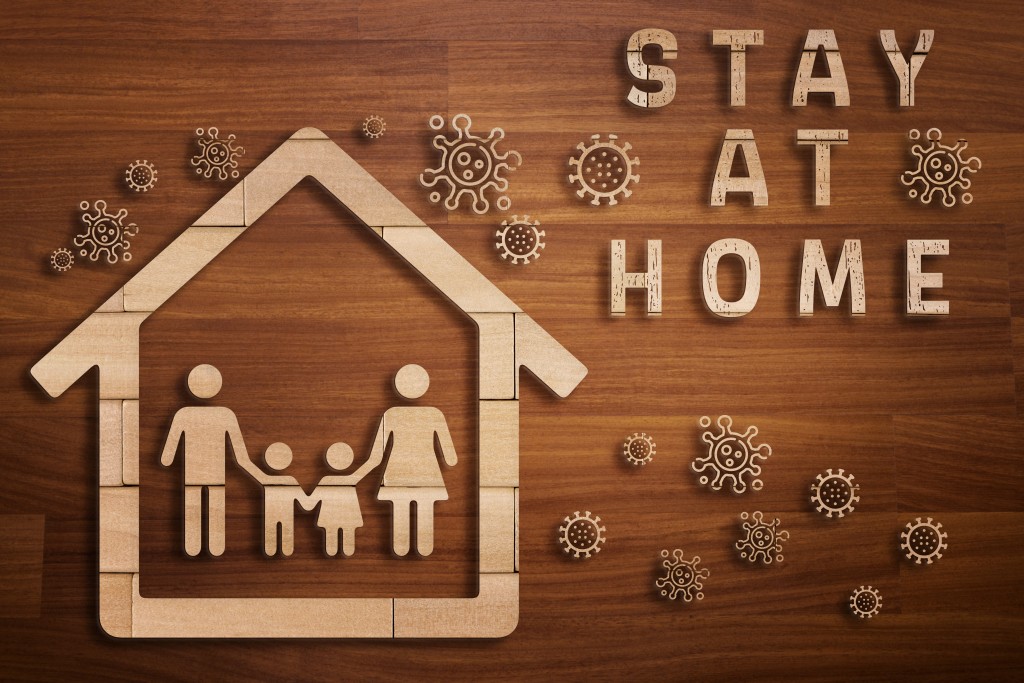 For Nikki Curran of Windham, it didn’t seem she had much of a choice. Her employer for the last 11 years, Autism Bridges, a private company headquartered in Bedford, had closed its four therapy centers in three states in response to Covid-19.

Instead, the firm sent its staffers into clients’ homes. But Curran was afraid to go. The Windham schools had sent their students home, and Curran’s 12-year-old son has chronic breathing issues, putting him at high risk should he get the virus.

“We are very careful and very scared,” said Curran.

At first, she and her husband — who teaches middle school in Derry and was soon working remotely — juggled their schedule. But on April 1, Autism Bridges gave Curran roughly half-time office work and some telemedicine jobs and provided her with paid family leave for the rest.

“To be still doing our jobs and keeping our family safe is a huge relief,” she said. “I’m so, so grateful.”

Autism Bridges was glad to do it, but it too didn’t have a choice.

Mandated paid family and medical leave, a program pushed by most New Hampshire Democrats and disparaged by most Republicans, has suddenly become law for most businesses in the state and across the country, at least when it comes to employees affected by this coronavirus.

Funded nationally, mainly by taxpayers, and somewhat via state businesses through unemployment taxes, it is part of the federal CARES Act, and at the state level it is the subject of an emergency order issued by Gov. Chris Sununu. For more than a month, it has been just one more regulation, without much controversy or attention, overshadowed by the larger Covid-19 health and economic crisis.

Sununu has repeatedly vetoed similar mandated leave proposals, but his March 17 emergency order covers not only those who have the virus or might have the virus and are under quarantine, or those who care for a family member under similar conditions, it also applies to people who have lost child care because of school or day care closings.

At first, such employees were paid through state unemployment benefits — 60% of income — which is paid by businesses via the unemployment tax. But on March 27, when President Trump signed the CARES Act, Uncle Sam began picking up the tab, and because the federal government also pays an extra $600 a week for unemployment recipients, the result in New Hampshire is a paid leave benefit averaging 95% of an average worker’s weekly pay — far more than any existing leave policy or proposal.

Employers can simply deduct what they pay from what they owe the federal government in Social Security and Medicare taxes. Some are already doing so. Others take the credit at the end of the quarter. It depends on their payroll management company.

That means workers, and to some extent employers, have two paid family leave policies to choose from. At this point, there is no data indicating how many are taking advantage of either. New Hampshire Employee Security has yet to release such information, and the Internal Revenue Service won’t have a good idea until businesses submit their quarterly tax filing on July 1. 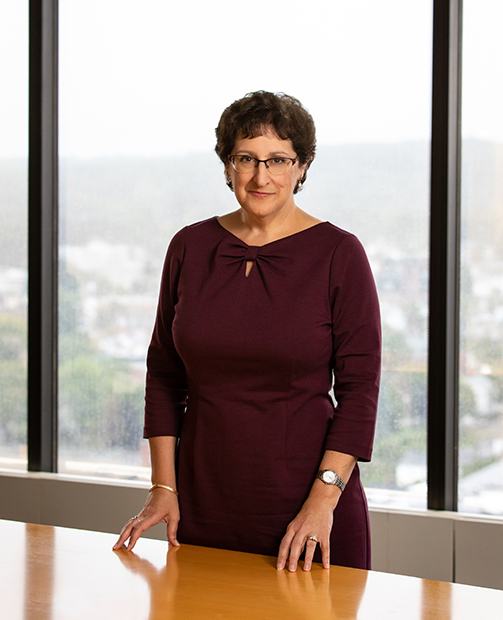 Generally, such small businesses would have to provide paid leave, because claiming that offering leave could end their business as a going concern is a “pretty high bar,” said Andrea Chatfield, an attorney at Cook, Little, Rosenblatt and Manson.

A recent survey by the Business and Industry Association of New Hampshire indicates that the use of paid family leave is widespread. Of the 108 responses by members, 43% said they had employees who were not coming to work because of the crisis and, of those, 72% said it was due to child care issues and 67% said it was due to employees having school-age kids at home. (The two categories are not mutually exclusive, of course.)

At this point, paid family leave is temporary. Federally enhanced unemployment benefits end July 1, and the FFCRA program runs to the end of the year. But no one knows whether they will be extended or for how long.

FFCRA also exempts a large group of businesses: those with more than 500 employees (including most chains), businesses with fewer than 50 employees if the family leave (but not the sick leave) jeopardizes the company’s viability and frontline workers, such as healthcare and emergency personnel.

Generally, such small businesses would have to provide paid leave, because claiming that offering leave could end their business as a going concern is a “pretty high bar,” said Andrea Chatfield, an attorney at Cook, Little, Rosenblatt and Manson in Manchester who specializes in human resources.

On the other hand, a small business doesn’t have to prove or even claim such an exemption. All it has to do is note it, should it ever come up via a complaint or an audit, said Amanda Sears, New Hampshire director of the Campaign for a Family Friendly Economy, an organization that has been advocating for a mandatory paid leave program for years.

“They could exempt themselves, and there is no one overseeing it, really,” Sears said.

Such small businesses also would least likely know about the program because they have been exempted in the unpaid federal Family and Medical Leave Act — passed in 1993 — that requires all businesses with over 50 employees to hold a job if employees take time off to care for a loved one or themselves for 12 weeks.

Even if all smaller businesses comply, that would still leave some “concerning gaps,” said Sears.

Most supermarket chains have more than 500 employees, as do many restaurant chains, she noted. And — unlike the Paycheck Protection Program, which allows large chains to apply by location for millions in forgivable loans — those same chains are over the threshold and thus exempted from the mandated paid family leave requirements.

In addition, while the healthcare exemption might seem like a good idea, since such workers are desperately needed right now, “does it make sense to have people who might have the virus coming to work because they don’t have any sick days?” Sears asked. 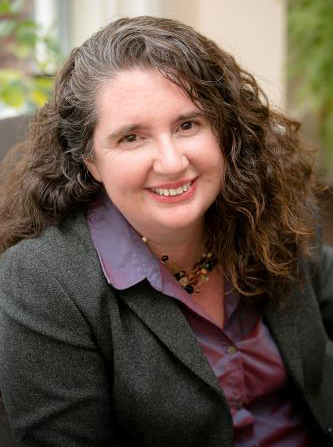 “We hope that this will make the governor realize how necessary [paid family leave] is, outside this specific pandemic,” says Amanda Sears, New Hampshire director of the Campaign for a Family Friendly Economy.

The biggest limitation is that the current paid leave program only pertains to one disease.

“What everyone is going though right now is what an individual goes though when they get cancer or a loved one gets cancer,” said Sears. “We hope that this will make the governor realize how necessary this is, outside this specific pandemic.”

Sears pointed to House Bill 712, which was passed by the House and Senate and was on its way to the governor for his signature before the pandemic interrupted state government. The bill would offer 12 weeks of paid leave at 60% of salary, paid through a 0.5% payroll deduction. Sununu has vetoed similar bills before, instead proposing a voluntary program piggybacking on a negotiated program with the state employees.

The deadlock has lasted for years. Yet suddenly, paid leave — with all its limitations —has become a reality, at least for now.

“In the beginning, it was confusing and everybody was scrambling,” said Debra Weiss Ford, a Portsmouth attorney. “But by the time they got to the grace period, people were a lot more comfortable.”

That grace period — the time when the U.S. Department of Labor would not enforce the law unless there was a willful violation — ended on April 17, though it is unclear whether that enforcement has actually begun. The department would not say if there have been any complaints or investigations in New Hampshire since the program began.

The biggest question now is not whether the program is a good idea, but what to do about the two competing programs.

What about the employees who decline the company benefit and wish to stay out on unemployment where they could get more money?

“I’ve gotten that question at least once a day for the past three weeks,” said Ford.

“It has proved difficult, because we are competing against ultra-rich unemployment benefits,” said Joleen Welford, director of employee relations at Lakes Region Community Services, a nonprofit that services developmentally disabled individuals. 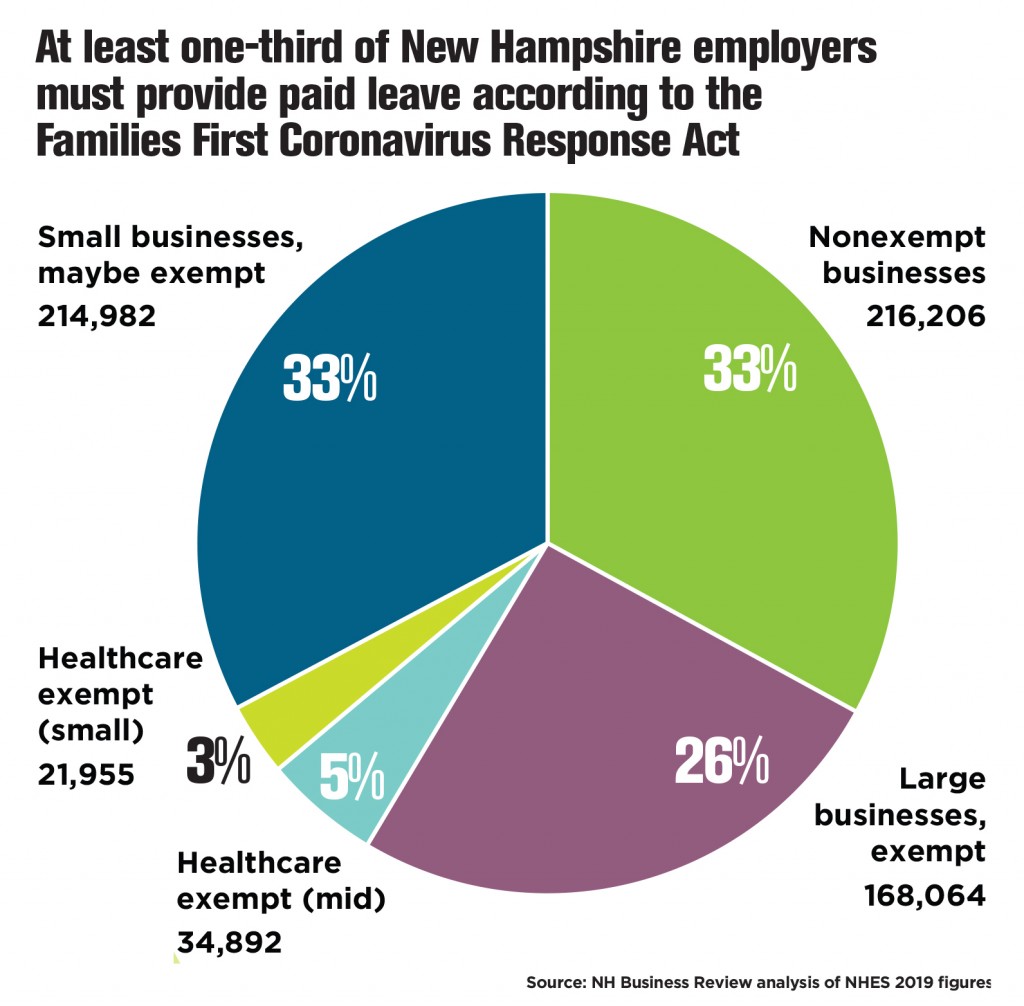 Although employees can’t refuse a job offer because current unemployment benefits pay them more than the job itself, family leave is a murky territory. NHES does ask if a claimant is receiving other income, which includes the family leave benefit. On the other hand, someone can quit a job even though being offered leave, then tell NHES they needed to leave work to take care of their school-age kid who has been sent home because of the pandemic.

That person would be eligible for benefits, said NHES Deputy Commissioner Richard Lavers. (Lavers suggested an alternative: employers can participate in the department’s WorkShare Program, which allows a company to reduce an employee’s hours so they can collect a proportionate amount of state unemployment benefits, which also includes the full federal enhancement of $600 a week.)

Sheryl Crusco’s last day at Lakes Region Community Services was April 1, the same day the FFCRA went into effect. Crusco has two teenagers at home, 14 and 16, who she said needed some prompting to do their schoolwork, but more importantly, she herself has asthma and other lung issues, and her doctor instructed her to stay home.

Going back to collect medical leave at work was “just silly at this point. You can get more on unemployment,” she said. Still, she added, she has been with the company for seven years, and she hopes the virus risk diminishes because she loves her work. “I miss everybody.”

Autism Bridges faces some of the same problems. The company already had trouble finding staff and now feels like “we are competing against the unemployment system, but we did some education, and employees came back for the health benefits and to know they have a job waiting for them,” said founder Thea Davis.

Davis wanted to make clear that FFCRA is in tune with her company’s philosophy, but the rules are complex and her staff spent many hours figuring out how to implement it, calling it a bit “overwhelming.”

Out of a staff of 75, some 13 are using the benefits, though not all are using it full time.

Brittany Moore has worked at Autism Bridges for about 11 years. She, too, said she needed to stay home, this time to care for her 9-year-old daughter. She also was considering applying for unemployment before the family leave program allowed her to keep her benefits and continue to work a little.

On the one weekday her husband wasn’t working at Target, she was able to go to a client’s house to provide therapy as well as do some office work from home. But without some kind of paid leave, she said, it would be a lot more difficult economically to pull it off.

“It’s a difficult balance, being a wife and a mom and a teacher and employee all at once within a 10-minute period sometimes,” she said. “It’s been tricky, but everybody is doing it at this point. That’s just the way it is now.”

The question is: What will it be like in the future?