Awaiting reopening guidelines, venues are ‘in a holding pattern’ 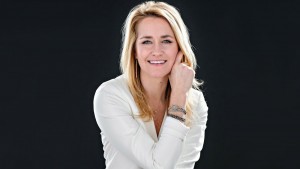 ‘We’re doing all we can to get through this time,’ said Tina Sawtelle, executive director of The Music Hall in Portsmouth.

It may be quiet among the rows of empty seats, but there are ongoing discussions behind the scenes as to when entertainment venues will get the go-ahead to reopen and what processes there will be to go about it.

On Tuesday, the Governor’s Economic Reopening Task Force recommended reopening guidelines for art galleries and museums, but not entertainment venues. The recommendations must still be approved by the governor before taking effect.

“Many arts organizations are looking to public health, government for guidance on crowd size, physical distancing, hygiene requirements, travel restrictions and more,” not only for audiences but also artists and backstage staff, said Ginnie Lupi, director of the New Hampshire State Council on the Arts, which has brought together New Hampshire’s variety of small and large performing arts venues to share best practices and other information

The arts council is working with the Governor’s Economic Re-opening Task Force, which has formed an arts workgroup that was further subdivided into five sectors of the arts industry – performance venues, museums, arts education facilities, festivals and fairs, and producing organizations.

Rep. Shannon Chandley, D-Hillsboro, a member of the taskforce and arts working group, said the governor could determine crowd sizes over time. As of now, there is a ban on groups of more than 10 people.

Theaters such as the Capitol Center for the Arts in Concord, Hampton Beach Casino Ballroom and The Music Hall in Portsmouth have some June performances and film screenings hanging in the balance.

“We’ve been in a total holding pattern,” said Nicolette Clark, executive director of the Capitol Center, who testified before the task force in early May. “We presenters would love to reopen our buildings on July 1, and over the summer we would be doing smaller things, trying to make sure we’ve got all of our new protocols: sanitizing and things we can do to social distance and make sure we have as much hands-free stuff as possible. But we have no answers at this point.”

A matter of survival

The financial viability of the state’s arts and entertainment industry has been thrown into jeopardy as the annual lineup continues to shuffle. 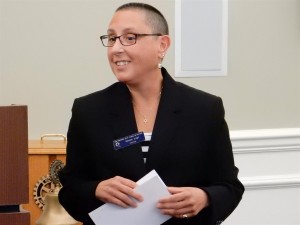 The State Council on the Arts is administering federal funds to support organizations, ‘but the need is far greater than we can address,’ says Ginnie Lupi, the council’s director.

and May) to this summer and fall, but they are waiting to see if they will need to be rescheduled yet again.

Venerable summer theaters, including The Peterborough Players and the New London Barn Playhouse, have canceled their summer seasons because it was not safe to bring actors and staff, many of whom are housed onsite or in private homes, to New Hampshire from all over the country.

At the Bank of New Hampshire Pavilion in Gilford, headliners like the Dave Matthews Band have also written off 2020 and are looking ahead to 2021.

“I think the agents and managers of all these band are waiting for input,” said Tim Bechert, senior general manager of SNHU Arena in Manchester, whose most profitable season is in the fall and winter months. “They’re going to want to have all of that information because they’re the ones putting money on the line every time they put a show on the road, so they’re looking for input from all different places. It’s not for us to say we’re open or we’re not open.”

For venues like the Capitol Center, selling tickets in advance of a show is critical to supporting its operations.

“We live on those dollars from ticket sales, so we had to figure out how we would survive into the summer and into the new year,” said Clark of the Capitol Center, who saw all of her programming rescheduled or canceled within five days when the coronavirus crisis hit in mid-March.

She was forced to trim the budget, immediately laying off 21 employees while reducing hours and pay for the 21 remaining staffers.

“We agreed to do that for six weeks while we applied for one of the PPP loans. We were lucky enough to get one of them for April, but we had some shows on our calendar for June, and those are now all being rescheduled because we’re not going to be able to open up on time, so we’ve laid off everybody but a skeleton staff of eight people,” said Clark.

In hopes of preventing mass refunds for canceled shows, the center has presented patrons with the option of crediting tickets to a future show or turning it into a donation.

“It allows us to keep the cash for the moment,” said Clark, who has also been checking in with donor and business sponsors to keep them updated.

“Usually we have shows on sale right now that are generating ticket sales well into the fall, well into the spring [2021],” said Tina Sawtelle, who was named executive director of The Music Hall in April and previously served as chief financial officer. “Because of the uncertainty of whether those shows can happen, we need all of the support we can get, and we are working on a number of cost-cutting measures as well. We feel that is important to communicate to our community and supporters that we’re doing all we can to get through this time.”

Sawtelle said it is more critical than ever for patrons of New Hampshire’s arts and cultural venues to provide financial support.

“When we knew this closure was happening, we reached out to our closest members and we said, ‘We think we’re going to have to raise an emergency fund to mitigate our ticket sales,’” said Sawtelle. “We were really successful in getting that established. We call it our Covid Emergency Fund, and we’ve had a number of people step up to that.”

Clark and Sawtelle are also hoping venues like theirs will receive some of the $1.25 billion in federal stimulus funds New Hampshire received for coronavirus aid relief.

According to the council’s Lupi, the State Council on the Arts is administering CARES Act funds “in the form of small grants for nonprofit arts organizations, but the need is far greater than we can address. I am hopeful that the flex funds decisions announced by the governor, which will provide relief for businesses through the Business Finance Authority and nonprofits through the NH Charitable Foundation, will help arts organizations in some way, but more funds are needed.”

Added Lupi: “There are also major business considerations inherent in reopening. If the six-foot physical distancing requirement continues, it would mean that most performance venues could only sell 25% of their seats, which is not a viable financial model.”

New Hampshire’s venue managers are also staying abreast of nationwide best practices through the Event Safety Alliance and watching states that have released guidelines for reopening, such as Connecticut and Oklahoma.

Sawtelle anticipates limits on filling some of her 900 seats at the Music Hall and moving shows from The Loft, which seats 124, to the larger venue.

“It gives [the artist] a neat opportunity to play on the bigger stage,” noted Sawtelle. Though she still needs to consider “pinch points,” such as the use of the restrooms.

In the past, the Music Hall has utilized a parking lot owned by the City of Portsmouth for outdoor film screenings — currently it is looking into a larger parking space for films and concerts.

That’s what Tupelo Music Hall in Derry is already doing – hosting drive-in concerts and comedy shows as of May 16.

“We’re a little lucky because of the way we’re situated, most of our parking space you can face the main entrance and the entrance is a natural stage,” said owner Scott Hayward.

About 75 cars are spaced roughly 20 feet from each other, allowing patrons to pull out a lawn chair. Food and beverages will be delivered via a golf cart, with employees wearing gloves and masks.

Hayward welded some brackets to the entrance to hang a public address system and is broadcasting the concerts via Derry’s FM station as well as a pay-per-view model to stream concerts on TV.

“I have gotten emails from like six different agents and people are very excited about this,” said Hayward. “We deal with national touring artists, so we’re talking to agents we work with. People can drive from New York, do a show and drive home, so within a four-hour driving radius, there’s a lot of really good talent. “It’s one more way for artists to interact with their audiences.

Patrik Gochez, is a musician from New Hampshire who is part of a Somerville, Mass.-based band called Pat and The Hats.

“All shows, video projects, recording projects have frozen. I think the case for most performing artists who understand the mixed media nature of the career get their momentum from actually performing, so without that, things slow down,” said Gochez. “Most shows are booked months and sometimes even over a year in advance, so without something resembling a resumption date on the calendar, the act of even booking (let alone playing) a show is halted.”

“It definitely has affected me and a lot of my artist friends I know,” said Evelyn Cormier, who appeared on “American Idol” in 2019 and returned to New Hampshire for the time being after having just moved to Los Angeles before the Covid crisis struck.

She has been able to do some work from a New Hampshire studio, laying down vocals remotely for a duet with a singer in the Philippines, and has live-streamed sets to stay in front of her fans.

“You can make money from streams too, but it’s super small amount of money. You make money by playing live shows and selling your merchandise at shows,” she said.

Despite it all, New Hampshire audiences may see more entertainment activity than others states.

“We’re hearing from the agents and their artists that tour schedules are getting rerouted around the hotspots and artists are trying to avoid doing shows where there are concentrations of the virus. I think that is a positive for us in New Hampshire, as we’re considered a fairly low risk state and we’re able to share public information with the agents,” said Sawtelle.

“Artists are desperate to get back out when they can do that safely, is what we’re hearing,” she continued. “In the age of streaming music, this is the primary source of income, and we want to support them in anyway possible as well as support our local downtown business partners that are reliant on us doing live in-person programming so we draw people to the downtown area for food and drinks and retail.”