The Residence at Silver Square

Dealing with less-than-desirable weather conditions is just part of the construction business in New England. Luckily, Eckman Construction is particularly adept at seeing projects through it. 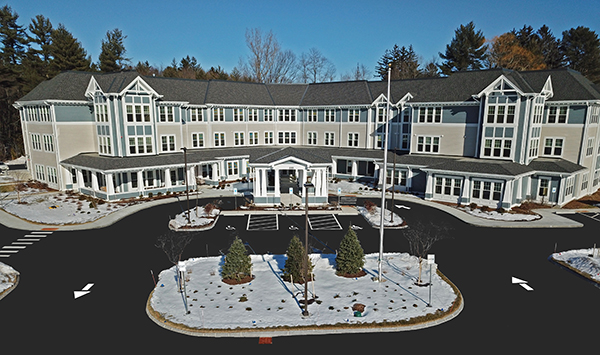 As the construction manager of the newly opened Residence at Silver Square in Dover, the 44-year-old, Bedford-based firm oversaw construction of the 68,000-square-foot, 76-unit senior living community.

Developed by LCB Senior Living of Norwood, Mass., The Residence at Silver Square is a mix of 76 studio, one-bedroom and two-bedroom senior apartments, along with a Reflections Memory Care Alzheimer’s neighborhood to provide support and care for area seniors.

“The quality of this facility is second to none,” Eckman Construction Vice President Preston Hunter says. “The finishes, the attention to detail, the architectural elements — inside and out — a tremendous amount of thought and care went into the design of this building. The architectural team did a nice job with this design.”

The three-story, upscale colonial-style building offers residents a wide range of amenities, including private dining, multiple sitting areas and lounges, a bistro, a media room, a salon, and an activity room and fitness center.

“LCB Senior Living wanted a building that would stand out, and that’s very apparent when you walk through the facility,” Eckman Project Superintendent Dan Bolduc says. “Nothing compares to this.”

Construction on the project started in late August of 2016, and was completed — ahead of schedule —this past January. The fully-wooded site was part of a larger purchase of the former McIntosh College campus. Once the plot was cleared and power lines rerouted, the process of preparing the site for the coming winter months began.

“One of the challenges of this particular site was the presence of a thick layer of clay, which had to be removed to create suitable soil conditions for the new building,” Hunter says. “We pushed to get the concrete slab on grade and paving in place, so we would have a safe work area that could be maintained when the snow came.”

The structural steel frame was erected, concrete slabs were placed and the structure was wrapped in poly-plastic and heated to maintain acceptable temperatures. 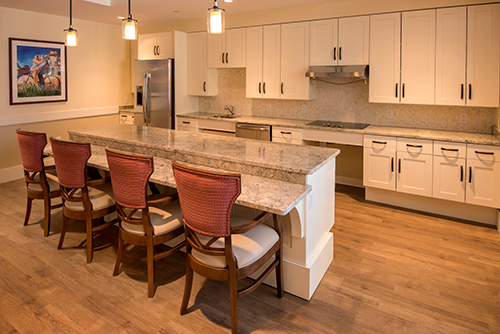 Eckman also closely monitored temperatures as fireproofing material was sprayed onto the steel frame itself, allowing it to adhere properly.

“LCB Senior Living communities really set the bar high,” Hunter says. “A lot of these communities don’t spend money on the things you can’t see, but LCB invests in structural steel frames. Those are investments you don’t see a payoff on for decades to come, and many developers try to do the same thing with wood, which is less expensive, but in the long run it’s not the same quality.”

As many as 100 workers were on-site daily throughout the building process, and dozens of subcontractors helped move the project through the winter months.

“The subcontractor list was substantial, and every single one was fantastic,” Bolduc says. “You need a great group of subcontractors to be successful.”

Bolduc cited the City of Dover as being an important partner throughout the process, as well as many New Hampshire subcontractors, including Metro Walls Inc. (framing and drywall), Aubin Woodworking, Inc. (finish carpentry), White Diamond Painting, Chestnut and Cape, Inc. (siding) and Longchamps Electric.

Matthew Connery, executive director at The Residence at Silver Square, says Eckman’s involvement made the process seamless and an unqualified success.

“Eckman was a phenomenal organization to work with,” Connery says. “I think it’s through the lack of conventionality that it was very different. In your garden variety partnership, the construction manager will do a good job and do what they say they’re going to do. But when Danny [Bolduc] embraced what the project meant to us, it was an unexpected differentiator. It was more than just a construction project for them — they articulated our vision.”

Part of that vision, Connery says, is being passionate about helping the aging population and giving them much more than they expect when coming to an assisted living community. 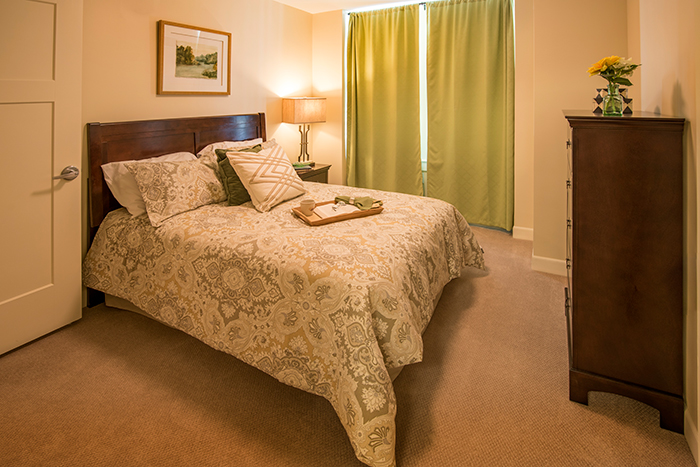 “If we don’t have a physical community to show them, it makes it harder for people to buy into what we’re doing that nobody else is,” Connery says. “It changes their perception of what an assisted living community could be.”

Eckman Construction’s expertise throughout the process allowed it to translate LCB Senior Living’s concept into a tangible example of how it’s changing such communities.

“Despite the challenges with the cold weather and winter construction, the tenting and the temporary heating and the workforce labor shortage we’ve seen throughout the state, we’re very proud of the high level of finish and we’re very proud that we were able to finish the project ahead of schedule,” Hunter says. “Already residents have moved in.”

This is the second project between Eckman Construction and LCB Senior Living. The two firms previously completed The Residence at Salem Woods in 2016.

That project was completed in January, and residents started moving in on Feb. 5. 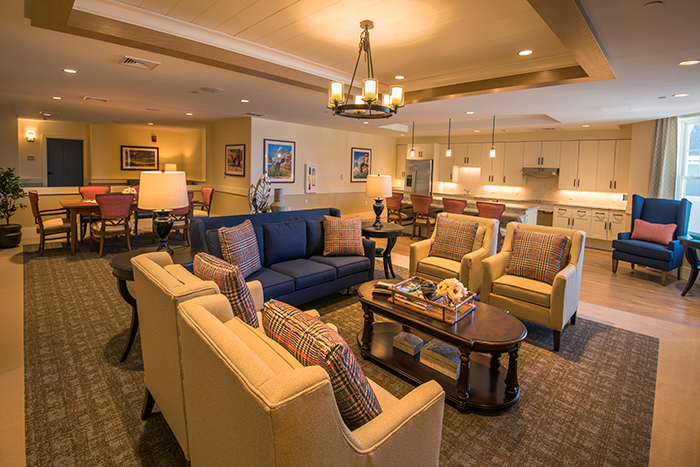 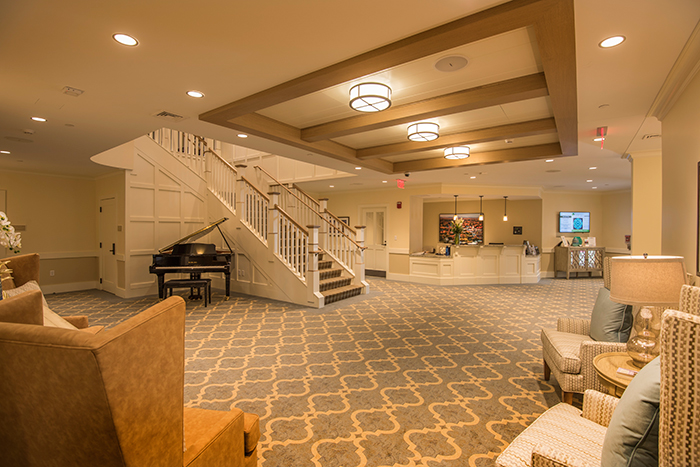 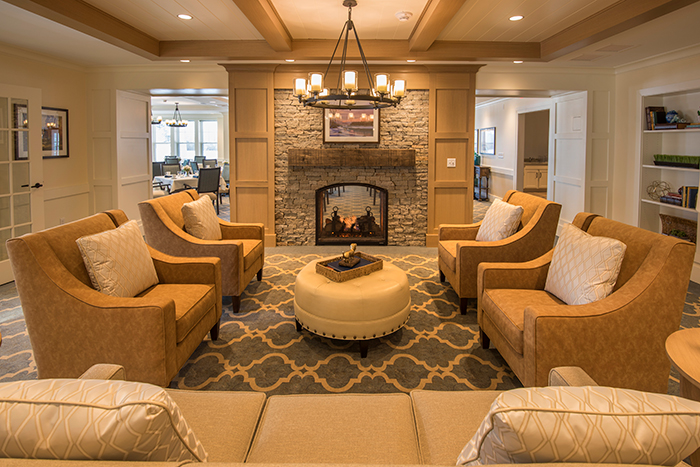