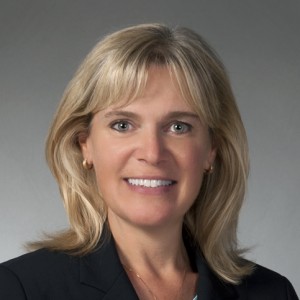 Q. A supervisor wants to terminate an employee who the supervisor has promoted twice in the last four years and given excellent performance reviews to during that same time. About four weeks ago, the employee told us that he is homosexual and introduced his new spouse to co-workers during a company Zoom gathering held to boost employee morale during Covid-19. As HR manager, should I be concerned about potential discrimination if we proceed with termination?

A. Yes. Before the company takes action, it needs to consider potential liability under both federal and New Hampshire law.

On June 15, the U.S. Supreme Court held in Bostock v. Clayton County, Georgia, that it is a violation of Title VII’s prohibition on discrimination based on “sex” to fire an individual because of that person’s sexual orientation or transgender status. The long-awaited federal decision included three consolidated cases, all of which involved the termination of an employee close in time to the employee’s disclosure of homosexual or transg ender status to the employer.

According to the court, the employers did not challenge that the adverse actions taken were because the individual was homosexual or transgender.

In Bostock, Gerald Bostock worked for over a decade as a child welfare advocate for Clayton County before he was fired for “conduct unbecoming,” shortly after he began participating in a gay recreational softball league. In Altitude Express Inc. v. Zarda, Donald Zarda worked for several seasons as a skydiving instructor before he was fired from his position after disclosing he was gay. In R.G. & G.R. Harris Funeral Homes Inc. v. EEOC, Aimee Stephens, who had presented as a male upon hire, worked as a licensed funeral director and embalmer at the funeral home before she was fired after she told her company that she planned to live and work as a woman.

In deciding that whether homosexuality or transgender status is included in the protections of federal law in those cases, the court looked to the plain text of the statute. It determined that someone’s homosexuality or transgender status is so inextricably bound up with that person’s “sex” that to make an employment decision based on these grounds requires an employer to intentionally treat the individual employees differently because of their “sex.” This is unlawful.

The court explained, for example, that if a company has two employees who are married to men and one employee is female and the other is male, if the employer fires the male employee just because he is male and retains the female employee, the employer’s action is based on “sex.”

In other words, the company would not have discharged the employee but for that employee’s sex.

Under New Hampshire’s law, “sexual orientation” means “having or being perceived as having an orientation for heterosexuality, bisexuality, or homosexuality.” “Gender identity” means “a person’s gender-related identity, appearance, or behavior, whether or not that gender-related identity, appearance, or behavior is different from that traditionally associated with the person’s physiology or assigned sex at birth.”

In this specific situation, HR needs to investigate to ensure that the supervisor’s request for termination is not based on the employee’s protected status. Seeking legal counsel may also be advisable.

Attorney Jennifer Parent, a director at McLane Middleton, chairs the firm’s Litigation Department and is a member of its Employment Law Practice Group. She can be reached at (603) 628-1360 or jennifer.parent@mclane.com.

Pay transparency continues to expand in the workplace

Cunningham on LLCs: When it’s time for a divorce