The end of self-preservation?

Health insurance industry is in the crosshairs, but appears to be silent 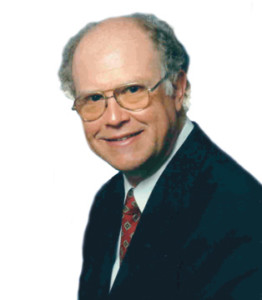 “No man’s life, liberty or property are safe while the legislature is in session.” So said Mark Twain. Interestingly, he didn’t specify if it made a difference whether Democrats or Republicans were in power, so let’s leave partisanship out of this. The point is, whether they like it or not, CEOs have to pay attention to what their governments are doing.

For instance, if I were the CEO of a health insurance company, I’d have trouble sleeping at night. There are several political candidates advocating single-payer systems and the effective elimination of my company. Traditional measures of success have no relevance in this argument. We could be at the top of our game and still get unplugged.

Self-preservation is supposed to be our most powerful instinct, but it doesn’t seem to be working here. If I were a health insurance CEO, I’d be mounting an all-out effort to maximize customer satisfaction. I’d do my very best to ensure none of my customers had any reason to vote for someone who wanted to get rid of us.

My insurance company actually does a good job, but I’m not aware of any effort to let me know just how lucky I am to have them.

But prescription drug coverage is another matter and another company. I do my best to keep their costs down because I know I’m actually keeping my costs down too. As a result, I do whatever they tell me.

I switched immediately, even though the pharmacy I had been using was more convenient. They even have a mail order division, which I’ve also been using. It’s far more convenient and significantly cheaper. I thought it was a great deal at first, until I noticed prices were increasing dramatically every time I ordered.

Thankfully, I don’t take a lot of medication, but the few I do take seem to have pricing schemes borrowed from the airlines. You know how you can price a trip, and when you go to buy the tickets, even just a few hours later, you might have to pay a lot more? Well, that seems to be what we’re talking about here.

What scares me, and I’m sure a lot of other people, is we could be paying hundreds for these pills in relatively short order (just watch the evening news and you’ll see examples).

Calls to customer service get you to someone in India or the Philippines; they’re not allowed to say where they are. They are very difficult to understand and are incapable of explaining why these prices are increasing so dramatically.

Thankfully, I can just switch to another company, which has better prices for the same medications and hope they don’t escalate again. In fact, the only defense we have in this regard is something called competition.

The quest for market share is the engine that drives competitive pricing. When prices go up and there’s an alternative, customers disappear. If you want to attract customers or even bring some back, you have to lower your prices.

A single-payer system has no competition to keep the prices down. No doubt there would be regulatory boards, but they’re not good at keeping prices down, and they almost never lower prices.

Why aren’t we seeing an ad campaign pointing this out and alerting voters to the other side of the issues? That, it seems to me, could ensure the continuation of my company and industry.

I wonder how many formerly satisfied customers have become dissatisfied, not by something their insurance company did, but by the political rhetoric?