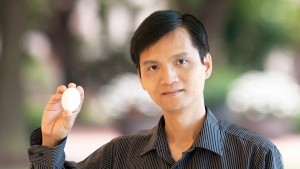 Zi Chen, a professor of engineering at Dartmouth College, has received a $400,000 grant from the National Science Foundation, in partnership with the Center for the Advancement of Science in Space (CASIS), to lead a three-year research project on the International Space Station. Chen’s proposal was one of three selected from institutions across the country as part of the NSF/CASIS solicitation to further knowledge of tissue engineering and mechanobiology. With the funding for his project, “ISS: Unveiling the Mechanical Roles of Gravity and Buoyancy in Embryonic Brain and Heart Torsion,” he aims to identify the biomechanical mechanisms that drive the shape changes in early embryonic brain and heart development.

Dartmouth College is creating a $15.5 million academic center honoring former President James Wright and his wife, Susan DeBevoise Wright, that will focus on the use of computers to better understand and advance democratic societies and the rule of law. The Susan and James Wright Center for the Study of Computation and Just Communitieswill use computer simulations, complex statistical analysis and artificial intelligence, among other technology, to research free speech and digital misinformation, surveillance and safety, and other issues related to democratic values and human rights, according to an announcement about the center on Dartmouth’s website.

Red River is partnering with Cisco – which recently named the company it Public Sector Social Impact Partner of the Year – in the development and launch of Managed SD-WAN. The social impact award recognizes Red River’s philanthropic efforts.