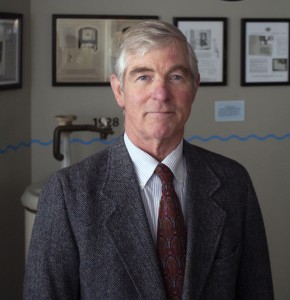 Filtrine Manufacturing Company, Keene, has announced that at its president, Peter D. Hansel, will be retiring in April after more than 46 years with the company. His brother, Turner Hansel, will take over as the sixth president in the company’s 119-year history. He has been with the company since 1997 and will continue to serve as the manager of its Process Water Division, splitting time between his office in North Yarmouth, Maine, and Filtrine headquarters in Keene, the company said. The family-owned company also said that George Hansel will become vice president and manager of innovation/engineering and Peter Hansel will remain on Filtrine’s board as chairman.

BAE Systems Inc. has agreed to acquire the Collins Aerospace’s military GPS business and Raytheon’s Airborne Tactical Radios business. Both units are being sold in connection with the pending merger of Raytheon and United Technologies Corp. The acquisitions help the two firms meet the anti-trust requirements of federal regulators. Both will become part of the BAE’s Electronic Systems sector

Kendra Bassi at CommonPlaces Interactive, Manchester, will discuss how firms can define customer success and why it’s critical for businesses as the next guest speaker at the Feb. 12 NH Tech Alliance TechWomen Power Breakfast. Bassi, director of customer success at CommonPlaces, will offer tips and technology that can be used to improve customers’ experiences. The breakfast will be held from 7:30 to 9 a.m. at the Manchester Country Club in Bedford. Tickets are $10 for NH Tech Alliance members and $20 for non-members. They can be purchased by visiting techalliance.org or calling 603-935- 8951.
The Crimes against Children Research Center at the University of New Hampshire has been awarded a four-year grant from the National Institute of Justice to track trends in the incidence of crimes, offenders and victims in cases involving technology-facilitated child sexual exploitation. It is the fourth in a series of studies conducted by the CCRC since 2000. The new research is aimed at helping the criminal justice system track dynamics that are not always apparent or picked up on by other criminal justice data collection systems.

St. Mary’s Bank recently donated $5,000 to McLaughlin Middle School in Manchester for the purchase of 25 Chromebooks. Over 500 students will have access to the Chromebooks throughout the year, the credit union said.