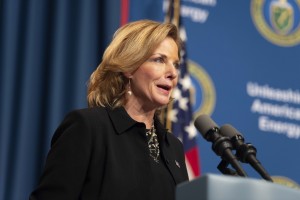 Lisa Gordon-Hagerty, who from 2018 to 2020 was administrator of the National Nuclear Security Administration and undersecretary for nuclear security in the U.S. Department of Energy, has joined the board of Stratham-based Visible Assets, a provider of security and sensor networks.

Democratic U.S. Rep. Annie Kuster of New Hampshire has joined with 33 other members of the U.S. House and Senate in introducing the Accessible, Affordable Internet for All Act, which authorizes over $94 billion to ensure unserved and under-served communities have affordable high-speed internet access. She said that “it has never been more important” to have a reliable high-speed internet connection. The bill’s chief sponsors are House Majority Whip Jim Clyburn of South Carolina and Sen. Amy Klobuchar of Minnesota.

The newly launched Manchester Area App provides listings of local events and activities in the Queen City, with the goal of encouraging support of local businesses, according to Brian Smith of Techsmith Solutions, developer of the app. Event listings can include photos and a detailed text description. The app enables users to set a reminder for an event on their mobile device calendar, and businesses can advertise in connection with event links. The Manchester Area App is available for iOS and Android devices.

Lebanon-based Integrity Industrial Inkjet Integration Inc. has announced a partnership with Suss MicroTec, a German supplier of equipment for the semiconductor industry. Under the partnership, Integrity Industrial will distribute of Suss MicroTec’s PiXDRO LP50, a desktop R&D inkjet printer for a variety of printing applications. The PiXDRO LP50 is designed for a range of applications, including as semiconductor packaging, printed circuit boards, graphics, textiles, printed electronics, photovoltaics and in displays, the company said.

TorchCo, a sports media company based in Boston has announced it will acquire daily sports newsletter startup Morning Blitz as part of a company rebrand. TorchCo, formerly known as Kompany39, will launch a website about high-profile sports figures called TorchPro.com, which will allow fans to engage with athletes and access exclusive content. TorchCo is backed by $1.5 million from Manchester-based York Creative Collective and York IE as well as angel investors.