Tech Tidbits from Around New Hampshire 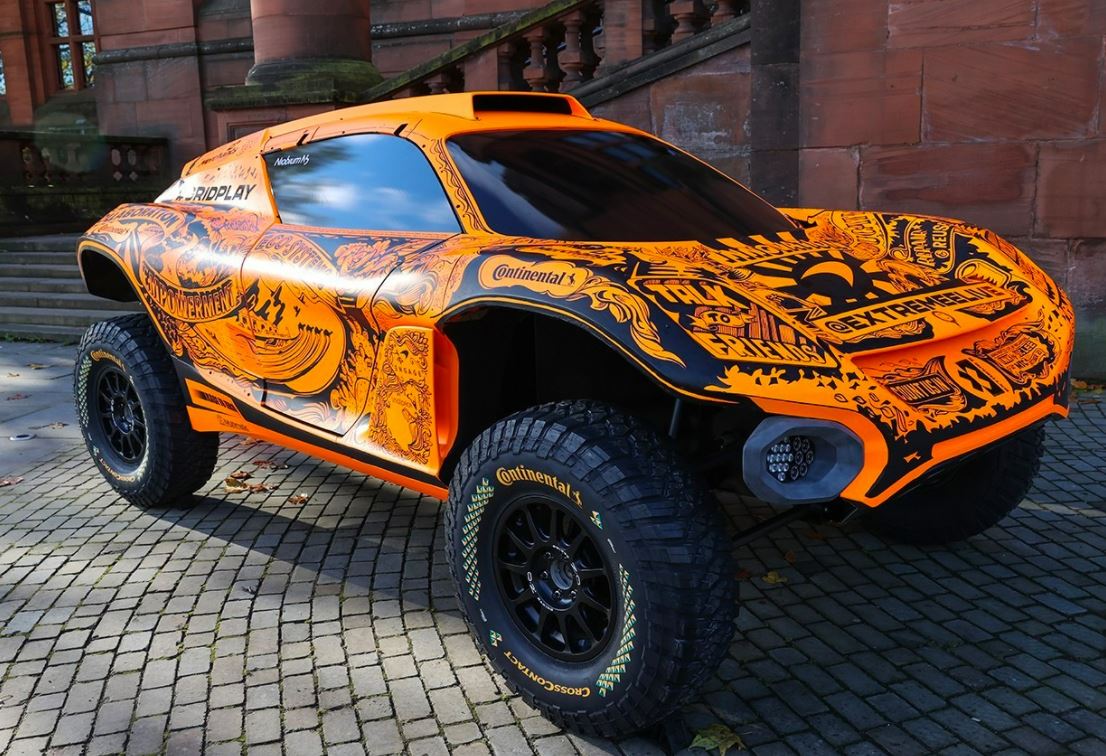 Merchants Fleet, the Hooksett-based national fleet management company, will partner with the McLaren Extreme E team for the Extreme E series, an all-electric, off-road international racing event that provides the world’s first gender-equal motorsport platform. The series is focused on highlighting the impact of climate change in some of the most remote environments around the globe. Merchants said the sponsorship continues to drive awareness of electric vehicle adoption as a path to corporate sustainability.

The Fliptable restaurant staffing app, developed in Vermont and in use in that state and New Hampshire, has been launched in Massachusetts, offering a free, contactless, digital hiring platform for Bay State restaurant owners and job-seekers. Fliptable finds and connects job-seekers with relevant, open positions at restaurants within their desired area, while restaurant owners and hiring managers are matched with the best candidates for the job. The AI-based app is available to both iPhone and Android users.

XMReality, Portsmouth, has launched a new app for Microsoft Teams that it says simplifies the transition from Microsoft Teams chats and meetings to a XMReality Remote Guidance call. The company said that, because many of its customers – including Nestlé, Heineken, ABB and Electrolux –have established ways of working inside Microsoft Teams, the integration is a step toward being part of their existing workflows, increasing the ease-of-use and reducing the friction of starting a remote guidance call. XMReality said it has also joined the Microsoft Partner Network as an independent software vendor.

MarketReach Inc., Nashua, a provider of strategic marketing services for B2B technology companies, has announced that it once again will be serving as a drop-off point for the U.S. Marine Corps Toys for Tots program for the 2021 Christmas holiday season. MarketReach is located in the Birch Pond Office Park on Amherst St. in Nashua, right next to Bertucci’s Italian Restaurant. The public is encouraged to drop off new unwrapped toys between the 8 a.m. and 5 p.m. Monday–Friday. Toys can also be shipped to: MarketReach, Attn: Eryn Mahoney, 410 Amherst St., Ste. 110, Nashua 03063. The toy drive runs until Dec. 10.

Now in its sixth year, the NH Tech Alliance TechWomen|TechGirls Annual Awards, recognizing the accomplishments of women who are making a significant impact in STEM education or professional STEM advancements for women throughout New Hampshire have been presented. Named Tech Professional of the Year was Melissa Jurkoic, chief customer experience officer at Addapptation and co-founder of Diversify Thinking. Named Tech Educator of the Year was Kimberly Eckenrode, Career and Technical Education Pathways director at Nashua Community College. Named Tech Student of the Year was Isha Mistry, a graduate of Salem High School and currently a student at Rochester Institute of Technology who was a part of her high school’s FIRST robotics team for three years and a member of Girls Who Code for four years.

UScellular has launched the After School Access Project, a program that provides free mobile hotspots and service to nonprofits that support youth after the school day has ended. The initiative is an expansion of previous hotspot donations the company provided to address connectivity needs during the pandemic. Nonprofit organizations can apply by clicking here. Hotspot devices will be shipped to nonprofit organizations within 6 to 8 weeks of an approved, completed application.