But he warns of workforce, possible inflation could be constraints 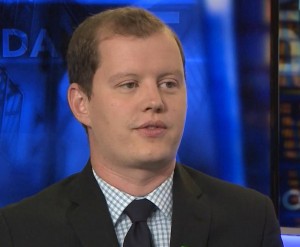 New England’s economic outlook for 2021 looks promising as businesses reopen, but there are some outlying factors that could shape the economy moving forward, according to TD Bank’s senior economist, James Marple.

One question is how many and how quickly workers will return to the labor force.

In a virtual presentation, Marple speculated that the $300-a-week enhancement in unemployment checks has been holding back people from re-entering the workforce, although there may be other reasons, including hesitation to accept jobs that still place them at higher risk of contracting Covid-19 and concerns over whether the wages being offered are worth the risk.

Marple also said that other federal responses to the pandemic – such as the Paycheck Protection Program and other businesses assistance efforts – seem to have lessened the blow of the Covid-19 pandemic, saving jobs and the ecosystem around local and state government spending.

Nevertheless, of the 8.2 million U.S. jobs lost during the pandemic in March, 50% were in leisure in hospitality or local government. Without federal assistance, the impact could have been more devastating and long-lasting, he said.

He compared the effect of the assistance to the federal response in the Great Recession.

“If you look back at what happened in 2008, state and local governments continued to shed workers and continued to cut spending four years after the recession ended,” said Marple. This go-round, he added, “state budgets look a lot better than we thought a year ago, and you have an additional $350 billion on top of that.”

Marple also pointed to the size of the federal spending and its impact on the federal debt. While it now stands at its highest dollar amount ever, the debt is not a dire situation, at least not yet he said. Impacts could be felt if interest rates rise even 1%, which would increase debt-servicing costs.

“If we are to see inflation risk start to be priced into the bond market that’s where you get into issues around debt sustainability,” said Marple.

He said “we are seeing the outcome of these unprecedented supports have led to rising prices, which in addition the supply constraints, has led to faster inflation.”

But economists are debating how transitory the inflation could be. TD Bank estimates inflation will be above the 2% target set by the Federal Reserve, but as demand normalizes and shifts more to services than goods, inflation should start to slow, although inflation is “something that poses the biggest risk to the outlook going forward,” Marple said.

In regard to goods, there is concern as to whether there is enough supply to meet growing demand from businesses and consumers.

The supply shortage could become more pronounced in manufacturing as demand picks up. The shutdown of lumber mills in the pandemic led to a substantial rise in lumber prices and is limiting building opportunities for aspiring homeowners or second-home owners. He also said red-hot housing market could cool down, as lack of housing inventory prices more buyers out of the market.

However, the staying power of working remotely could be a lasting boon for northern New England states, which still provides the most affordable housing market and cost of living in the region, noted Marple.