CEO points to inflationary pressures on customers and the company 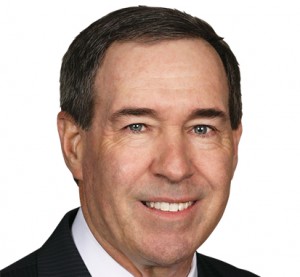 Without extra money in their pocket due to inflation, people aren’t running out to buy guns as frequently much as they did last year, Sturm, Ruger & Company officials said in explaining the company’s downturn in revenue and profits.

But sales of its legacy firearms are still doing well, keeping workers at its Newport facility busy, although much of company expansion continues to be down in North Carolina.

Sturm Ruger reported quarterly net sales of $139.4 percent, a 22 percent falloff, resulting in net income of $19.9 million, or $1.03 a diluted share, just a little over half of the amount it reported in the third quarter of 2021.

Record sales in 2020 and 2021 were partly attributed to turmoil surrounding the presidential election and its aftermath. The runup to the midterms was comparatively tame, but Ruger officials instead focused on economic reasons for the current downturn.

Added to lower demand are the rising cost of raw materials. The price of stainless steel is up 7 to 8 percent from last year, carbon and alloy steel is up 15 percent and aluminum is up 21 percent, and the price of diesel drives up prices even more, said Killoy in a Nov. 3 conference call.

“It’s not just the pricing, it’s also the supply chain issues of getting certain steels, but I think it looks like, at least for now, diesel may have stabilized,” he said call.

He said the company so far has resisted raising prices, though average price went up because of a mix of newer products. Price hikes usually come in the holiday season and the company is looking at that this year, Killoy said.

And the company isn’t laying off employees. Headcount at facilities in three states remains between 1,800 and 1,900 for Newport as well as in North Carolina and Arizona.

“We’re still certain of our factories, we’re trying to hire a little more aggressively than others, particularly up in New Hampshire in our Newport facility where we make a lot of our legacy product lines, all of our revolvers, our 10/22s and some of our bolt-action rifles,” said Killoy.

But the company’s major investment has been in North Carolina, where it has spent $8.3 million to purchase a second 225,000-square-foot facility it had been leasing.