With interest rates rising, homes remain on market longer – but median price is still up

The market for single-family homes in New Hampshire is finally slowing down.

For the first time in the last 12 months homes lingered on the market longer than they did last year. But the sale of condos, perhaps the only affordable alternative for some, continues to be brisk, as monthly home payments to climb out of reach of many.

It took an average of 23 days to sell a single-family home in September, 9.5 percent more days than last year, according to Multiple Listing Service statistics released last week by the NH Association of Realtors.

Condo sales picked up the pace a bit, however. They sold in 17 days on average, 22 percent faster than 2021. 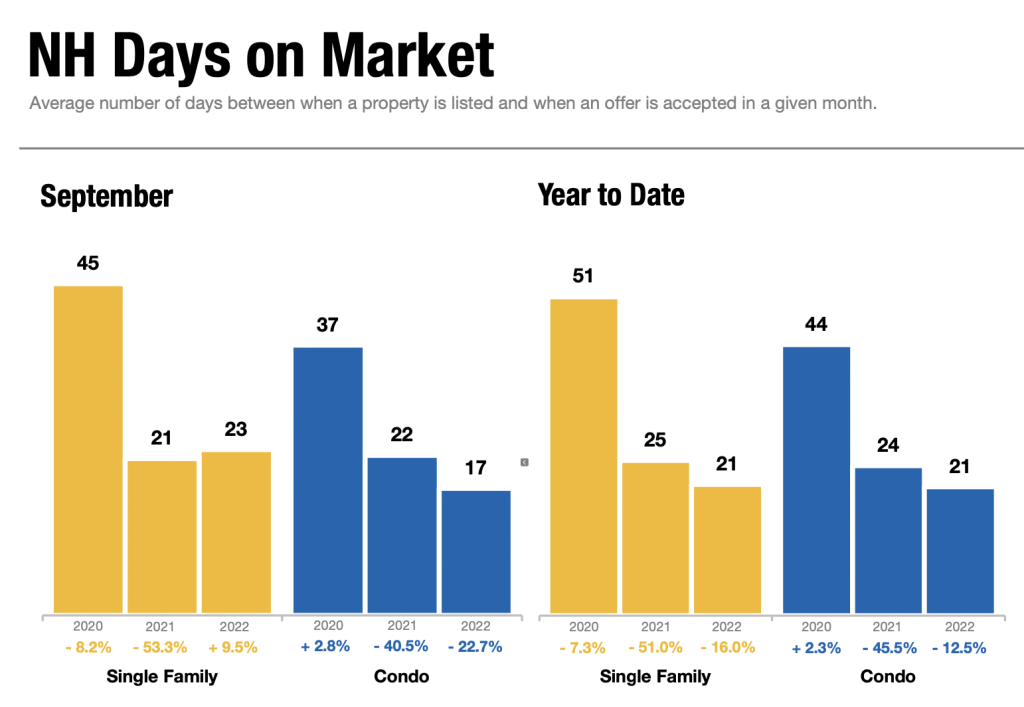 The number of closings is down as well, and they’ve been going down for the last 12 months. In September, pending sales fell 21 percent year over year for homes and 13.1 percent for condos.

At the beginning of the year, sales were down due to the lack of inventory, but that’s only partly true now. Exactly 18 percent fewer homes came onto the market compared to September 2021 and the total number of homes listed in September is still down compared the same month last year: 4.7 percent.

Home prices went up the most in Belknap County, by 27 percent, to a median price of $445,000, and 26 percent in Carroll County to a median price of $465,000. Belknap County saw a 1 percent increase in closings but they decreased in Carroll by nearly 23 percent, the sharpest decline followed by Hillsborough County, where closings fell 20.4 percent.