Should there be limits on facial recognition technology in New Hampshire? 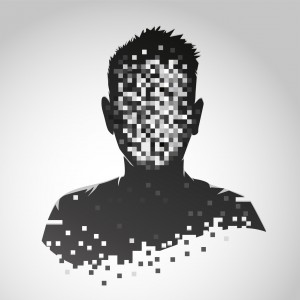 It sounds like the plot of some futuristic sci-fi thriller: The government keeps a database of images of citizens’ faces, and that database can be used for surveillance of individuals. For better or worse, this is no longer science fiction. The same technology that allows you to open your phone simply by looking at it can be used by governments to track people as they go about their lives in public.

There’s a New Hampshire bill up for debate this year — House Bill 499 — to set limits on how this kind of technology can be used in the Granite State.

What’s in the bill?

In some ways, you might say HB 499 actually represents two different proposals. There’s the bill as it was introduced, and then there’s a new version rewritten by the House Executive Departments and Administration Committee. The full House of Representatives will have the power to pass either version when they meet in April, so we’ll explain both versions here in this article.

HB 499 as it was introduced says, “No officer or employee of a state agency shall use facial recognition technology to engage in ongoing surveillance of an individual or group of individuals in a public space, unless …” Yes, there’s an “unless.” If this original version of the bill is passed, there would be certain circumstances under which the state could engage in ongoing surveillance using facial recognition.

The law would make any information derived from the illegal use of facial recognition technology inadmissible in court.

Lastly, the Division of Motor Vehicles would not be permitted to allow access to its photo database for use by facial recognition technology, and no other department would be allowed to create or maintain a searchable database of face images.

The bill as rewritten

The House Executive Departments and Administration committee is recommending the full House pass the new, amended version of the bill.

The new version of HB 499 says that law enforcement could only use facial recognition if they got a search warrant supported by probable cause. In other words, the rewrite of HB 499 is a lot stricter than the original bill, and it means police would always need sufficient evidence to justify the use of facial recognition.

Proponents of the amended version say the proposal will protect citizens’ privacy while still allowing officers to use this technology when there is other evidence to support it.

However, some law enforcement officers oppose the amended bill because they argue it will tie their hands. The original version of HB 499 would put some guardrails on the use of facial recognition in public spaces, but it would give law enforcement more leeway to take advantage of the tools at their disposal.

Could the technology be abused?

Others simply feel this kind of technology shouldn’t be used by law enforcement at all. After all, when it comes to personal information, it doesn’t get much more personal than your face. The technology is also far from perfect. Often, this software is better at identifying white men than women and people of color. This could lead to people being wrongly accused of crimes.

The Governor’s Commission on Law Enforcement Accountability, Community and Transparency did not address facial recognition technology in its final recommendations.