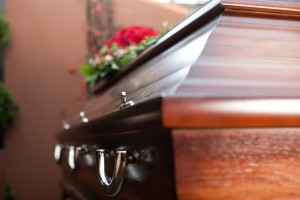 For millennia, humans have used different methods to preserve the deceased, from Egyptian mummification to modern embalming. While embalming is common in the United States, there is growing interest in “green burials” and other alternative body dispositions that reject embalming. This session, the NH Legislature considered whether to repeal a law on the books that requires embalming in some circumstances. But that attempt to do away with the law has apparently failed after a Senate committee this week proposed an amendment to preserve the statute and replacing it with new compromise language that would give families new options. But it’s likely not the last word in the debate.

Embalming uses chemicals to slow down the process of decomposition, even more than refrigeration. After a loved one dies, embalming is often used to preserve a body for an open casket visitation or funeral.

While embalming is common in the United States, it is not so common in other countries. Religions, including Judaism and Islam, consider embalming a desecration of the body and forbid it.

Some environmentalists also object to embalming because of the use of chemicals, particularly formaldehyde. “Green burials” generally reject end-of-life practices that can harm the environment, such as burning fossil fuels for cremation or using a vault with nonbiodegradable material.

New Hampshire high school senior Anya Nicoll learned about green burials as part of a class assignment on sustainability. Now she is working towards her Girl Scout Gold Award by advocating for the right to a green burial in New Hampshire.

When she started researching New Hampshire laws related to green burials, she received conflicting answers from town officials and funeral directors about what is allowed in state law.

“Each town had different levels of available information, many didn’t even know what their requirements were, and some just referred me back to the state statutes, making the whole experience quite like I was going in circles,” Nicoll said at a recent public hearing.

Nicoll contacted Rep. Jerry Knirk, D-Freedom, who filed HB 1320, to repeal New Hampshire’s one state law that requires embalming, RSA 325:40-a. That law says, “No dead human body shall be exposed to the public for a period in excess of 24 hours unless said body is properly embalmed.”

Supporters of HB 1320 argue that repealing RSA 325:40-a would make it clear that Granite Staters do not have to consent to embalming after a loved one dies, whether they have religious or environmental or other concerns. Funeral homes and cemeteries could still set their own policies related to embalming, but they would no longer be able to claim that state law requires it.

Opponents of HB 1320 express concern that repealing this law will lead family members to make misguided decisions about embalming a loved one after death.

Eric Rochette, a current member of the NH State Board of Funeral Directors and Embalmers, submitted written testimony opposing HB 1320. He wrote, “The human body undergoes not only physical changes but chemical changes as well once it has stopped functioning. These include, but are not limited to, discoloration and gas buildup. If any of the members of this committee has ever had the unfortunate chance to see a deceased person that has been gone longer than 24 hours, unembalmed, then you would understand the reasons necessary to embalm for public or even private viewing.”

Supporters of HB 1320 countered that refrigeration is enough to slow down decomposition.

Supporters and opponents of HB 1320 also disagreed on whether embalming protects public health. According to the World Health Organization, “Human remains only pose a substantial risk to health in a few special cases, such as deaths from cholera or hemorrhagic fevers.” In other words, while decomposition of a human body may be upsetting, it is not necessarily dangerous to people nearby. In fact, if someone dies of a disease like HIV or tuberculosis, it may actually be safer for funeral workers to leave the body intact rather than go through the embalming process.

However, some funeral directors expressed concern about the potential health risk of a family member embracing or even kissing an unembalmed body during a viewing. They say embalming essentially “disinfects” the body.

Repealing RSA 325:40-a would not remove all barriers to green burial in New Hampshire. For example, most local cemeteries still require vaults. However, the debate over HB 1320 could open the door to more green burials in the Granite State.

Citizens Count is a nonprofit serving the New Hampshire community by providing objective information about issues, elected officials, bills, elections, and candidates. This article is being shared by partners in The Granite State News Collaborative. For more information, visit collaborativenh.org.