Should NH close the ‘LLC loophole’?

House hearing to weigh measure to rein in campaign donations 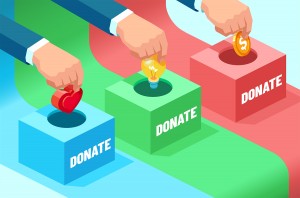 Under current state law, each limited liability company can make a campaign donation under the same limits as an individual. This follows the U.S. Supreme Court ruling that businesses have the same free speech rights as individuals when it comes to political donations.

However, in some cases it appears that individuals are using LLCs to make multiple maximum donations. House Bill 105 would close this so-called “LLC loophole.” The bill has a public hearing Friday, Feb. 5.

Under current law, since LLCs can make campaign donations like individuals, a person who is a member of an LLC can donate on behalf of the LLC while also making an individual donation on his or her own. Campaign finance reform advocates argue individuals are essentially multiplying their maximum donation and bypassing campaign donation limits by routing their money through LLCs.

One notable example of this “LLC loophole” dates back to 2012. The Associated Press reported that gubernatorial candidate Kevin Smith received roughly $100,000 in donations from dozens of Dunkin’ Donuts franchises registered under the same address. The donation limit for an individual is just a few thousand for each election cycle.

In 2020, NH Public Radio identified donations to both Gov. Chris Sununu and his challenger Sen. Dan Feltes that fall under this “LLC loophole.” (As noted by NHPR, Sen. Feltes later returned LLC donations. He also was a prime sponsor of past legislation to close the “LLC loophole.”)

In other words, a person who is a member of multiple LLCs would be blocked from making the maximum donation through each LLC.

Supporters argue that campaign contribution limits are meaningless if a person can just funnel multiple donations through LLCs.

Opponents argue HB 105 would harm the privacy of members of LLCs and give the state a reputation as anti-business.

In his veto message for SB 156, Gov. Sununu wrote, “The bill would discourage the formation or maintenance of an LLC in New Hampshire because it would force the LLC to choose between maintaining the confidentiality of its members and their percentage of ownership and exercising the LLC’s right to make political speech.”

Limiting donations through LLCs also does nothing to curb political spending by businesses outside campaign donations. So long as a business does not coordinate with a candidate’s campaign, it can spend as much as they want advertising for or against a candidate. The challenge of regulating money in politics is much larger than the “LLC loophole.”

Citizens Countis a nonprofit serving the New Hampshire community by providing objective information about issues, elected officials, bills, elections, and candidates. This article is being shared by partners in The Granite State News Collaborative. For more information visit collaborativenh.org.