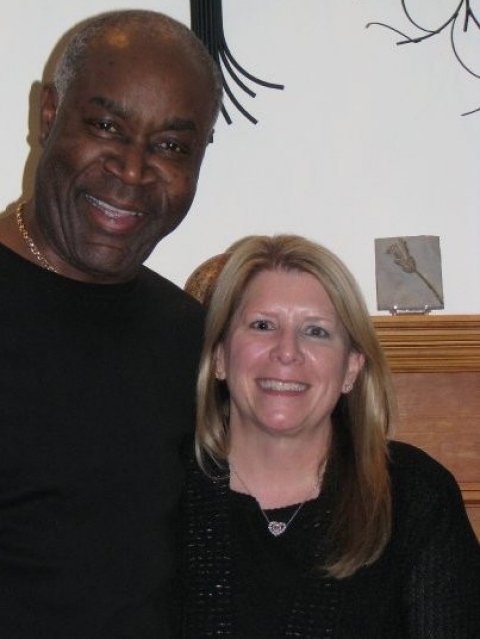 Gayle and Dwight Davis both learned firsthand while caring for their respective parents the challenges of caring for someone who is aging. After those difficult experiences, they looked at several business opportunities to open an in-home care company. They decided on the Senior Helpers franchise.

The national Senior Helpers franchise was founded in 2002 and today has a network of over 300 offices in the United States, providing franchisees with the foundation to provide care to seniors in their own home.

Services range from special care for those with dementia, Parkinson’s and other debilitating conditions to personal and companion care for those looking for a little assistance with daily activities. Senior Helpers offers tailored home services to help those in need maintain their independence.

The Davises started their franchise in Stratham in 2014, serving two counties, and in 2017, with
the help of a U.S. Small Business Administration loan from Celtic Bank, they were able to grow their franchise into four counties. They now serve Strafford, Merrimack, Rockingham and Hillsborough counties.

“With an aging population in New Hampshire, caring for elderly family members is top of mind for lots of employees these days. It is great to see our lenders supporting the growth of businesses like Senior Helpers that offer peace of mind services to families and rewarding long-term careers to their employees,” said Greta Johansson,
the SBA’s New Hampshire district director.

As with so many other New Hampshire businesses, workforce development and labor shortages present a challenge for the Davises. That’s why, in addition to their own onboarding efforts, they worked closely with the Community College System of New Hampshire to launch the first Home Health Aid Apprenticeship Program in New Hampshire in 2018.

“The individuals who complete their apprenticeships with Senior Helpers have earned a steady income while being given the opportunity to develop a new skill set,” said Emily Zeien, grant manager for Apprenticeship NH, adding that apprenticeship “provides businesses the opportunity to grow their own talent and gives job-seekers the chance to pursue alternative career tracks that may not have been available to them otherwise.”

To further expand their business, the Davises recently began talking with a local employer about offering Senior Helpers services as a new employee benefit. The result is a pilot program that they hope will be a trend for other businesses to support their employees with this growing need.

To Dwight Davis, the rewards of this journey are threefold: “We get paid once when the invoice is paid, once when the client thanks us for the services we are providing, and a third time when a family member thanks us for making a difference in their loved one’s life.”

Added Gayle Davis: “We have not regretted our decision to open Senior Helpers for a minute. It is a wonderful feeling to know at the end of day you’ve made a difference in someone’s life.”