SBA still hacking away at backlog of EIDL applications

3,300 New Hampshire businesses have received grants through federal assistance program, but second round of funding hasn’t been tapped yet 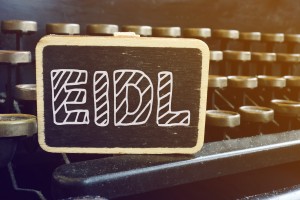 As of Friday, some 3,318 New Hampshire businesses have received $46.7 million in grants averaging $3,500, according to an update recently posted on SBA’s website.

That represents 9.3% of the state’s businesses, a total that includes self-employed individuals who were eligible for the funding.

But that primarily represents the SBA’s EIDL application backlog. The program remains idle to new applicants except for farmers, despite Congress allocating another $60 billion on top of the $17 billion already allocated.

The money was included in both rounds of the federal CARES Act to help small businesses (with fewer than 500 employees), along with the much larger and widely publicized Paycheck Protection Program, weather the coronavirus pandemic.

The EIDL program, directly administered nationally by the SBA, involved much less money than the $679 billion PPP allocation, but with fewer strings. There were no requirements, for instance, to spend it on payroll. Instead, the EIDL is supposed to be a quick fix for businesses that desperately need cash – cash that by law was supposed to be dispersed in three days.

As of April 24, SBA has disbursed nearly $8 billion in loans and $4.8 billion in grants, falling $4 billion short of the original EIDL allocation.

On that day, President Trump signed into law a second round of funding – totaling $50 billion – for EIDL loans and $10 billion more in EIDL grants. Despite this, the SBA did not begin accepting new applicants because it first had to work though the requests of those who applied in the first round, although the agency allowed farmers to apply, since they weren’t allowed to in the first round.

The SBA hasn’t updated its loan data, but on Monday it revealed that it has spent $10 billion in grants through May 8. meaning that at least $5 billion of that second round of grants has yet to make it to the businesses they were supposed to help.

As the agency became overwhelmed with applications, it tied the amount of the grant to $1,000 for each employee a business has. As a result, the average size of the loan began to shrink. In New Hampshire, for instance, grants initially averaged nearly $4,400. They currently average $3,505, a little more than the national average of $3,284.