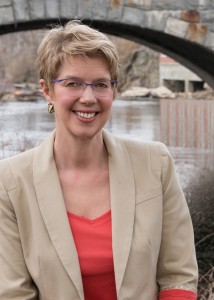 “I’ve probably learned more from my clients than I imagined,” said John Woodard. “Each experience has been a formative experience.”

A retired attorney, Woodard – who has been engaged in the nonprofit world both as a board member and volunteer consultant for 40 years – is among some 30 retired professionals and executives serving as volunteers in the ranks of the Empower Success Corps-Northern New England, who provide consulting services to nonprofit organizations across New Hampshire, Vermont and Maine. “I am very committed to my work with ESC,” he said.

As Susan Geier recently reported in NH Business Review, a survey by the New Hampshire Center for Nonprofits found that 85% of these organizations are suffering financial hardships and two-thirds have suspended or reduced services.

Lynn Post, director of ESC-NNE, echoed Geiger, saying that the Covid-19 outbreak has forced “major disruptions” on most nonprofits as pressure on their financial resources have mounted while demand for their services has grown.

She said that “we have assembled a team of seven financial consultants and reached out to nonprofits on a pro bono basis to explain the resources and options available to them from the federal stimulus packages.”

Post anticipated that as the crisis eases and the economy recovers, nonprofits will begin taking stock and considering measures to restore impaired finances as well as tailor operations to changed circumstances. At the same time, she said, some organizations have taken the crisis as “a good time to take a deep breath, reassess and reset” by developing strategic plans, sharpening governance practices and strengthening financial management as well as launch new projects.

ESC-NNE has a stable of about 30 volunteer consultants and is also able to draw from the pool of more than 150 others working in Massachusetts and Rhode Island, among them Woodard, who is moving to New Hampshire. 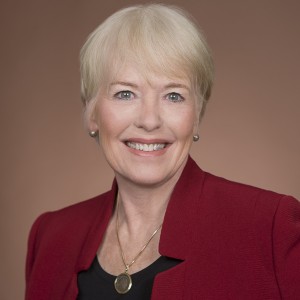 ’You get really great people who do the hands-on work and follow a set of guiding principles,’ says Nancy Euchner, who has sough ESC’s help with her Seacoast Village project.

Post explained that volunteers, drawn from both the corporate and nonprofit sectors, bring impressive resumes and considerable experience to their role. They undergo an orientation and training program to become familiar with the structure, operations and governance of nonprofits as well as the best practices of acting as a consultant.

“I call it tag-team wrestling,” said Denise Boyd, a newcomer to consulting after 25 years in corporate marketing and communications. She said she prized “the opportunity to work with veterans and the camaraderie that comes with teamwork.”

Woodard stressed the importance of sound governance, particularly ensuring that the respective roles and responsibilities of the board and management are clearly delineated and respected.

“Board members must understand the boundaries and avoid micromanaging,” he said, “and they must be guided by the mission of the organization rather than their personal agendas.”

“It’s a wonderful opportunity to share knowledge and expertise,” said Rebecca Hutchinson, whose 40 years of shuttling between the for-profit and nonprofit sectors include 20 years in community health care, much of it working with senior citizens. “What I can offer,” she said, “is organizational experience and skill.”

Like Woodard, she highlighted the importance of recruiting and developing a talented board with a wide range of skills and close ties to the community. “That is where ESC can help,” she said.

“The nonprofit world is never easy. It’s a tough business,” said Claire Larrabee, who joined ESC after a career in marketing with high-tech firms like Adobe and Digital. “Organizations spend a great amount of time looking for money.”

She noted that among nonprofits, “passion for the mission often outweighs business acumen. Just doing good work may not be sufficient,” she continued. “Good business sense along with outreach and marketing very important.”

Help for a library

Currently, teams are working with four different organizations, including one in the midst of launching a new project.

Mindy Atwood is director of the Abbott Library in Sunapee, which five years ago moved into a new 7,200-square-foot building after raising nearly two-thirds of the $2.7 million cost of the project from donations. She said that pursuing the building project, adapting to a new home and managing rapid growth consumed the attention and energy of the board, which has since undergone a complete turnover in membership.

Atwood said that the board contracted with ESC-NNE and convened a study committee to develop a strategic plan for the library. “ We want to set the principles and direction we will hold to,” she said, stressing the role of the library as “a gatherer, curator and broker of information for use by other people.”

The Kurn Hattin Homes for Children in Westminster, Vt., founded in 1894, is a residential and educational facility for as many as 100 children aged 5 to 15 from troubled homes and backgrounds, all of whom participate in community service projects. The annual operating budget tops $5.5 million and charitable donations account for 95 cents of every dollar. 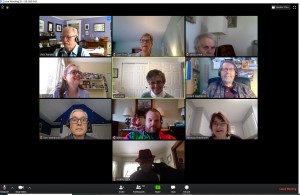 Members of NH Peace Action, shown here in a Zoom meeting, have turned to Empower Success Corps for help with a strategic plan to build membership and strengthen the organization’s presence.

“We have no significant revenue from either state or federal governments,” said Executive Director Steve Harrison, “and take some pride in that.” .

Harrison said he has worked with ESC-NNE in the past and is in the process of preparing a vision for the “next five, 15 or 20 years” as the prelude to engaging an architect and contractor to develop a master plan for the 280-acre campus and mounting a capital campaign to fund the project.

He said that ESC-NNE will be engaged in both the planning and fundraising aspects of the undertaking. “They are very professional consultants,” he said, “easy to work with and good people with good ideas.”

A retired nurse, Nancy Euchner has served the elderly in a variety of settings for some 45 years and now is introducing a model new to New Hampshire designed to enable senior citizens to remain in their own homes as they age.

Fashioned after Beacon Hill Village in Boston, which was founded in 2002, Seacoast Village is conceived as an organization of volunteers who together provide a network providing a diverse range of services to elderly homeowners and renters within a defined area.

“It is a virtual or open village,” Euchner said, describing a model that has been replicated or planned in 150 communities around the world.

Euchner, who said she had worked with ESC-NNE in the past, renewed the partnership when she decided to pursue the Seacoast Village project.

“You get really great people who do the hands-on work,” she said, “and follow a set of guiding principles.”

She said that Woodward was addressing governance issues, including recruitment of board members, while Boyd was designing messaging and fundraising strategies as well as enlisting volunteers. She said when she tells prospective donors that she is working with ESC-NNE, she receives a positive response. “They are very well thought of,” Euchner said.

After serving with the National Guard in Iraq, Will Hopkins, has been executive director of NH Peace Action for the past 10 years. He said that the peace movement has fallen on hard times, especially in rural areas.

“I am one of a handful of paid staff remaining in rural America,” he said, “Peace Action is an aging organization, and chapters like ours are becoming rarer and rarer as membership decreases or retirees out-of-state.”

Hopkins turned to ESC-NNE to prepare a strategic plan to build the membership and strengthen the presence of the organization, which provides both public education and political advocacy around the issues of foreign policy and military spending.

“We birddog candidates, especially presidential candidates, and question them to keep these issues at the forefront of the national agenda,” he said.

“We got a grant to fund the planning process and shopped around before settling on ESC-NNE. Hopkins said that Hutchinson and Post “have been working with us and they’ve been great. They are a really good outfit.”

While consultants volunteer their time pro bono, ESC-NNE charges for its services, applying a flexible pricing model with tiered pricing tailored to the annual revenue of each organization. At the same time, consideration is given to an organization’s budget for a particular project. For instance, if the project is funded by a grant, the fee is kept within that budget. In northern New England, fees range from $1,500 for facilitating a strategic planning retreat to between $12,000 and $15,000 for a strategic planning process stretching for months and requiring extensive research.

Post conceded that, despite its cadre of accomplished marketers and communicators, ESC-NNE has not established a presence in the crowded marketplace for consulting services to match its talent.

But, she said, “sometimes you have to eat your own dog food.”