NH nonprofits in a battle to survive

‘Time of crisis’ shuts down a range of revenue sources 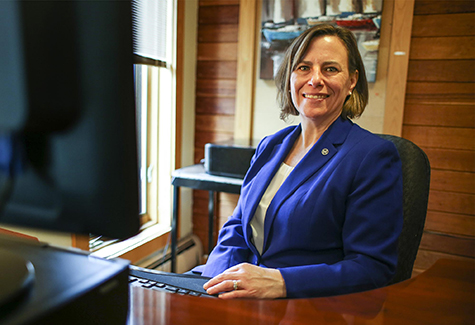 A survey conducted by the New Hampshire Center for Nonprofits during the week of March 23 found 85% of nonprofits said they were already experiencing or anticipate experiencing financial hardships, said Executive Director Kathleen Reardon. (Photo by Cheryl Senter)

The harm done to New Hampshire’s nonprofit industry brought by the global Covid-19 pandemic has been swift.

She said the foundation is moving $5 million in three weeks to nonprofits through several different initiatives. “Private philanthropy is moving quickly to get money out … we can be a bit of a bridge while waiting for public funds.”

The foundation has created a Community Crisis Action Fund, which raised $1.7 million in a week with more funds coming in every day.

“We are humbled by our donors,” she said. “This (funding) provides fuel and hope, which is what we all need right now.”

In 2019, there were 6,547 charitable 501(c)(3) organizations in New Hampshire employing more than 83,000 people and generating $11 billion in revenue and $4.6 billion in wages, according to the New Hampshire Center for Nonprofits.

It’s clear the numbers for 2020 will be very different, especially since the spring is traditionally a time many nonprofits hold their biggest fundraisers. Many have canceled or postponed events, while other organizations are trying online versions of their events.

NH Center for Nonprofits Executive Director Kathleen Reardon said the center conducted a survey the week of March 23 about the impact Covid-19 was having on nonprofits. Of the more than 300 respondents, 85% said they were already experiencing or anticipate experiencing financial hardships. In addition, 50% of nonprofits reported an increase in staff and/or volunteer absences and 67% have had to cancel or reduce services.

“All kinds of revenue streams are being impacted,” said Reardon. “In our survey, 64% said they have canceled major funding events, and for some of those it counts for more than 25 percent of their annual revenue.”

Cross Roads House in Portsmouth, one of the state’s largest emergency shelters, opted to postpone its largest fundraiser, Benefit by the Sea slated for May 2, until Aug. 29.

However, the new event date falls into their next fiscal year.

“This has been a huge economic hit for us,” said Executive Director Martha Stone. “We raise about $400,000 at that event, and we were well underway in terms of getting sponsorships committed.”

In the meantime, Stone and her staff continue to seek donations to keep the shelter, which houses an average of 110 to 120 people a day, including families as well as single men and women. They have a list of needed items on their website and their Amazon wish list.

“It’s a nice way for people who recognize our needs and want to help,” Stone said, adding that financial assistance is their number one need.

“Three-fourths of our funding to run the shelter 24/7 comes from donations,” she said. “This (pandemic) doesn’t change that for us.”

‘A time of crisis’

Catholic Charities NH, which has nearly 1,000 employees, served more than 120,000 individuals last year and was fortunate to have held its fundraisers before the emergency declaration. It operates a range of programs, including seven skilled nursing facilities, the New Hampshire Food Bank, a sober home, as well as counseling, education, adoption, volunteer and immigration services. 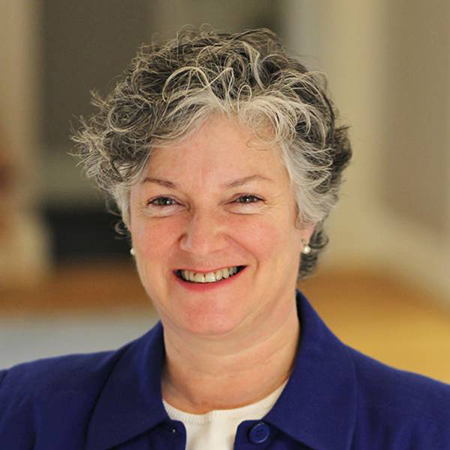 With so many nonprofits struggling while being called upon to do more, there has never been a better time to donate, says Katie Merrow, New Hampshire Charitable Foundation. (Photo by Cheryl Senter)

“Obviously in a time of crisis, our mission is really unbreakable. This brings it to the forefront more than ever before that our mission is to serve the poor, vulnerable, and needy across New Hampshire,” said Michael McDonough, executive director of marketing and communications.

Catholic Charities has created a Crisis Fund, which will provide emergency financial assistance to individuals and families in need; food assistance to disabled, homebound and isolated seniors in the Greater Manchester, Greater Nashua and the Monadnock Region; childcare expenses for essential healthcare staff across Catholic Charities NH’s skilled nursing facilities; and access to teletherapy for uninsured individuals struggling with anxiety, stress and unexpected life changes.

In the meantime, McDonough said, counselors have had to switch to providing telehealth services or over the phone, and their nursing facilities have had to prohibited visitors.

Meanwhile, such programs as Caring Cupboard are continuing with the help of volunteers who drop off food to those unable to leave their homes, and the Caring Rides program is still operating, said McDonough.

But Karen Moynihan, Catholic Charities senior director of development, said outside groups that typically host fundraisers to support some of their programs, such as Liberty House, a substance-free transitional housing community for homeless veterans in Manchester, have had to change to an online format.

“We’re still very new into this,” Moynihan said of the changes caused by Covid-19. “We have to see how this is all going to shake out.”

Nonprofit revenue, Reardon said, comes from many sources, including donations, grants and fundraising events, but also program and service fees.

For example, organizations reimbursed for services by schools won’t see that money because the schools have gone to remote learning.

Merrow also noted that federally qualified health centers, for example, rely on patient co-pays as part of their revenue stream, but fewer patients are coming in for appointments. Childcare centers are seeing a drop in attendance since many parents are working from home, which is revenue they may not recover.

Nearly 40% of New Hampshire nonprofits provide health and human services – the folks that are providing direct care and services on the frontline of the pandemic. So far, many organizations have seen an increase in the demand for services, and thus an increase in expenses.

Reardon and Merrow pointed to Meals on Wheels, which has seen an unanticipated increase in the demand for food delivery that has spurred greater packaging, food and transportation costs while the number of volunteers has gone down.

“Now they need to increase their financial requests,” Reardon said.

To assist organizations, the Center for Nonprofits has been in communication with the congressional delegation and state officials to make sure nonprofits are included in relief packages, said Reardon.

The center also will be offering training and has created a Covid-19 resource section on its website to serve as a place for vetted information, including guidance from the Charitable Trust Unit of the Attorney General’s office regarding nonprofit operations and meeting laws and how what the Families First Coronavirus Response Act means to nonprofits.

The center is also hosting a webinar April 8.

“We want to make it easy for nonprofit leaders to find what they need,” Reardon said.

The Charitable Foundation’s immediate goals through its Community Crisis Fund are to address pain and hardship for the most vulnerable and to reduce stress on critical systems like healthcare, emergency response, childcare, and food security. To address those needs, the foundation is offering a variety of support, such as:

The New Hampshire Department of Health and Human Services has partnered with the Charitable Foundation to provide $4 million in federal funding for an Emergency Child Care Collaborative, which will provide emergency childcare for parents providing essential services during Covid-19 such as health care workers.

“We have 900 child care centers in New Hampshire and not all of them will stay open,” Merrow said.

The fallout from the disruption of employment and business operations is yet to be seen, said Rosemary Heard, executive director of Concord-based CATCH Neighborhood Housing.

CATCH offers housing and education services in Merrimack County by constructing new affordable housing units and revitalizing existing housing in an area where affordable rental options are limited. It owns and manages 325 rental apartments for more than 700 children, adults and seniors. Additionally, it has 24 market-rate apartments in downtown Concord.

CATCH will apply for all the loans and relief funding it can, but Heard is concerned about how much her organization could get considering how many others are doing the same thing.

“Nonprofits are going to see a big hit,” she said. “We are going to take advantage of any funding that comes down the pike.”

However, she is also concerned about her residents and others who have lost jobs and incomes. “I am worried about people who get so far behind they may never catch up.”

With so many nonprofits struggling while being called upon to do more, Merrow said there has never been a better time to donate.

“Give to your favorite nonprofit whether it’s an environmental group or an arts group,” she said. “Give to United Way. They have local crisis funds. There will be long-term effects of this.”