Rents remain high in NH with impact of pandemic unclear 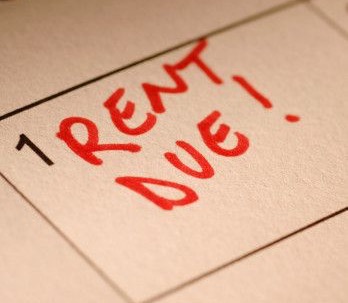 Vacancy rates went up for the first time in a least a decade, but so have rents, according to a survey distributed in the middle of the pandemic by the New Hampshire Housing Finance Authority.

The vacancy more than doubled to 1.85%, compared to last year, but it was so low to begin with (0.8%) that it is still far below more normal rates of 5.5% for the Northeast and 6.6% in the United States, according to the annual survey of 21,000 units taken from March to May.

It is unclear whether the figures reflect the impact of the pandemic on incomes.

“There is the possibility that some units turned over less rapidly because of concerns about Covid-19 or that some households might have consolidated into one in order to save on expenses, but we have no way of knowing or measuring this,” said the NHHFA in response to a NH Business Review inquiry.

Many tenants have lost their jobs during that period, but many low-income workers also have gotten enhanced unemployment benefits that may have exceeded their previous income. In addition, the state banned evictions starting in mid-March until July 1, so it was in effect for most of the time the questioning took place.

Since the survey, Governor Chris Sununu has lengthened the time it takes to evict a tenant, so the first evictions can’t really start until August, and he has allocated $35 million of CARES Act funds though the Community Action Agencies that could be used for back rent. As of July 23, some 3,445 tenants have applied, but only 77 had been approved for a total of $260,000. Sununu vetoed a bill that would have prevented evictions for six months if the tenant accepted the landlord’s payment plan.

In any case, rents appeared to have not been affected.
Median rents, including utilities, went up on a two-bedroom apartment by 4.9%, to $1,413, about the same rate as usual, and much higher than the rate of increase for income and most other consumer prices. (The increase on all median apartments has slowed slightly, by 2%, to $1,283. One bedrooms went for nearly $1,100.)

That’s more than what many renters can afford to pay based on their income, which has been going down for renters, while going up for homeowners, over the last three years. The median income for renters – based on census data – is $45,000, meaning their affordable two-bedroom would be about $1,127.

To put it one way, less than quarter of two-bedroom units are affordable to the median renter.

Or, to put it another way, the median renter’s family would have to make about $56,000 to afford that median two-bedroom apartment, about a quarter more than what that family currently makes.

Or, yet another way to look at it, 44% of all renters are paying more than 30% in rent and utilities. (One small consolation, besides the easing of the vacancy rate, is that utility costs did go down since last year.)

Rents, affordability and vacancy rates varied considerably by county. Rents for a two bedroom are highest in Rockingham County at $1,623, a figure that has gone up 28% in the last five years, then followed Hillsborough County at $1,534, a 26% increase. In Coos County, the median rent is $888, which went up 12.7%. Carroll County had the secondly lowest median two-bedroom rental: $1,077 (and the lowest increase: 7%).