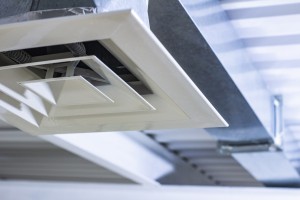 Multimillion-dollar ventilation projects in New Hampshire schools are being left unstarted while the state and U.S. Departments of Education sort out how to approve spending money from the Covid relief bill passed in December, the Union Leader reported.

The package passed in December listed heating, ventilation and air conditioning projects as acceptable uses of the $156 million that came to New Hampshire schools in January.  Months after the funding was announced, the state Department of Education has been telling districts that federal guidance requires they sign off on projects before they go out to bid — an unusual requirement for school construction projects.

The newspaper reported that New Hampshire’s congressional delegation wrote a letter to Secretary of Education Miguel Cardona, asking him to clear up what they said was confusing guidance, and remove the requirement to get projects approved before districts started collecting bids.

In the letter, they urged the secretary to work with New Hampshire’s Department of Education school districts “to ensure that students, teachers and other school personnel return to safe and well-ventilated school buildings in the fall. They also pointed out that Congress “intentionally” the Covid funding flexible “so that it could meet the unique needs of school districts and their communities to support remote learning when necessary and get students and teachers to safely return to full-time, in-person instruction as soon as possible.

Ventilation projects around the state are on hold because of the delay, including in Nashua and Somersworth, where a $2.1 million project was eagerly awaited.

The district went through the process of collecting bids and planning the project but is still waiting for approval, but the delay was too long and the district won’t be able to meet its expected summertime completion schedule, Superintendent Robert Gadomski told the Union Leader.