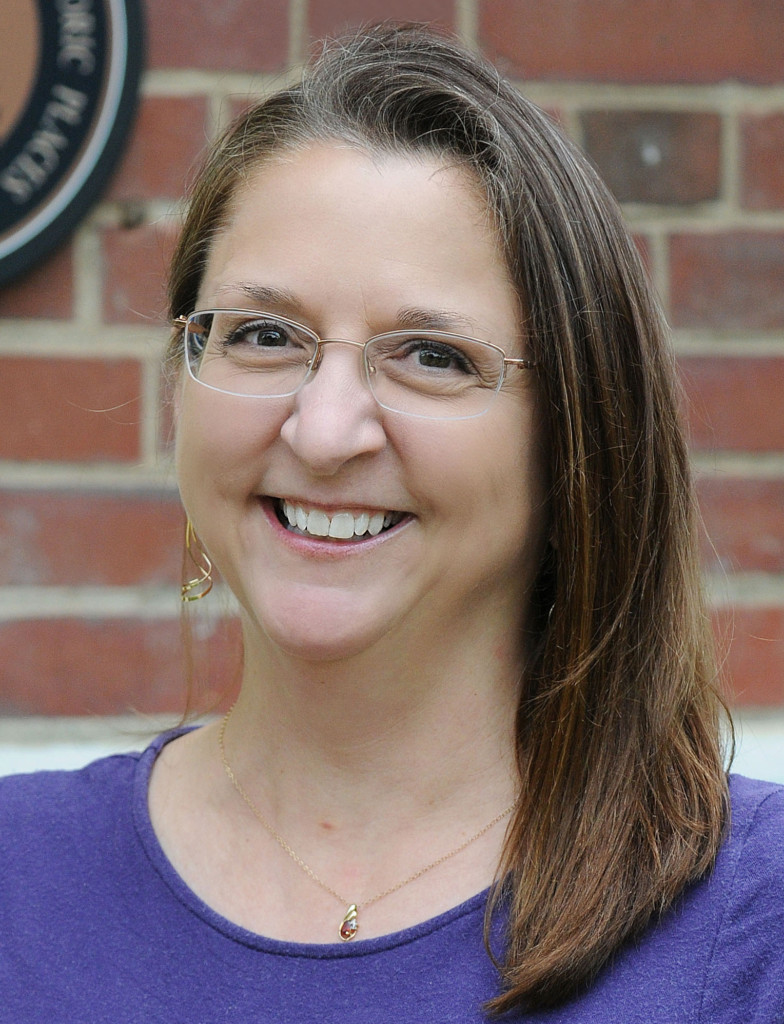 ‘There are tremendous economic benefits to the rehabilitating of historic properties,’ says Elizabeth Muzzey, who is set to step down as director of the state Division of Historical Preservation at the end of July after 12 years in the job. (Photo by Jodie Andruskevich)

Elizabeth Muzzey has been at work on historical preservation for so long that she has become something of an historical landmark in her own right.

“I did some research and found I’m the longest running Historic Preservation Officer that New Hampshire has had,” says the director of the Division of Historical Preservation in the Department of Cultural Resources.

Her nomination for the position by Gov. John Lynch was confirmed by the Executive Council in 2007. Her last four-year term expired in October of last year, and she has continued in a “holdover” status since then.

In March, Governor Sununu announced her successor with the nomination, since confirmed, of Benjamin H. Wilson, currently director of the Bureau of Historic Sites in the Division of Parks and Recreation. Muzzey will stay on through July 31.

Q. What exactly are historical resources?

A. Historical areas and places in New Hampshire are places people value because it’s our history and our culture, our architecture and archaeology, our engineering and our traditions. The thing that most often comes to mind are historic buildings, anywhere from a downtown commercial center to the New Hampshire State House, to a beautiful home in your neighborhood.

Q. How old does a site have to be to be considered historic?

A. There are a number ways to judge. In New Hampshire, archaeologists say there are sites that are 12,000 years old. In the North Country, there are sites that old that are protected, very significant archaeological sites from the Paleo-Indian eras. Some are places where New Hampshire’s earliest inhabitants lived in villages and had their work areas. Others are their hunting grounds and others are where they were traveling in seasons, living in one place in the winter and another in the summer, depending on food sources.

But we have far newer resources that are important as well. Certainly the Albacore submarine in Portsmouth was recognized as a National Historic Landmark before it was 50 years old. And we listed a covered bridge in Henniker on the State Register of Historic Places when it was 40 years old. Generally, enough time needs to pass that we can look at a resource objectively to determine whether or not it’s significant.

Q. How many covered bridges do we still have in New Hampshire?

A. We have covered bridges of all ages, some modern, some dating back into the 1800s. We have 54 covered bridges in New Hampshire in what remains of almost 400. We’re fortunate to have those 54. We’ve lost a huge number over the years, due most often to fires and floods.

Q. Have some been lost because they were in the way of a road widening or some other state project?

A. If we think in terms of the way we travel across bridges, it’s difficult to send a tractor-trailer across a covered bridge that was designed for a horse and carriage. There are a number of other historic bridges – stone arch bridges and others made of concrete or steel that are still historic and still standing today. They are often in places where traffic pressures are low, in locations that are more suitable. It would be tough to have a covered bridge on I-93.

Q. How does a site become designated as a historical resource?

A. The first step is understanding a resource and why it is significant, and with that understanding a property could be listed to the New Hampshire State Register of Historic Places or the National Register of Historic Places. It could be a national historic landmark or perhaps something recognized with an historic highway marker, or even by a local designation program that a town or city may administer.

Q. How are the sites protected?

The federal laws include a tax incentive program to encourage the use of underutilized historic buildings by offering project proponents a tax credit that equals 20% of their project expenses if the project preserves most of the historic characteristics. The National Parks Service and the IRS administer the program. Our job is to help them meet the program’s requirements.

Q. And what do those standards require?

A. Years ago the National Park Service published a set of standards for the rehabilitation of historic properties. Mainly they call for retention of as much of the historic fabric as possible, while recognizing that the property is being put into new uses. Among the tax credit projects here in New Hampshire, we’ve seen the conversion of a barn into a furniture store and the conversion of a school into housing.

There are tremendous economic benefits to the rehabilitating of historic properties. Rehabilitation projects create jobs and are more labor-intensive and require more highly skilled workers than other kinds of construction. The permitting and approval process may be easiest if a developer is saving a community landmark. Interestingly, when the private sector renovates an historic building, using tax incentives, that has a positive benefit that ripples across the community.

For example, when the stone mill in Newmarket was rehabilitated for housing and commercial use using tax credits, a neighboring property owner used tax credits to rehabilitate a blacksmith shop, and now stores and restaurants along Main Street are thriving with increased street traffic and new patrons.

Q. Are there any incentives for the owner of an historic property to simply leave it as it is?

A. We do have a discretionary easement program that can apply to historic agricultural sites, such as barns. In that program, the barn owner can work with local officials to demonstrate the property meets the program requirements and agree to keep the barn in good condition throughout what is typically a 10-year easement period. In exchange for all that, the owner receives a reduction of the assessed value of somewhere between 25 and 75%.

Q. What role do you see historic preservation playing in maintaining or enhancing the state’s identity or brand?

A. Well, we know that tourism is very important in New Hampshire, and heritage tourists tend to stay longer and spend more money while visiting historic places. We don’t have good numbers here on how many come here to visit historic places versus skiing or hiking or fishing. We know more than half are doing scenic rides or sightseeing, and our historic downtown sites and villages are an important part of that.

Q. When thinking of historic villages, the images that spring most readily to mind are of small towns and rural settings. Does historic preservation play a key role in the life of cities as well?

A. Absolutely. If we think of a place like Manchester, with wonderful high-style buildings, designed by prominent architects, that very much contributes to the downtown character of Manchester. We can think of some places like Portsmouth with historic street lines, with buildings that date back to the 1600s. In Hanover or the city of Nashua, we have some wonderful examples of mid-century modern buildings that are quickly becoming historic.

Q. How many are on your staff and what do you have for a budget?

A. About a dozen. We receive funding from the federal government through the National Parks Service, matched by funds from the state of New Hampshire. We also try to be entrepreneurial and apply for grants for special projects. So if we total that up, our annual budget is typically around $1.5 million.

Q. Your office was created in 1974. Was there a surge of interest at that time in historic preservation?

A. In 1966, the National Historical Preservation Act was passed. There was a big concern across the country that the growing pace of development was resulting in the loss of many historic places and archeological sites. For the first time, the law assigned the federal government responsibility for historical resources. For a number of years before 1974, advocates in New Hampshire worked to create a state Office of Historical Preservation. A recent study by the University of New Hampshire showed 97 percent of people in New Hampshire care about preserving historical places. That was also true back in the 1960s and ‘70s.

Q. Anything else you’d like to mention about your 12 years in the office?

A. A favorite project. We introduced the Enhanced Mapping and Management Information Tool, or EMMIT. One of our most important responsibilities is to maintain an inventory of all of the historical places and archaeological sites across the state. Until now, it was all in paper records in file cabinets in our office.

We’ve now digitized more than 16,000 documents and created a map-based online inventory of these historical and archaeological records. Now they’re available 24/7 to subscribers to our EMMIT service, and more information is available on our web site.

Q. What will you do after you leave at the end of July?

A. I may take a few months off to figure out my next step. My garden needs work. Maybe that’s what I’ll be doing in August.

A. That’s always a priority.