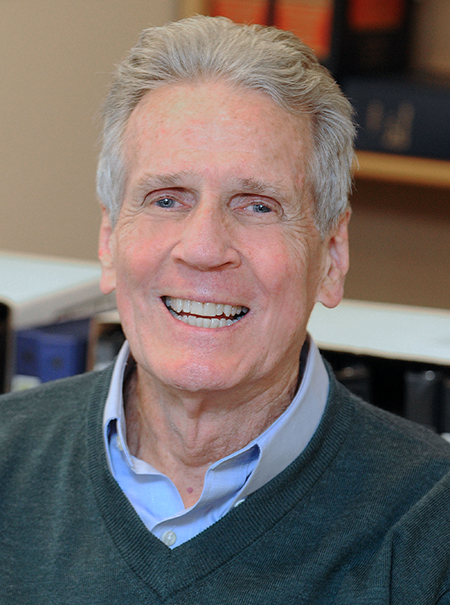 Business and tax lawyer John Cunningham has long been immersed in the byzantine world of the U.S. tax code, having followed his graduation from the University of Pennsylvania law school with a five-year stint as a trial lawyer in the Tax Division of the U.S. Department of Justice. He later joined the Foreign Trade and Tax Department of the international law firm of Baker McKenzie in Chicago.

In the early 1990s, he and his family settled in Concord, where Cunningham chaired a committee of lawyers advocating passage of the state’s first Limited Liability Company Act. He is author of the 1999 book, “Drafting Limited Liability Company Operating Agreements,” and for the past year he has been writing and speaking about the Tax Reduction and Jobs Act of 2017 and advising clients on how to obtain and maximize deductions under a new provision it has added to the Internal Revenue Code.

Q. What is section 199A and why is it important to New Hampshire businesses?

A. It’s a section that provides an extraordinary federal income tax deduction to owners of closely held businesses, not public companies. For, I would say, about 45 percent of all business owners, it’s a deduction of 20 percent of business income.

Let’s say this year my business income is $200,000. With a deduction of 20 percent, I would pay a tax on $160,000. My guess is that would save me at least $7,000 in my federal income tax. It’s one simple deduction if you own a pass-through business – an entity that is not taxed at the entity level, but is taxed on the income that is passed through the entity to a sole proprietor, the shareholders of an S corporation or a multi-member Limited Liability Company.

Q. Does it matter which of those organizations you’re in as far as benefiting from that deduction?

A. The shareholders of an S corporation have to pay themselves compensation, but if they’re in a partnership, they don’t. Your net business income is much higher if you don’t have to pay the partners compensation. The higher the income, the higher the 199A deduction. So you’d rather get the deduction on, say, $100,000 than on $30,000. We’ve got thousands of S corporations being taxed as S corporations, when they ought to be taxed as Limited Liability partnerships.

Q. What are some of the complications involved in a business restructuring?

A. It’s quite complicated. New Hampshire law lets you do a statutory conversion from a C corporation to an LLC, but let’s say you’re manufacturing and selling widgets. You have to let that thing die and you transfer the entire business into a multimember LLC, taxable as a partnership. How are you going to manufacture widgets as an LLC? The answer is, you lease the widgets. You lease the assets to the new company. It doesn’t own the assets, it leases them from the old company.

A. For one thing, you have to create a whole new entity that’s going to be taxable as a partnership. You have to have a written partnership agreement. What if Joe Blow’s wife dies? Does his wife get his share? What if he hated his wife? Do the other partners have to buy her out? What if there are disagreements over who should be hired or fired? You’ve got to contractualize all that.

Q. You’ve noted that the 119A deduction has been written to expire in 2025. How confident are you that the Congress at that time will renew it?

A. I think it will. Many tax professionals believe that Congress is likely to extend the section indefinitely. What would happen in the United States if 50 percent of the business owners would have this deduction and then lose it overnight?

A. They were issued by Treasury Department on Aug. 8, 2018. They provide that taxpayers can rely on them as if they were final, even though they are proposed and we don’t know when the final regulations are coming. It could be weeks or it could be years. My wild guess would be it will be about three months from now.

There is also a little known but powerful IRS regulation you can use to greatly reduce your self-employment tax and your Medicare tax if you structure your LLC operating agreement under the proposed regulations. It’s proposed regulation 1.1402 (a)-2. It’s dynamite. If you commingle that with a 199A deduction, you’re saving money in federal taxes big time.

Q. As you well know, large corporations employ tax lawyers. But how are owners of small businesses supposed to find their way through the incredible maze of sections, subsections and an endless array of regulations and proposed regulations, all written in a language you have called “taxese”?

A. Why is it written in “taxese”? It’s because every Internal Revenue Code provision has its meaning only with the total structure of the IRS code. That is a very complex structure because our economy is very complex, In my book I wrote a general overview of 199A, and that alone is 226 pages.

Q. You’ve also said that a CPA “may not be permitted” to advise clients on restructuring their businesses to take advantage of that provision. Is there a law against that?

A. They’re not allowed to give advice on business organization because that’s not a tax matter, that’s a matter of law. They can’t give you advice about the written operating agreement unless they’re licensed to practice law in the state of New Hampshire, they’d be practicing law without a license. Very few CPAs in New Hampshire also have a license to practice law.

Q. So owners of even small businesses need to hire lawyers in order to pay their taxes?

A. I can understand why someone might not want to spend thousands of dollars for legal advice, but what you save on your federal taxes each year can be several times what you pay one time in legal fees. But I don’t think many lawyers in New Hampshire have a comprehensive knowledge of Section 199A and how to restructure to maximize your deduction. It’s like it’s written in Chinese. It’s very hard to understand and knowing the restructuring techniques is the hardest part of all.